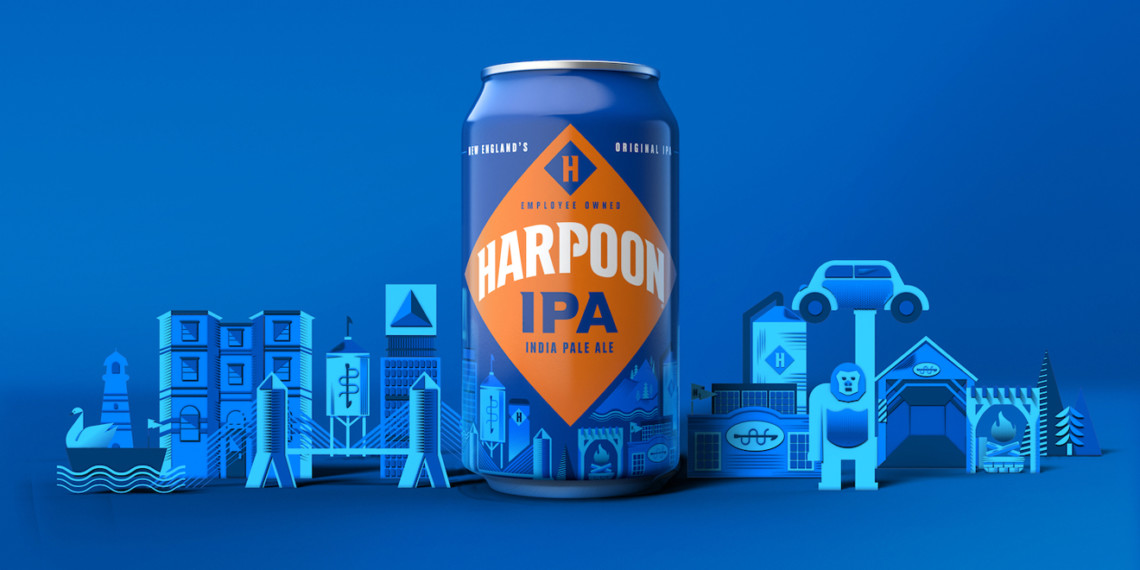 The "blurple" background includes prominent features of the Boston skyline (plus a few from Vermont, where Harpoon runs another brewery.) - Credit by Harpoon Brewery

It’s hard to imagine a time when India pale ales were an exotic rarity, but if you were kicking around the East Coast in the 1980s, they actually were.

In those years, a handful of California brewers began to revive the strong, hoppy beer (named after the brews that England began exporting to its colonies in the mid-18th century), but East Coast drinkers would have to wait—specifically, until 1993. That year, Harpoon Brewery (established seven years earlier by three college friends after a sudsy romp through Europe) began making IPA at its brewery in South Boston. In a few short years, it became the brand’s bestselling offering.

The pioneering brewer invariably encourages competitors, of course, and these days the list of brands that make IPA could stretch from here to Bangalore. For Harpoon, then, the crowded field made it essential to not only to stand out more on the shelf, but to remind drinkers of what sets the brand apart. 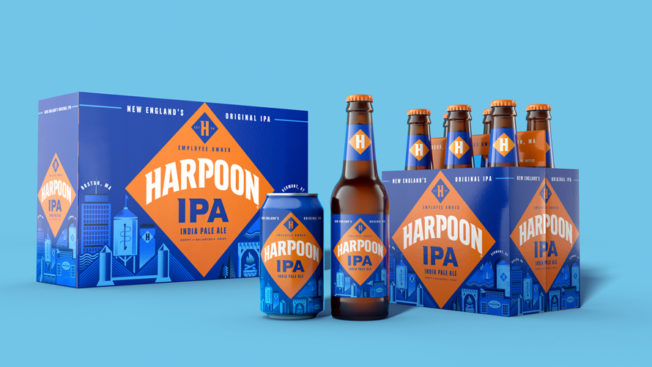 Harpoon has been brewing IPA in South Boston since 1993.
Harpoon Brewery

“We needed meaningful points of differentiation to give people a reason to purchase Harpoon IPA,” said Jon London, CMO of Mass Bay Brewing Company which includes Harpoon. “What was it about the brand that would really resonate with drinkers? We heard [from customers] that it’s all about our history, our authenticity, our sense of community.”

“Harpoon started the craft movement in the Northeast, and over time they became well known in the community,” added Steve Dunphy, executive creative director of Chase Design Group, which undertook the refresh. “They had a great story to tell, but they weren’t telling it on the packaging.” 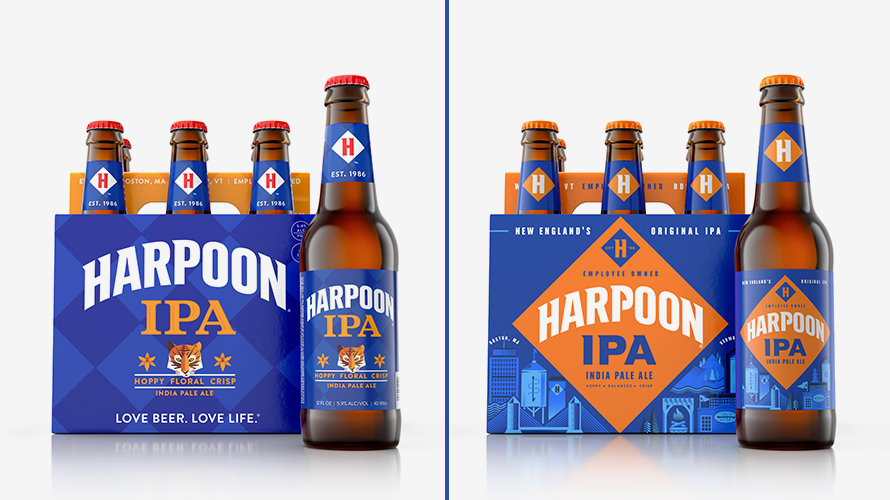 The 2016 packaging (left) and the revamp that just debuted.
Harpoon Brewery

In London’s view, the brand’s new look does tell that story now. But, importantly, it does it with a look that’s still familiar enough not to alienate longstanding customers. Introducing a design that’s both new and familiar, and one that conveys a sense of heritage in the split second a shopper will spend looking at it, was a particular challenge for this project.

Below are a few of specific design elements that got the job done. 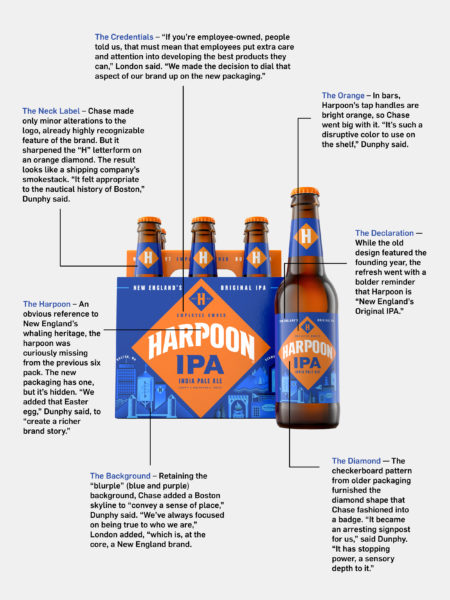