She tapped into nostalgia and got fans excited with teasers 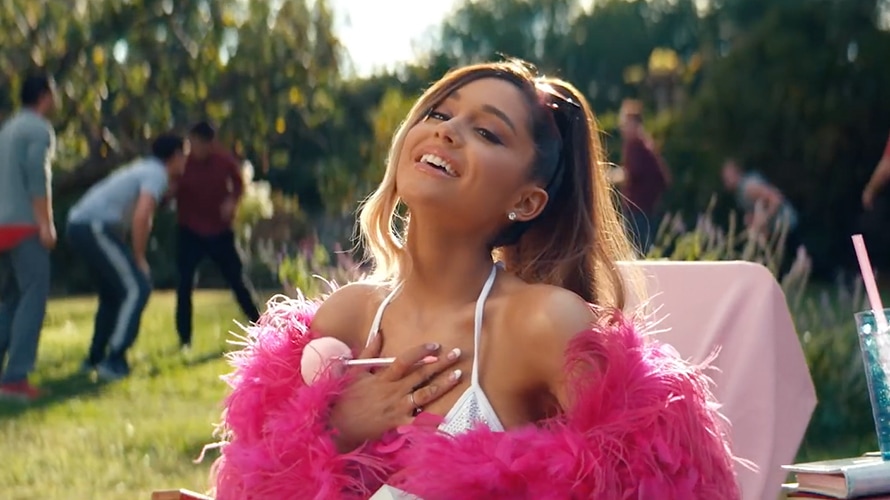 This past weekend, pop star Ariana Grande released the companion music video for her chart-topping hit “Thank U, Next,” creating the sort of mass-market cultural event that has become increasingly rare since the heyday of MTV. The video, a tribute to popular female-led movies from the early 2000s, quickly surpassed YouTube’s all-time record for most views in the first 24 hours of release and continues to climb.

While the 25-year-old chanteuse is no stranger to the spotlight, the “Thank U, Next” video drop was a standout example of how a carefully-crafted marketing strategy can deliver big results and used principles and best practices that are useful for marketers in any category.

The “Thank U, Next” video drop was a standout example of how a carefully-crafted marketing strategy can deliver big results and used principles and best practices that are useful for marketers in any category.

There’s no denying that much of the success of “Thank U, Next” has been driven by the cultural relevance of Ariana Grande as a public figure and gossip mag mainstay. The ups and downs of the singer’s very public personal life have generated an incredible amount of conversation over the past year, inspiring everything from news headlines to SNL skits. However, to create the “Thank U, Next” video, Ariana’s team wasn’t content to rest on their boss’ status as one of the biggest celebrities in the world. Instead, they built a content piece rooted in one of the most powerful forces in culture today: nostalgia.

By paying homage to scenes from classic 2000s movies, like Bring It On and Mean Girls, and incorporating contemporary figures in pop culture, “Thank U, Next” transcends being merely relevant to becoming an object of surprisingly meaningful cultural resonance. Brand marketers would do well to follow this example. Whether they’re determining product selection or casting talent, marketers should always strive to understand and make use of the elements that will resonate most with their audiences.

Grande’s team treated the music video drop like a live event, creating anticipation in the days leading up to the release by sharing behind-the-scenes photos and teaser videos. They also tapped key influencers on the production itself, getting people like director Hannah Lux Davis to contribute to the conversation. As anticipation continued to mount, even major brands got in on the fun.

This strategy is effective for more than just music video premieres. Whether you’re preparing a product launch or the debut of a new marketing campaign, it’s important to make sure you don’t waste your moment. Leveraging teaser content, social conversation and other techniques in the lead-up to launch can be an effective way to create anticipation among your audience and drive early word-of-mouth.

Consumers will be creators if you give them the right tools

The song’s release may have inserted itself into the pop culture conversation, but fans played a crucial role in helping it take over the internet. Beyond just releasing the video, the team behind it made sure that a custom Snap filter and branded Instagram Stickers were available the moment the video went live. This gave fans the tools they needed to celebrate the moment in a way that was personalized to them.

This strategy holds a valuable lesson for marketers. When approaching a tentpole moment, it’s crucial that brands think about how they can help their audiences get involved. Supplying consumers with the right tools will allow them to not only participate in the conversation but to actually co-create that conversation. This, in turn, will lead to more authentic word-of-mouth and a more personal connection between brand and consumer.

It doesn’t stop there, either.

In the days since the “Thank U, Next” premiere, team Ariana has continued to create a long-tail of conversation, releasing special features and bonus content to keep the fandom on the hook. A quick glance at the recent Google News results for the song’s title show that the video is still easily generating headlines and driving conversation. Clearly, this team knows how to seize their moment and make the most of it. Hopefully, brand marketers are taking notes.