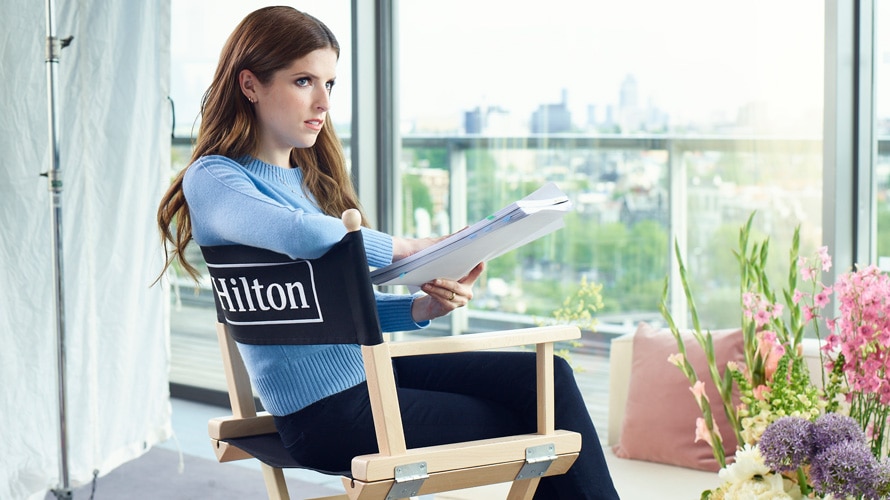 With a loyalty program that will soon reach 100 million guests, Hilton Worldwide is doubling down on its message to customers, asking them to skip the middleman and book their stays directly with hotels.

Online travel agencies (OTAs) like Expedia and Hotels.com make up a sizable portion of the booking industry, and often have more consumer data from the transactions than the hotels themselves.

Loyalty programs like Hilton Honors have a treasure trove of information beyond a customer’s name, address and credit card. The data gathered during booking, like demographics and spending habits, allows Hilton to get to know customers’ personal preferences, like whether they need a hypoallergenic pillow, and target them with promotional material for future trips.

“The more we know about you, the more we serve you,” said Hilton’s CMO Kellyn Smith Kenny, noting that the hotel chain does not share or sell the data collected through its loyalty program. “I don’t think folks understand we literally don’t know anything about you if it comes through a third party.”

Hilton
“There is a big push now to own the customer,” said Srikanth Beldona, a professor of hospitality business management at the University of Delaware. “You own the customer by making sure you own the data.”

OTAs, which allow hotels to sell their vacant rooms, made up about 19% of the U.S. travel market in 2018 and captured about 38% of all online bookings, according to the research group Phocuswire. That figure hasn’t changed much over the last several years, according to Stephen Shur, the president of Travel Tech, a trade association that represents OTAs and metasearch engines like Hotwire and Kayak.

“Despite efforts by brands to increase their value propositions to increase booking … the OTA market share in the U.S. has remained stable,” Shur said. “The brands surely would love to have more people in their rewards programs and more people book direct, but the fact of the matter is consumers do love the ability to comparison shop and see all their options in one place.”

That’s not discouraging Hilton, which is looking for new customers in new places. By placing its campaign in both traditional televisions spots and social media like Snapchat Stories, Instagram and, for the first time, Pinterest, Hilton is seeking to enroll millennial and Gen Z customers.

Today, the Hilton Honors program stands at about 94 million members across its more than 5,800 properties, which include Embassy Suites, DoubleTree and Canopy. That still pales in comparison to Marriott, which boasts about 135 million members enrolled in its Marriott Bonvoy loyalty program across 7,100 properties.

Direct booking campaigns aren’t entirely new. In 2016 Marriott’s “It Pays to Book Direct” ad emphasized exclusive rates for loyalty members. And in 2017, Hilton asked guests to “Stop Clicking Around” and book direct to the tune of The Rolling Stones’ (I Can’t Get No) Satisfaction.

While booking direct may lead some customers to enroll in a brand’s loyalty program, it’s also more affordable for the brand since it no longer has to pay a fee to an OTA. Still, the OTA industry is not going anywhere, especially among brand-agnostic customers.

According to a survey commissioned by Facebook IQ, 52% of travelers aged 18-34 who book through OTAs do so because it is convenient.

Both Kenny and Shur made clear that both hotel owners and OTAs see each other as “valued” partners, and that regardless of where a customer books, Hilton will still be providing the same service. Think of them like frenemies.

Still, in the new ad, Kendrick is pretty clear: “Go to Hilton instead of a travel site, and you’ll experience a whole new range of emotions.”