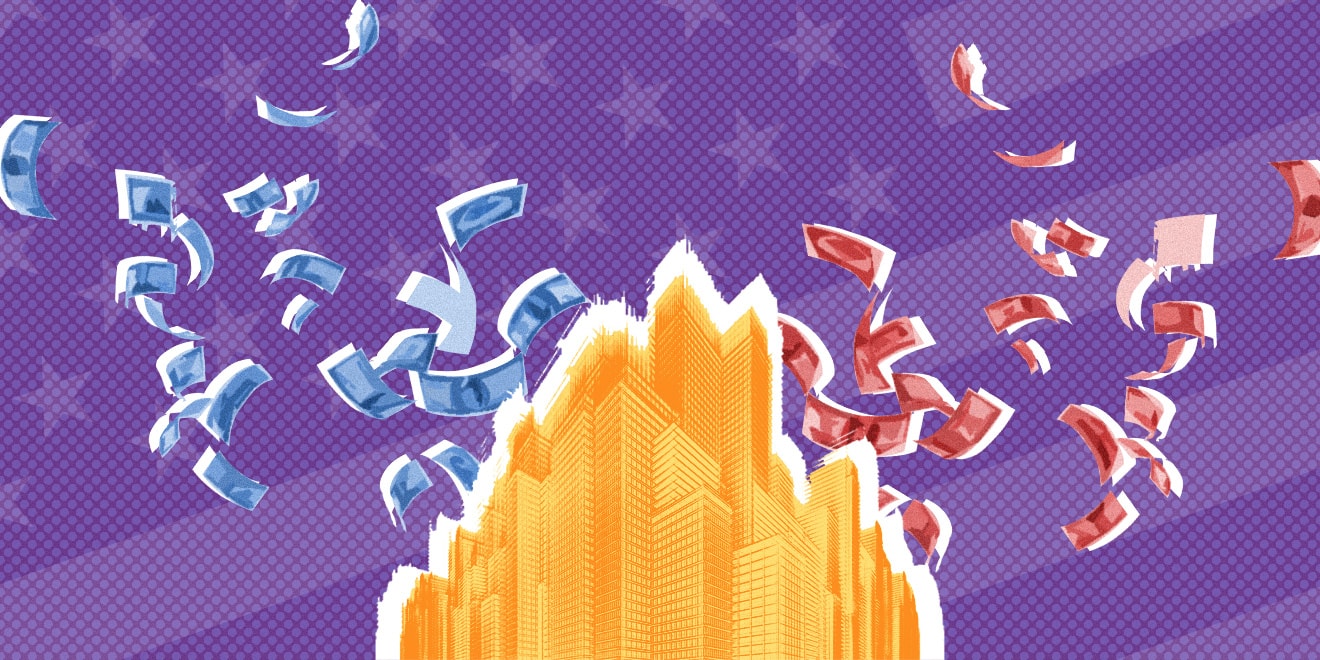 You might expect most big companies would get behind Republicans, but many major brands funnel more money to Democrats. - Credit by Illustration: Trent Joaquin; Source: Getty Images

Now that the winter holidays are over and the dregs of the New Year’s champagne have been poured out, Americans have little choice but to turn their weary heads to this year’s presidential race. And with the electorate more ideologically divided than any time since the Vietnam era, it comes as little surprise that both political camps are building up immense war chests. In the last three months of 2019 alone, the GOP pulled in $154 million. That same quarter, the five leading Democratic candidates reported they raised $115 million.

The river of money flowing into the campaign coffers begs a logical question: Are brands funneling money into the political machinery and, if so, how much—and where?

The answer to the first question is yes, sort of. It’s, in fact, illegal for corporations to give money directly to presidential candidates. However, the affiliates of a company (its employees or a political action committee) can.

So, using data compiled by the Center for Responsive Politics, a nonpartisan, nonprofit research entity, we called up the figures for 10 of the best-known brands in most of our lives.

What emerges is a curious picture. For one thing, you might expect most companies, favoring low taxes and reduced regulations as they invariably do, would get behind the Republicans. And yet, many major brands funnel more money to Democrats, in particular tech companies like Google and Apple. 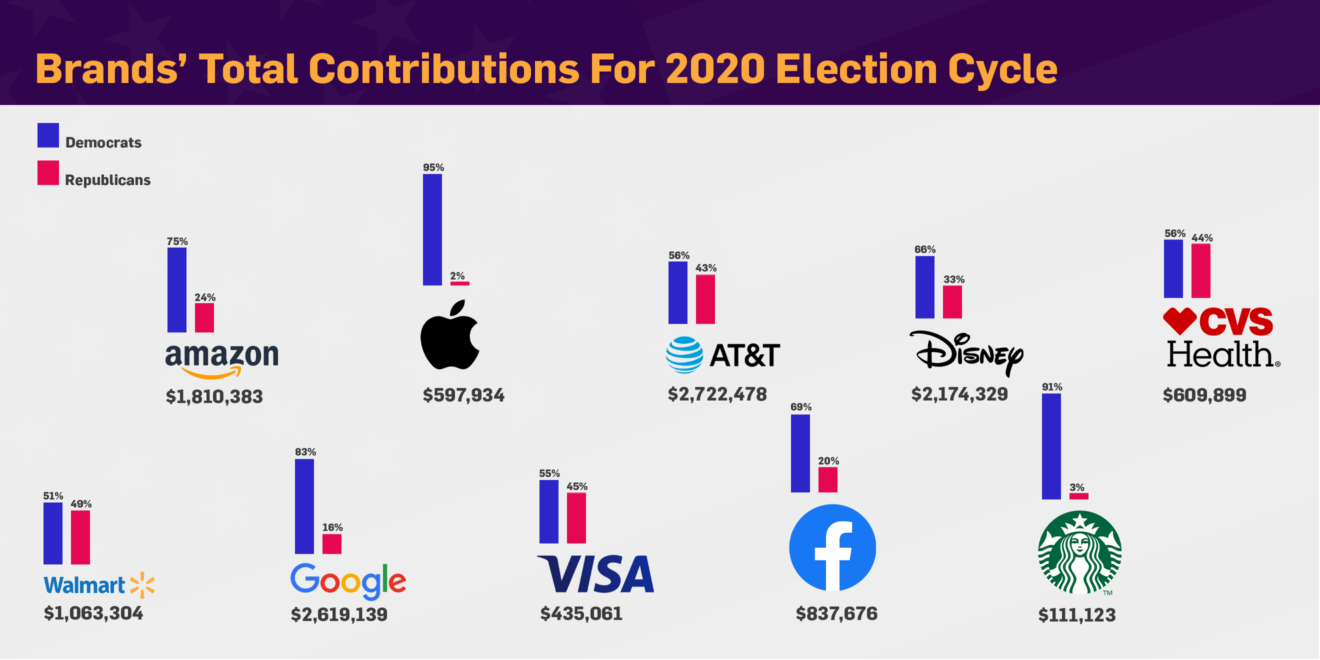 “Silicon Valley has traditionally leaned pretty left,” said CRP’s director of research and strategy Sarah Bryner. Though with all the recent talk about regulation and busting up Big Tech, “tech companies are moving more to the right.”

Many brands, she added, “work both sides.”

Another important point: “Not all people donate based on monetary interests,” Bryner said. “People have ideological interests.” In other words, despite their duties to maximize profits for their employers, company executives still have their personal politics.

Yet, a further surprise in the data is that the total monies given on behalf of major brands are often comparatively small—less than half a million dollars in the case of Visa, for example. But, Bryner stressed, these dollar figures are not only coming from company employees, those employees are limited by a cap. An individual can’t give more than $5,600 to any candidate in any given cycle.

Even so, you’d think a guy like, say, Jeff Bezos (whose net worth is north of $116 billion) would hand over a few buckets of cash. Not so. “Bezos barely gave anything,” Bryner said. “Rich people don’t get rich by giving money away.”

Don't miss Adweek NexTech, live this week, to explore privacy, data, attribution and the benchmarks that matter. Register for free and tune in.
@UpperEastRob robert.klara@adweek.com Robert Klara is a senior editor, brands at Adweek, where he specializes in covering the evolution and impact of brands.