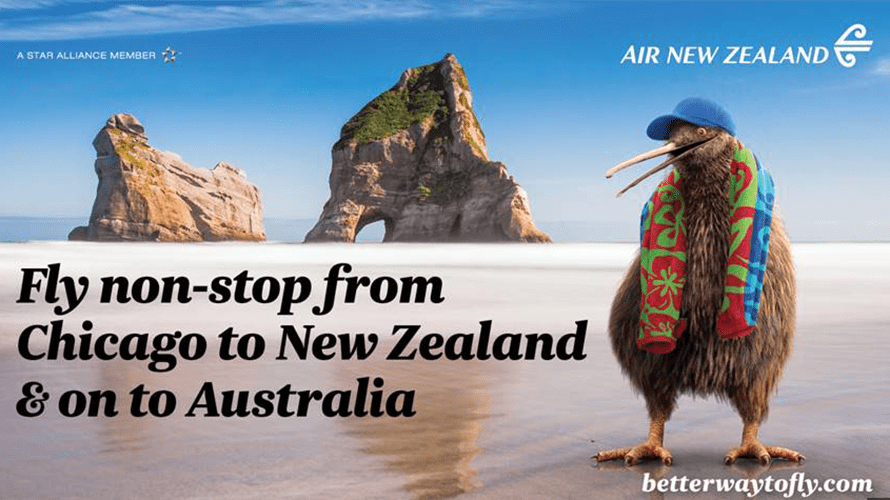 New Zealand is a destination that’s long been painted as otherworldly. The country’s lush landscapes were famously used as a backdrop to all three Lord of the Rings films, and today, it routinely populates across Instagram feeds of wanderlust-inducing accounts. But while this not-of-this-earth reputation has helped earn New Zealand a spot on many travelers’ bucket lists, it also helps create an illusion of New Zealand as far away and as potentially unattainable for American travelers.

Convincing people it’s not actually as distant as they think is the challenge the marketers for Air New Zealand have in front of them. And Erica Beagley, the airline’s senior manager of global brand marketing, said that counteracting that is all about reminding people that the distance—and the flight time—isn’t as long as they assume it is.

“It’s breaking down the barriers around the time difference and the distance,” Beagley told Adweek at Brandweek. “People think, ‘Oh my gosh, it must take 20 hours to get there. It’s ages away.’ But actually, it’s only 12 hours from Los Angeles, 13 hours from Houston, 14 from Chicago. It’s not as far as we think it is. It’s a big flight, but it’s one flight.”

Trying to correct these misconceptions is a cornerstone of Air New Zealand’s marketing, particularly in reaching the massive American market.  Though Beagley admits that even 12 to 14 hours is a long haul, even for the most seasoned travelers, she says they hope to remind customers that the journey is “usually a nighttime flight.” She adds, “You basically sleep, and then you’re there.” 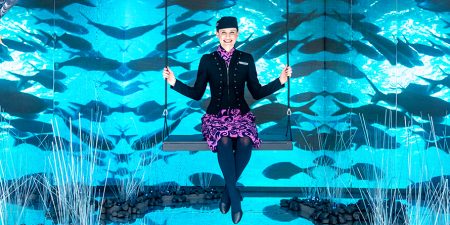 This education has been increasingly important in recent years as Air New Zealand’s expanded further into the American market, with direct routes to and from Los Angeles, Houston, San Francisco and, as of last month, Chicago. The airline promoted that new route with a pop-up experience in Chicago that included tastings of Kiwi cuisine, an infinity room meant to transport visitors to New Zealand and Australia through the use of video and a chance to test out Air New Zealand’s seats and experience its business premiere cabin through VR and AR. These sorts of interactive experiences that consumers might not expect from an airline are part of how Air New Zealand not only sells itself but also serves as an introduction to people who might not be familiar with the airline or the country.

Air New Zealand’s marketing is also more global than ever, a shift from previous years when it was localized and catered to particular markets. Its latest international campaign, “A Better Way to Fly,” features a new mascot—Pete the Kiwi, a friendly baseball hat- and towel-wearing version of the country’s national bird—who is present in the airline’s marketing.

The “Better Way to Fly” campaign not only educates potential travelers, but also about reassures them: Even on a long flight, Air New Zealand will make the journey comfortable. “The Air New Zealand proposition is making travel easy and more enjoyable,” Beagley said. “It is just a better way to fly at the end of the day.” Part of selling that “better way” is through special amenities, like a recent collaboration with Allbirds to create an eye mask, which is made from New Zealand merino wool, that will be provided to business premiere customers. The details of the mask, which include a pointed “beak” at the center, are a nod to the kiwi bird.