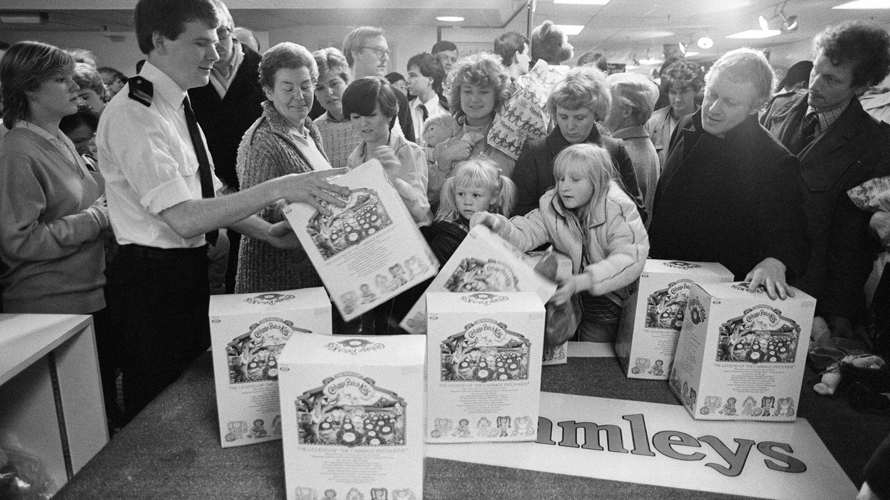 Find a safe place for the birth certificate and adoption paper that came with your Cabbage Patch Kid. - Credit by Getty

It’s not often that an ad campaign works so well that a brand has to yank it for the sake of maintaining civic order. But, 36 years ago, it happened to a toy company called Coleco and a doll named the Cabbage Patch Kid.

Originally branded as Little People, the dolls were created by a Georgia artist named Xavier Roberts using a German method called needle molding to give the fabric faces their signature pudgy pouts.

When toymaker Coleco licensed the moppets in 1982—changing their name to Cabbage Patch Kids—it was not prepared for the demand. As the 1983 holiday season approached, “toy stores [have] become battlegrounds of elbow-throwing, eye-gouging parents gone loco,” reported Adweek (which is celebrating its 40th anniversary this year) in its Dec. 3 issue. Concerned about shrinking supply (and, presumably, broken bones), the toy brand cancelled 60% of its advertising.

“Coleco Industries,” we told readers, “has given the country a lesson in the principle of supply and demand.”