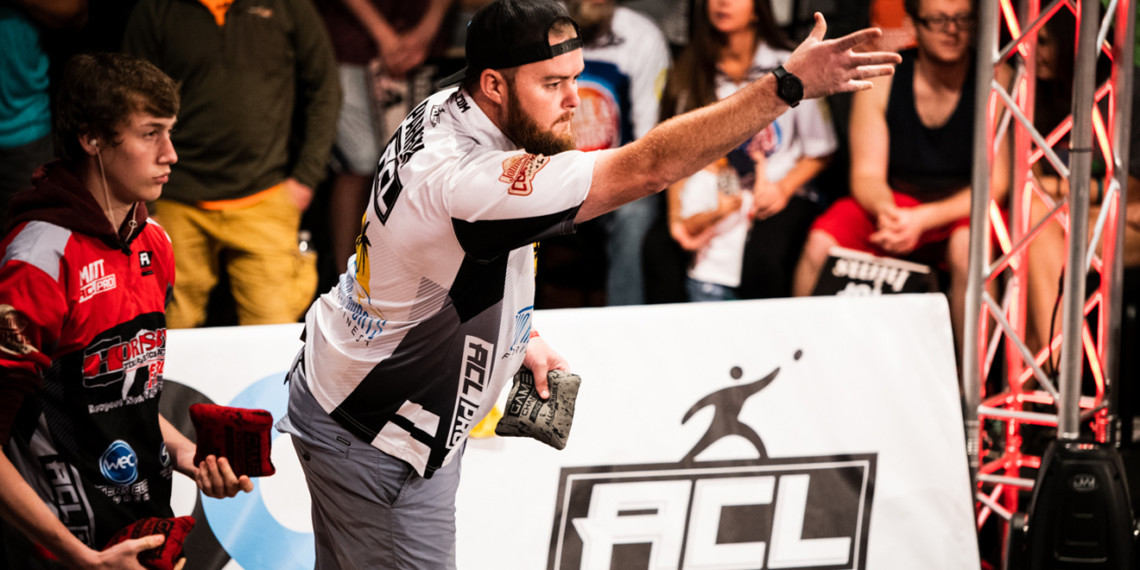 Last summer, New England Patriots star Rob Gronkowski—who retired that March—turned up at the ESPY awards in Los Angeles. Sweating in his suit and tie under the merciless midday sun, Gronk was still gracious as a sports reporter came at him with the microphone. But while every football fan wanted an answer to the million-dollar question (whether the 31-year old star would return to football), the reporter instead asked the former tight end how he’d been keeping busy in retirement. Gronk responded that he liked playing backyard games and rattled off a few. Then he said something that made news around the sports world.

“My favorite game out there is cornhole,” he said. “I love cornhole.”

Gronk wasn’t joking. In fact, the NFL gift shop even sells a $49.99 Rob Gronkowski cornhole bag set. But if the revelation of Gronk’s new favorite sport raised a few eyebrows, it didn’t raise as many as it might have just a few years ago.

That’s because cornhole—a fancier name for what’s essentially a bean-bag toss—has swiftly and silently grown into a major sports franchise, complete with stars, sponsorships and a governing body: the American Cornhole League, or ACL.

Cornhole now boasts 60,000 registered players, and fans watched 29 million minutes of cornhole on the ACL’s digital channels in May alone. Cornhole games dish up the same heart-stopping plays as baseball or basketball, such as champion Daymon Dennis’ 27-foot “airmail” shot of last July, which the misanthropes at Barstool Sports proclaimed “one of the most incredible athletic feats of our generation.” To date, 25 million have watched it.

The 2020 ACL World Championships (which wrap up on Sunday) will pay out over $150,000 in prize money, and next week Topps will debut a commemorative trading card pack in celebration.

But people have been playing some form of cornhole—a game in which cloth bags filled with kernels are tossed toward an angled board with a hole cut into it—since the 14th century. So why is this suddenly a thing?

While cornhole has been waiting in the wings for the last few years (it inked its first three-year deal with ESPN in 2016), Covid-19 is what finally opened the door—though that process was, like the matches themselves, a nail-biter.

In April, the ACL was rolling up its sleeves for its second huge national event of the 2020 season. Some 1,200 players had come to Cleveland’s Huntington Convention Center, which had 175 regulation sets on the floor.

“Everything was ready to go,” recalled Stacey Moore, the ACL’s founder the commissioner. “And then, the night before our event was going to start, they pulled the plug on us.”

Of course, the coronavirus wound up pulling the plug on many pro sports. The NBA iced its season on March 11, for instance, and Major League Baseball followed suit on June 30. (Both have since restarted play, albeit with heavy restrictions.) But for the ACL, cancellation was a broadside, since it lacked the deep corporate pockets that other leagues take for granted.

It did, however, have an edge that most every other professional sport does not.

Because cornhole games feature just two opposing players taking turns tossing bags—unlike, say, football, which necessitates 22 men piling atop one another every couple of minutes—distancing restrictions were relatively easy to implement. So was asking players to wear masks.

“We went back to ESPN and said: ‘We can do social distancing, smaller groups of players,’” Moore related. The ACL would also institute a separation policy for its players on the road.