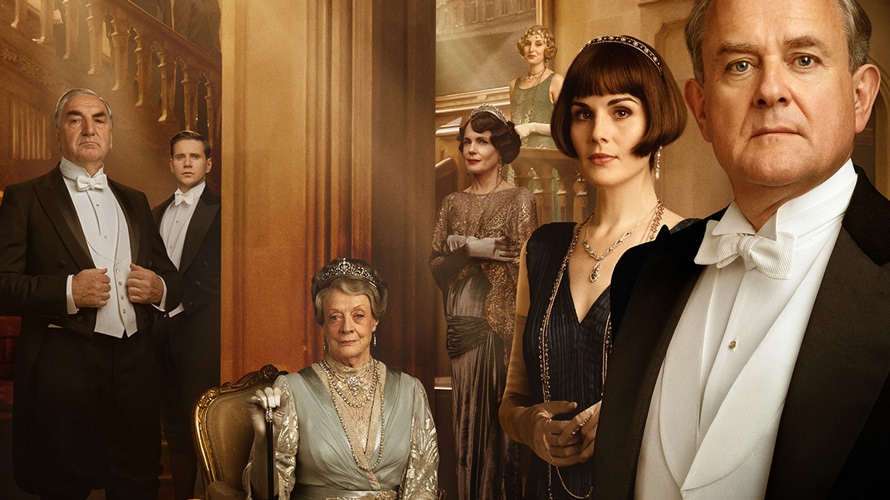 The well-loved opening has been streamed over six million times on Spotify, quite a big number for what is essentially a television theme song. - Credit by Focus Features

LONDON—As soon as the credits rolled on the final episode of Downton Abbey—the British import period drama that became a smash hit on PBS—there was talk of a follow-up film. Though it took a few years for the movie to get the official go-ahead, the final product lands in theaters stateside this weekend, a little less than four years after the series finale aired in early 2016.

While it hasn’t been that long since fans last saw the Crawley family on screens, filmmakers had to not only bring the series to the big screen, but reignite the audience’s passion for the show years after they’d thought they’d said goodbye.

A big part of that reacquaintance? Transposing the show’s iconic score for film. The well-loved opening has been streamed over six million times on Spotify, quite a big number for what is essentially a television theme song. It’s identifiable within the first few notes, and there have been four separate albums released—including a Christmas album—of various editions of the show’s score.

John Lunn, who was also behind the score for all six seasons of the show, scored the film at the end of the production process. During a test screening of the movie in Los Angeles, with music from the show used as a placeholder, the public reaction drove home the affinity for the music, giving him direction.

“When that tune came in about two minutes into the film, everybody cheered,” recalled Lunn. “So we knew then that it was going to have to be the same kind of music, and we had to have the opening in there somewhere.”

To get back in the required mindset, Lunn watched all six seasons over again so he could pick up where he left off. Given the reaction of the crowd at the L.A. screening, he drew on the melodies from the original score helped to chart the film’s music, which incorporates new elements but still remains familiar enough to transport fans back to that world.

Because Downton Abbey’s music already had so many fans, the film had an advantage on box office competitors. Another bonus: This time, they had double the size of the orchestra and twice as much time to “get it right” in recording.

“Really, in many ways, things are not really that different,” Lunn explained. “It’s not as if it was a remake of the TV series—the story is actually an extension of the series, the drama is continuing. And in the same way that I approached every episode of the TV series, there was always some music which came before, which was appropriate. And then there was always, in every episode, there was some new storyline and some new music. I just treated it as the same, except we had a bit more time—and a bigger budget.”

“It’s playing quite a big part in it,” said Lunn. “With Downton, the music is so important, [so] we wanted to keep it as part of the trailer.”

Downton’s music has also played a role in events scheduled ahead of the film’s release. In June, a concert of the show’s score took place, with various elements staying true to the series, including the location at Highclere Castle (the ancestral home of the Earl and Countess of Carnarvon and the ‘real life’ Downton Abbey) the music (by The London Chamber Orchestra, which performs the music for the show, as well as Lunn himself on the piano) and the narration (from one of the show’s stars, Jim Carter).

Lunn said the sold-out event was “the best publicity we could possibly get,” so much so that they’re planning more concerts for the future and even a concert version of the movie itself to keep the buzz around Downton going after the film hits theaters.

As for why people love that iconic score so much? Lunn has a few ideas: “It’s played a lot and people instantly recognize it. And although it’s got a veneer of classical music, it’s actually harmonically it’s much more like a pop song.”

And while Lunn said the film’s new storylines have brought some new material, he feels certain that fans will be pleased with what they’ll hear. “I think the fans will recognize quite a lot of it,” he said.