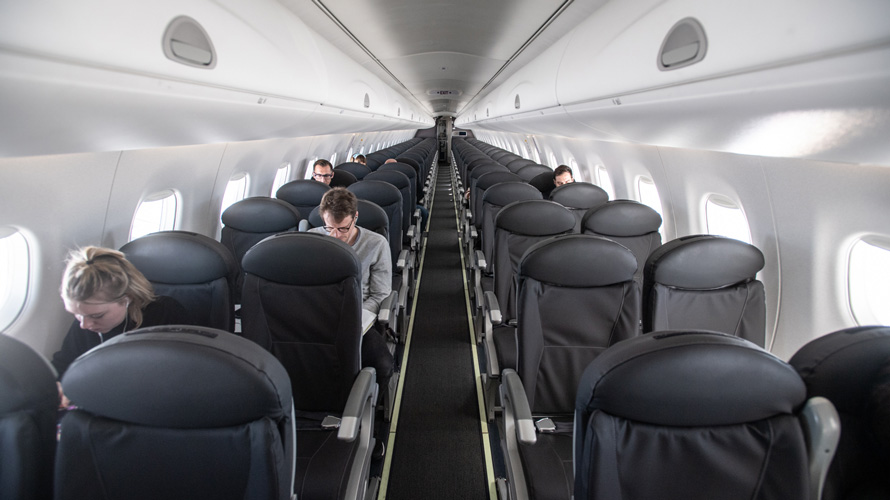 Airline stocks, which were already down as much as 45%, took a further nosedive in premarket trading this morning. - Credit by Getty Images

Among the many surprises to come out of Wednesday night’s national televised address by President Donald Trump, the biggest was easily a travel ban slapped on most of Europe. Starting Friday at midnight, the government will suspend flights to and from the continent for 30 days. The ban affects the so-called Schengen Area—26 EU states that require no passport control for residents moving among them—which includes France, Italy, Spain and Germany. (For now, it omits the U.K.)

Despite the fact that 17.7 million Americans traveled to Europe in 2018, the president insisted that “this is not a financial crisis. This is just a temporary moment of time that we will overcome.”

Odds are, the airline industry would not agree.

While the sweeping measure caused near-instant confusion at international terminals in the United States and will disrupt travel plans for millions, the biggest impact of the lockdown will be reserved for domestic carriers that fly international routes.

“The reality isn’t good right now,” said Adam Pilarski, senior vp of airline consultancy Avitas. “Aviation obviously will be affected very strongly. I wish I could phrase it eloquently, but they will be screwed.”

“The only saving grace in terms of the incremental impact of the announcement,” added airline expert Seth Kaplan, “is that things were already so awful in a lot of these markets.”

Carriers serving international destinations were already reeling prior to Wednesday’s announcement, shelving spending plans and slapping a freeze on hiring. Earlier this week, United Airlines president Scott Kirby told attendees of the J.P. Morgan Aviation Transportation and Industrials Conference (which was held online) that the carrier’s European bookings were down by 50%. “This is a crisis that’s going to have a large, near-term impact on our revenues,” he said.

For its part, American Airlines had already slashed international flights by 10%, delayed or suspended service to European cities like Rome, Milan and Barcelona and had planned to reduce service to Paris and Madrid for May and June.

But after Wednesday night’s speech, the outlook for carriers that fly to Europe was a picture that went from bad to bleak.

Airline stocks (which were already down as much as 45%) took a further nosedive in premarket trading this morning, as was widely expected. United, American and Delta are the U.S. carriers sure to sustain the biggest volume losses, since their transatlantic routes generate some 15% of overall revenue.

Statements issued earlier today served principally to reassure passengers and did not address the financial picture.

“American is committed to taking care of any affected customers by assisting them with rebooking options,” said American Airlines’ statement. “Our team is proactively reaching out to customers who may be affected by these travel restrictions to ensure they are accommodated.”

Delta issued a similar statement this morning, assuring the public that the carrier “will continue to take care of customers who may be affected by these travel restrictions,” adding that “the safety and health of our customers and employees is always our highest priority.”

As the major carriers wrestle with the cancellation of their overseas routes, their cash reserves should stabilize the financial picture, at least in the short term. United Airlines and American have a reported $8 billion and $7.3 billion, respectively.

But analysts have already predicted that the airlines are likely to institute layoffs and may well need federal bailouts at some point. Earlier this week, Treasury Secretary Steven Mnuchin announced that the Trump Administration was looking at loan guarantees for airlines, insisting that they weren’t bailouts, but the B-word was percolating in media reports this morning.

For his part, Pilarski believes “it’s way too early” to be talking about bailouts, not least because so many industries affected by the coronavirus—hotels, cruise lines, and so on—would theoretically love one. Pilarski asks: Who do you bail out first? “The guy at the stadium selling hot dogs? We have to get—medically—the whole thing under control, and only then will we decide.”

As for layoffs, that specter prompted U.S. Travel Association CEO Roger Dow to issue a statement earlier today calling on the federal government to take steps to protect airline employees’ jobs. “Temporarily shutting off travel from Europe is going to exacerbate the already-heavy impact of coronavirus on the travel industry and the 15.7 million Americans whose jobs depend on travel,” he said. “We have and will continue to engage Congress and the administration on policy steps that are necessary to ensure that travel employers—83% of which are small businesses—can keep the lights on for their employees.”

Meanwhile, Kaplan said that there’s very little that the airlines can do operationally to shield themselves from the hit that canceling European routes will deliver.

“It’s not like you can redeploy the capacity elsewhere, because nobody wants to fly anywhere,” he said. “You really have to struggle to construct an argument that there’s anything good about this, other than the fact that things were terrible anyway and the damage of this particular move is less right now than it would be if it had somehow happened in a normal time for no reason.”