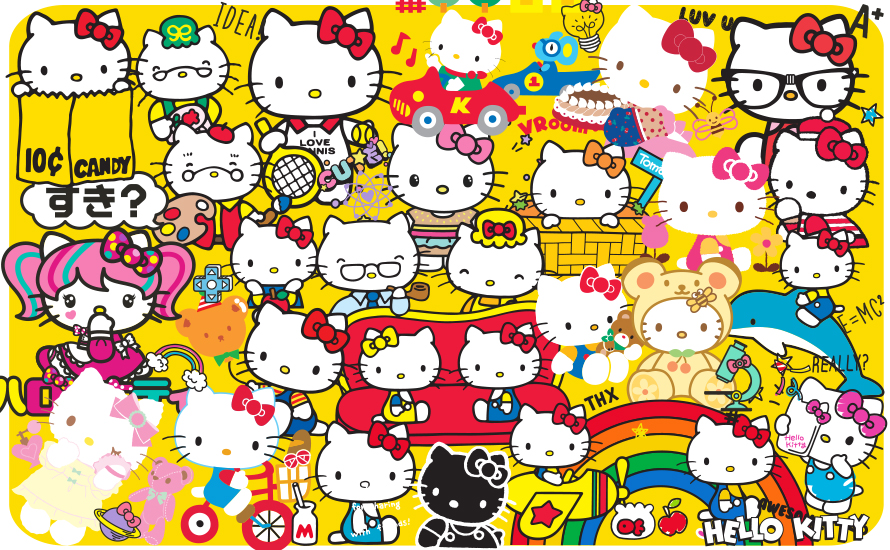 Hello Kitty went to space, became an Olympic ambassador and sells 50,000 different products around the world. Courtesy of Sanrio

Were the 2020 Tokyo Olympics to proceed as planned this summer, Team USA would have boasted a truly world-famous member. A deal inked in February officially announced Team USA’s Global Ambassador for Inclusivity—“an iconic symbol for equal opportunity, fair play and global harmony.”

And who was this vaunted dignitary? Hello Kitty.

Alas, the mouthless white character and the rest of Team USA are sheltering in place like everyone else now. Even so, it’s worth pondering how it is that Olympic ambassador status came to be conferred on a cat. And Hello Kitty isn’t even really a cat (see sidebar). The idea might seem absurd, until you consider what a truly global phenomenon Hello Kitty is. 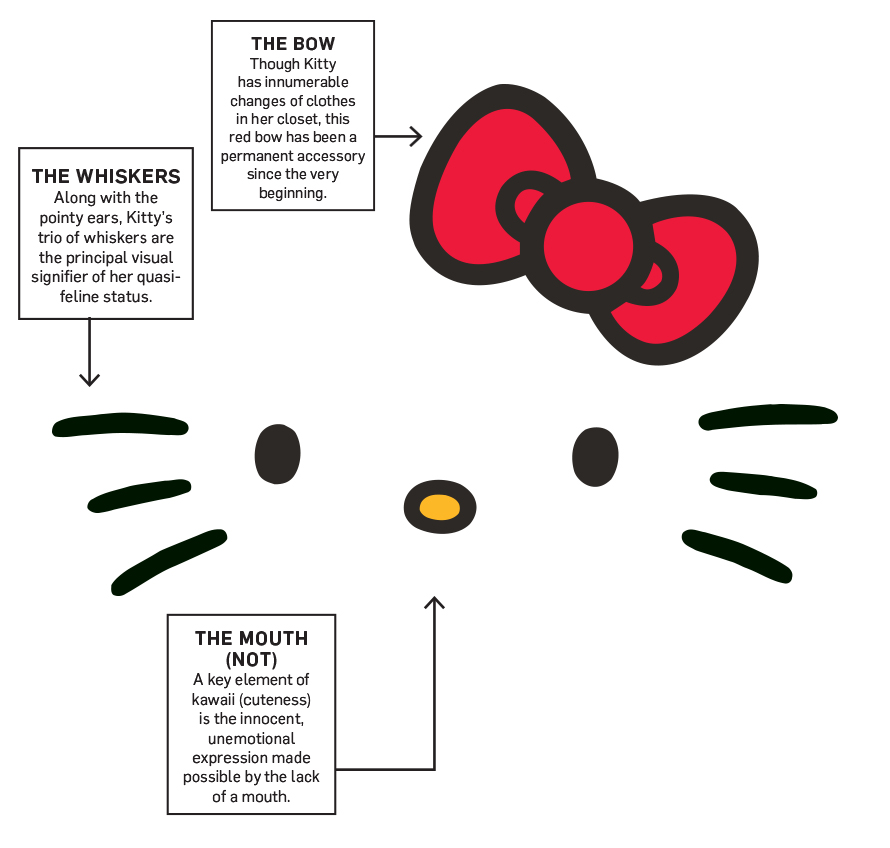 Easily the most famous character to come out of Japan (with the possible exceptions of Pikachu and Godzilla), Hello Kitty is a branding powerhouse who could easily match wits with any fuzzy creature in the Disney stable. But unlike a mere character, Hello Kitty is a transcendent figure who is both individual and symbol, in addition to a highly adaptable badge for more products than you can count.

There are an estimated 50,000 Hello Kitty SKUs on the market, constantly rotating and selling in 170 countries. They range from apparel to jewelry to housewares, and frequently include co-branded items with legendary names like Converse, Furla and Swarovski. Ostensibly for little girls, Hello Kitty nevertheless has devoted fans who include Lady Gaga and Katy Perry. 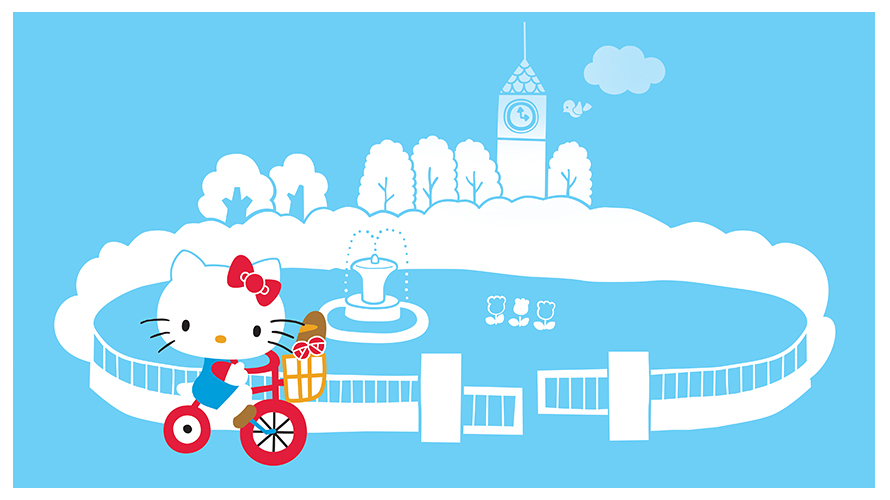 Hello Kitty—the character with whiskers, pointy ears and “Kitty” as her name—is actually not a feline at all. Instead, Sanrio says “she is many things,” including a little girl, a superstar and a friend. Artist Yuko Shimizu was borrowing from the anime tradition of kemonomimi—human characters possessed of animal features. To boost Hello Kitty’s appeal, Shimizu created an entire backstory for her. Hello Kitty’s name is actually Kitty White, a London-born girl who is five apples tall, likes eating cookies and has 400 friends.
Courtesy of Sanrio

And at a time when all news seems to be bad news, Hello Kitty “transcends generations and borders and cultures [with] the message of kindness and friendship,” said Craig Takiguchi, COO of Sanrio, Hello Kitty’s parent company.

That might sound like marketing speak, but it’s actually rooted in a cultural tradition that is, for Sanrio, serious stuff.

Founded in 1960 by entrepreneur Shintaro Tsuji, Sanrio started out selling cheap rubber sandals that, Tsuji discovered, sold much better when he decorated them with flowers. As Tsuji expanded into the gift segment, he instructed his designers to decorate them with animals. Among his artists was a young woman named Yuko Shimizu, who decided to sketch some cats and, well, you can see where all this is heading.

But while Shimizu deserves credit for drawing Hello Kitty, Takiguchi points out that the character is equally a manifestation of Tsuji’s vision and of Japanese culture itself. As a young man, Tsuji “was quite shy, and so he made up characters to build relationships with other kids,” Takiguchi said. “So the notion of putting Hello Kitty on a product was a friendship message that was an interactive process.”

Even though Hello Kitty is often cited as a textbook example of Japan’s fascination with kawaii (cuteness), Tsuji based his company on the more ardent motto of “small gift, big smile.” As Takiguchi explains, “When you peel back the onion, [Hello Kitty] is authentically Japanese—how Japanese people show gratitude and respect and honor is through gift giving.”

Since Hello Kitty’s moment in the Olympic spotlight has been put off for a year, her most famous global media moment remains one that took place in 2014. On June 19, Japan launched its Hodoyoshi 3 satellite into orbit, which not only furnished beautiful photos of Earth, it took Hello Kitty—outfitted in a UV-protectant space suit—along for the trip. 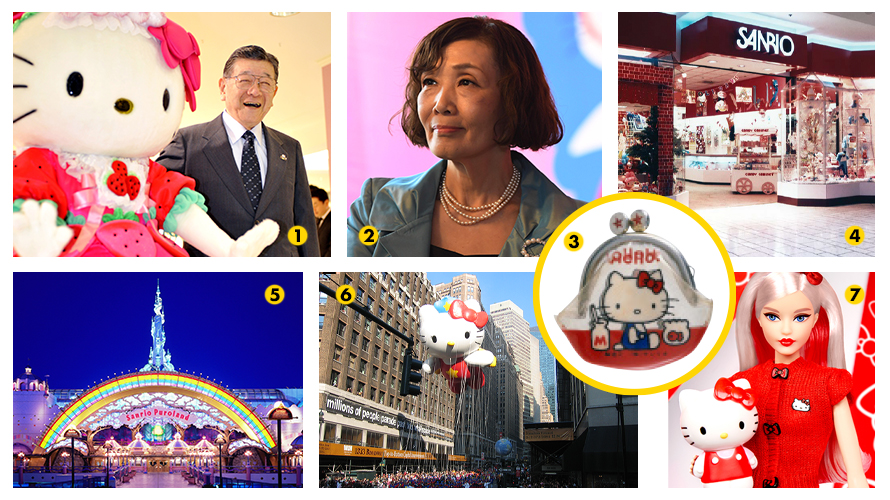 Shintaro Tsuji founded Sanrio in 1960 (1), but not until illustrator Yuko Shimizu (2) drew Hello Kitty did business truly take off, starting with this coin purse that retailed for less than a dollar (3). Today, the Hello Kitty empire reaches to every continent, consisting of retail stores (3) and theme parks (4). Kitty gets as big as a Macy's Thanksgiving Day Parade balloon (5) and as tiny as a personal doll for Barbie (6).
Getty Images; Courtesy of Sanrio 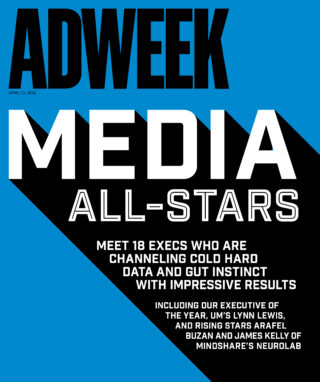 Click for more from this issue
This story first appeared in the April 13, 2020, issue of Adweek magazine. Click here to subscribe.
@UpperEastRob robert.klara@adweek.com Robert Klara is a senior editor, brands at Adweek, where he specializes in covering the evolution and impact of brands.