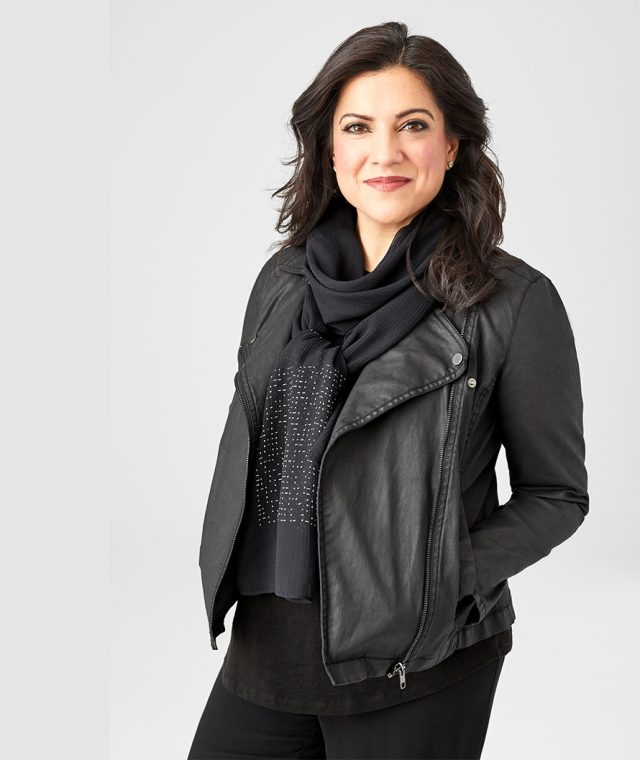 Reshma Saujani fights to end gender disparity in tech and give underprivileged young women a shot at a career.
Courtesy of Girls Who Code

Sometimes you have to fail first to learn how to succeed. Reshma Saujani knows all about both.

A Yale-trained attorney, Saujani suspended a successful career in finance to launch a political campaign in 2010, becoming the first Indian-American woman to run for Congress. Unfortunately, she lost the primary. But campaigning had taken her to places a Wall Street lawyer rarely ventures: the classrooms of New York City schools. There, Saujani noticed something glaring about the computer classes: They were pretty much all made up of boys.

Even in 2010, it was obvious to her that tech jobs were the future. And for girls who are the daughters of refugees—like Saujani herself—a degree in computer science is practically a guarantee of a good wage and a sustainable career path. Though her congressional dreams had been dashed, a new idea was forming.

“When I lost, I wanted to continue to make a difference,” says Saujani. “I figured the best way that I could do that is by creating opportunities for girls.”

Girls Who Code became that platform and outlet. The organization’s mission, she says, is not just to end the gender disparity in computer science, but also to increase the opportunities available to girls from minority backgrounds or low-income homes.

From the start, Saujani’s mission was to do more than just teach coding; her larger aim is to empower young women to be leaders.

Things came together quickly. After Saujani thought up the program’s name, she bought the domain on GoDaddy and asked a friend, Brian O’Kelley of AppNexus, if she could borrow a conference room to host her first class of girls. It was 2012, and with the help of some incentives (a $50 stipend and free pizza), the class drew 20 students. Word spread. A few months later, Facebook COO Sheryl Sandberg offered her help and by the following summer, the company was hosting classes on its Menlo Park, Calif., campus.

Girls Who Code was gathering steam, but it was a second political loss (this time, the 2013 race for public advocate) that would truly see it take off. Campaigning had made Saujani both comfortable and skilled at asking for money, and now she began approaching the likes of GM, Google and Twitter, successfully securing classroom space—and funding.

In fact, much of Girls Who Code’s growth—and, with it, its ability to teach programming skills to more girls—has been driven by strategic partnerships, which not only furnish the nonprofit with working capital (in 2017, Uber pledged $1.2 million over three years), but also harness the feel-good power of the group’s mission in branded messaging. In April, for example, GoverGirl made a $50,000 donation to Girls Who Code, and also produced a short video showing young women putting on makeup while tapping on their laptops and discussing the algorithm they’d just built. 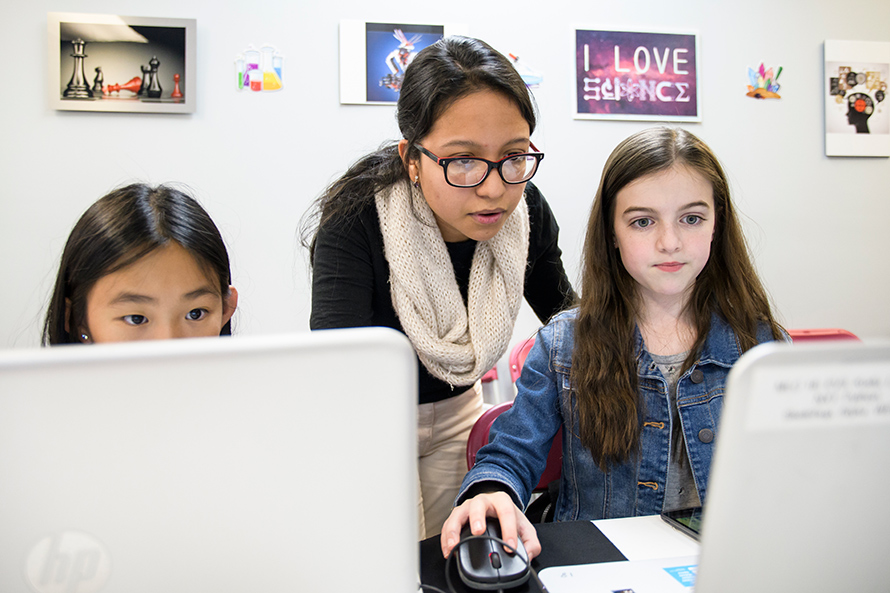 Some of the best marketing for Girls Who Code is photos of girls actually coding at the organization’s “clubs” across the country.
Girls Who Code

While the organization may be called Girls Who Code, it’s worth noting that Saujani herself isn’t a coder. She said that irony didn’t dawn on her until years into her tenure at the group’s helm and writing her first book, Girls Who Code: Learn to Code and Change the World. Writing code herself had never been Saujani’s purpose, she says; her ambition was to be the “hustler and disruptor”—the leader who gets things accomplished. To create the curriculum, Saujani enlisted the help of several Ph.D. candidates in computer science. As she explains, “I’ve always hired people who are smarter than me.”

Admirers of Girls Who Code would likely dispute that anyone’s intellect exceeds Saujani’s, but one point is beyond question: Thanks to the organization she began, thousands of young women have not only learned how to code, but they’re also now graduating from college, entering the tech sector and beginning to challenge the male hegemony that’s defined the computer field for generations.

This fall, Girls Who Code launched a multifaceted campaign that included a digital visual album featuring songs, interviews and videos created by the program’s students, alumnae and supporters (including former Planned Parenthood president Cecile Richards). International expansion is also on the near-term agenda.

The group’s visual album, Sisterhood, features stories and spoken-word performances from the girls themselves, who relate what it’s like to learn new skills and create social change.

But beyond the growth statistics and increased international presence, Girls Who Code has given its thousands of alumnae and current students something that simply hadn’t existed before—a safe and nurturing space in which to take their first steps into the world of computer science. For founding class member Diana Kris Navarro, who’s now a software engineer at Tumblr, Girls Who Code was a singular alternative to the hypercompetitive environment of her high school’s computer science classroom, a place where, as one of the few girls, she always felt inexperienced and alone.

“What really changed was having this network of women who made me feel like it was OK to fail,” Navarro says. “Before, I felt like you couldn’t fail in CS. Everybody was perfect and knew how to code, and if you didn’t fit into that stereotype, then you wouldn’t be good at computer science.”

Worrying that she didn’t measure up and feeling like she wasn’t allowed to make mistakes became a point of connection with Saujani, especially when she opened up about her own experiences on the campaign trail. In contrast, the Girls Who Code classroom fostered an environment where students realized that messing up was part of growing up.