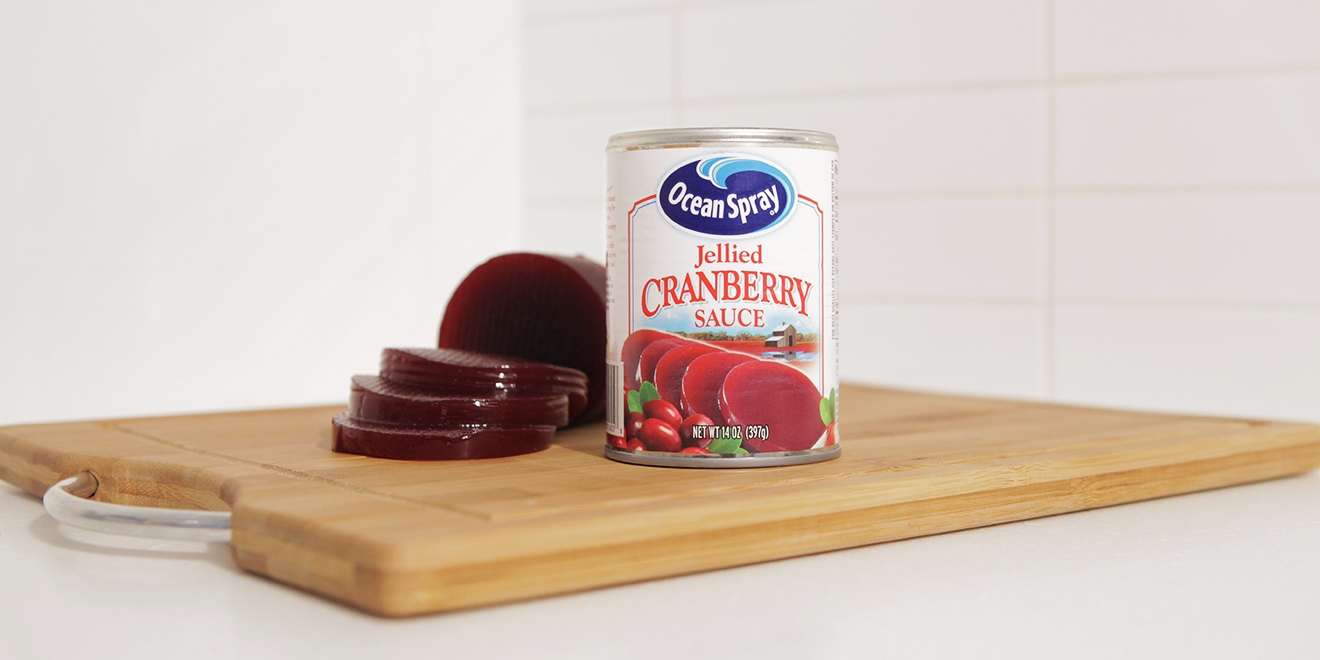 Last year around this time, legendary chef Jacques Pépin dropped by the Rachael Ray TV show to help prepare some traditional holiday fare. “Thanksgiving is the biggest holiday for me,” the courtly Pépin said in his untamed French accent. Then a hint of frustration crept into Pépin’s voice as he admitted that, even though he makes a sumptuous cranberry relish from scratch, “my wife wants this.”

He was pointing to a can of cranberry sauce.

It is the culinary enigma of the winter holidays. Though this is arguably the one time of year when home cooks go the extra mile in the kitchen—turning out toilsome turkeys, picture-perfect pies and all variety of side dishes made from scratch—cranberry sauce from the can not only gets a pass, it usually gets a prominent place on the table, where it sways and waggles in all of its can-shaped splendor. 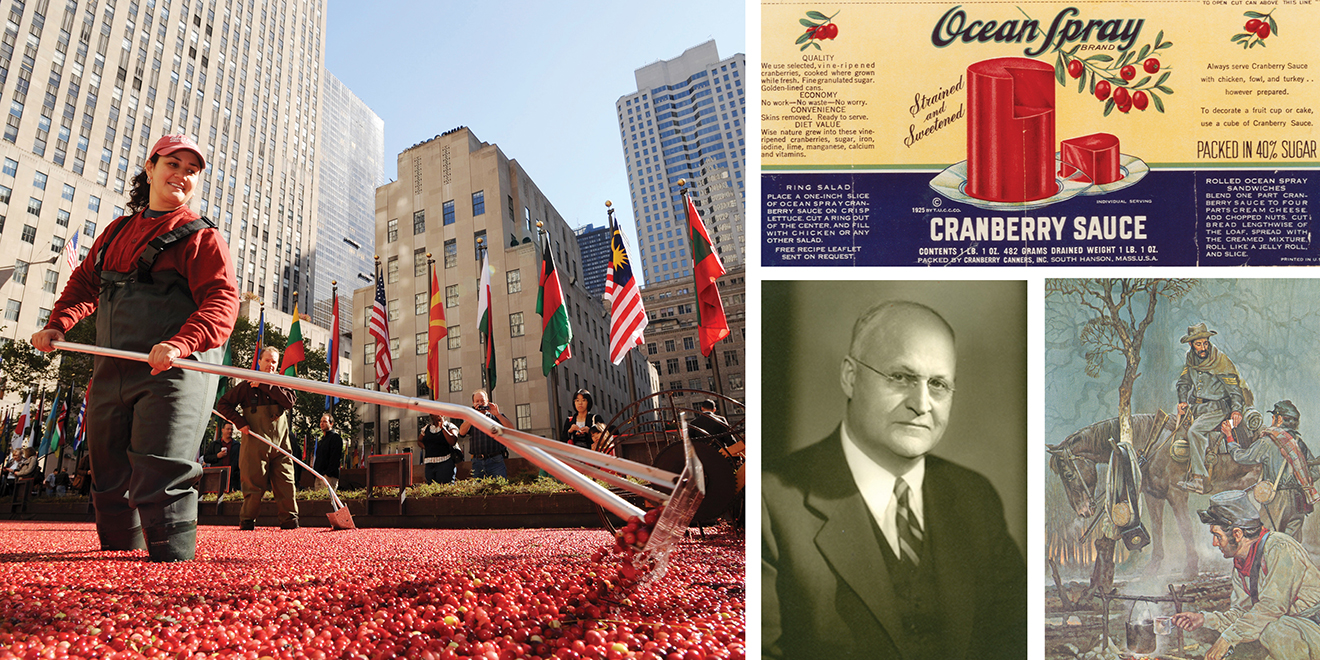 Got sauce? After cranberry sauce was served to Union troops in the Civil War (left), demand for the food grew until Marcus Urann (inset) began selling his Ocean Spray strained cranberry sauce in cans (above). Though it’s hardly necessary to get Americans to like cranberry sauce, Ocean Spray does try to educate the public about how cranberries are grown with this portable bog (far left) that travels around the country during the holidays.
Bog: NY Daily News via Getty Images; Archival: Courtesy of Ocean Spray; Civil War: Getty Images
And chances are that can says Ocean Spray on it. The brand commands 70 percent of holiday cranberry sauce sales. And of the 78 million containers Ocean Spray makes each year, 80 percent moves off store shelves in the six weeks between Thanksgiving and Christmas.

“It’s a cult American product,” said the company’s communications director Kellyanne Dignan. Dignan has observed that people outside the U.S. don’t fully understand why we so revere this burgundy-colored berry glop. But no American requires an explanation. 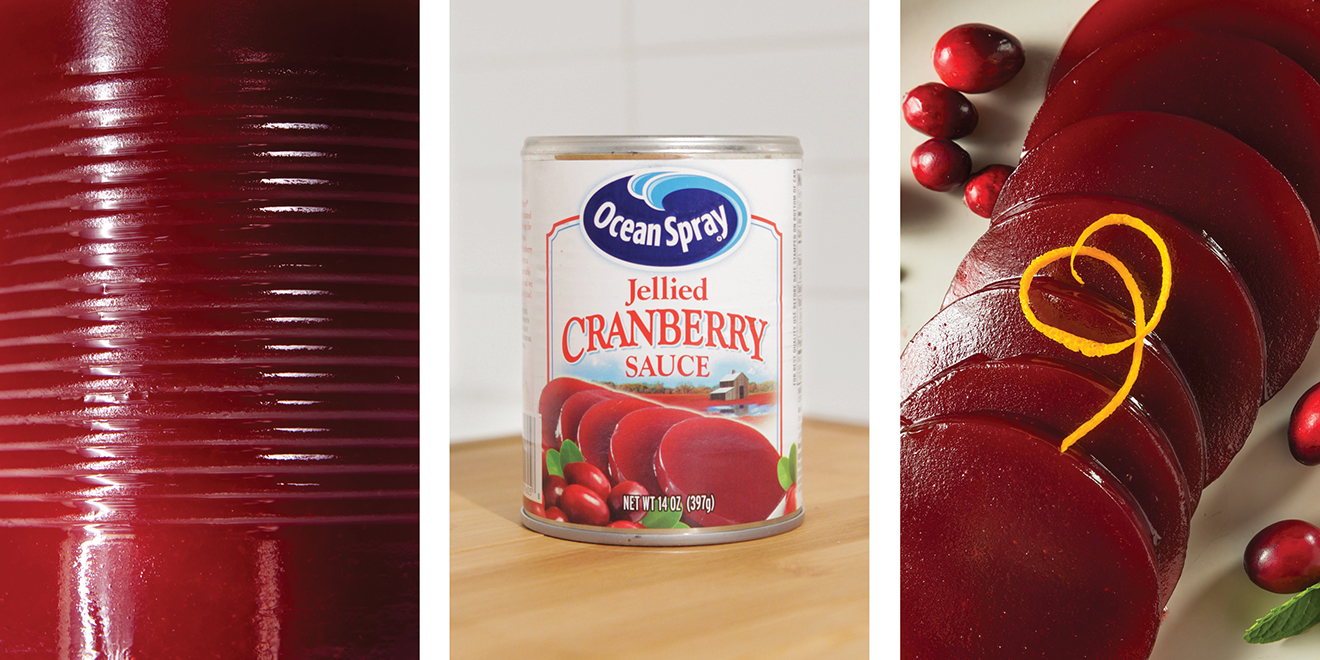 Those lines: The concentric rings that add strength to cans also leave imprints on the cranberry sauce—and give the side dish its signature, if campy, look. The logo: Cranberries have nothing to do with the sea, but Ocean Spray’s founder believed the name would evoke the mists and freshness of his cranberry bog. The motion: That shimmy that the cranberry sauce makes owes itself to the pectin released in the process of cooking the berries. (It’s not an artificial additive.)
First and last: iStock Photo; Center: Raquel Beauchamp
Cranberry sauce has been part of who we are since 1863, when President Lincoln called for a “Day of Thanksgiving” for the Union troops. New York City restaurants like Delmonico’s rallied behind the cause and sent four steamers’ worth of victuals down to General Ulysses Grant’s men in Virginia: hams, peaches, turkeys, cakes—and cranberry sauce. It was this event (not the much-ballyhooed “first thanksgiving” of the Pilgrims) that enshrined cranberry sauce as an American holiday tradition. 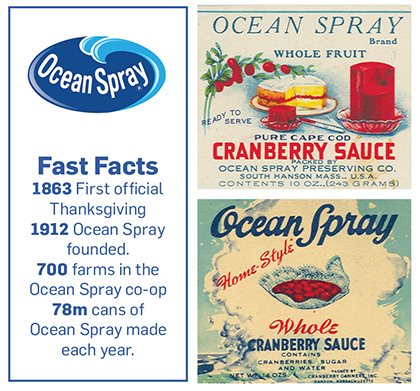 The great divide For as long as anyone can remember, cranberry sauce lovers have been split into two camps: fans of the jellied variety and those who prefer the chunky kind with whole berries. For the record, Ocean Spray sells more of the smooth stuff and believes the preference runs in families.
Courtesy of Ocean Spray
But not the canned kind. That would take the vision of a lawyer named Marcus Urann. In 1912, Urann purchased a bog of Vaccinium macrocarpon bushes and began canning his own cranberry sauce. He called it Ocean Spray—a name that evoked the mist that appeared over Urann’s Massachusetts bog, and a name adopted by the growers cooperative that took over the cranberry production in 1930. As Dignan explains, since cranberries are only grown in northern climes, the canned product enabled Americans who couldn’t get the fresh fruit to enjoy cranberry sauce.

And, over time, we have come to expect it. Even the stuff’s perceived shortcomings—the sweet taste (from the added fructose), the gelatinous consistency (from the natural pectins) and the cylindrical shape (from the can, of course—right down to the ridges)—have been consecrated by nostalgia, and are now cherished in their own right. Scoff if you wish, but famous foodies from Alton Brown to Sunny Anderson have given their official nods to cranberry sauce in a can.

As has chef Pépin’s wife. 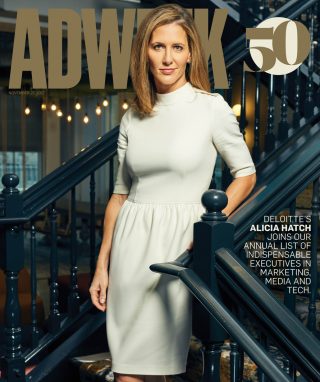 Click for more from this issue
This story first appeared in the Nov. 27, 2017, issue of Adweek magazine. Click here to subscribe.
@UpperEastRob robert.klara@adweek.com Robert Klara is a senior editor, brands at Adweek, where he specializes in covering the evolution and impact of brands.