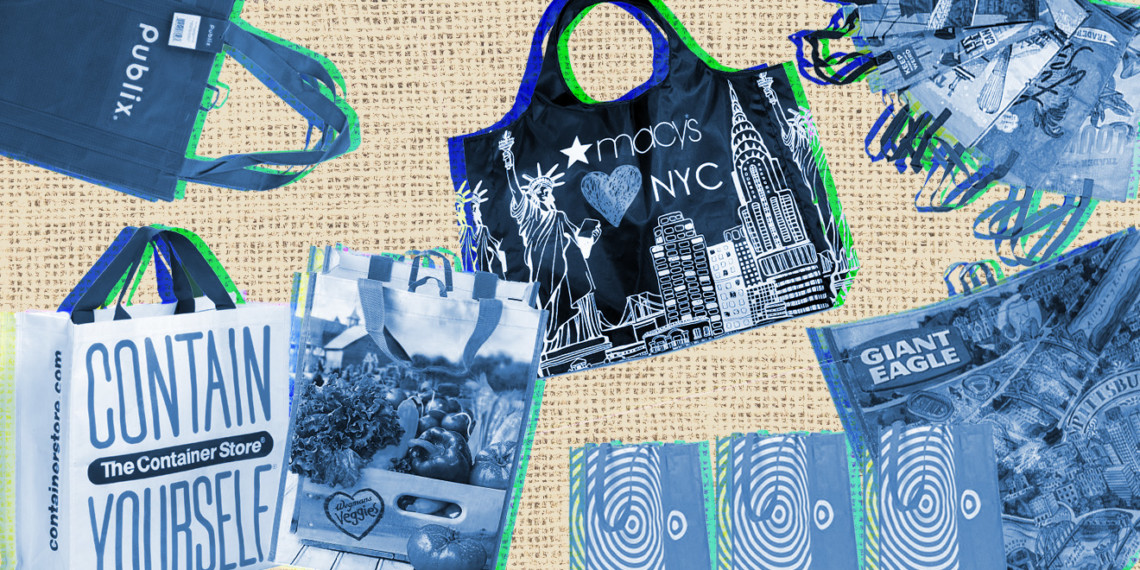 Americans love their conveniences, but one piece of long-cherished gear is clearly on its way out: the disposable plastic bag. Consumers use 100 billion of them a year, and since most recycling programs can’t handle the flimsy things, they wind up in landfills or the ocean.

This fact has moved lawmakers across the country to outlaw them, and the pace of banning them is accelerating. Oregon’s ban went into effect on the first of the year. New York’s plastic-bag injunction takes effect in March, and Maine and Vermont’s bans hit in April and July, respectively. Washington’s state Senate approved a ban just last week, and now the bill goes to the House.

Of course, moving away from single-use plastics leaves retailers holding the proverbial bag. And with the average American family bringing home 1,500 plastic bags’ worth of purchases each year, merchants are looking for something to replace them with. The logical choice is reusable bags, which can be sold for a nominal price and often right at the checkout line. Plenty of brands do this, and the savvier among them have identified reusable bags for what they really are—not just a conveyance for goods, but a branding opportunity.

“Smart retailers have turned plastic bag bans from potential pain point to branded billboards that travel into every shopper’s home and stay out of the trash,” said Bob Phibbs, CEO of the consultancy The Retail Doctor. “It’s a great way to remind the consumer of that store before they leave the house again, and it’s so much better than generic, flimsy and polluting plastic bags.”

These tagged bags are also a way for retailers to remind the public they’re on the right side of an increasingly important issue.

“It’s about ensuring zero brand dilution and guarding your brand values through everything you do,” said Robert Lockyer, founder and CEO of Delta Global, which creates packaging for upmarket brands including Estée Lauder and Ted Baker. “The reusability of a bag means the brand awareness is multiplied every time it is used.”

Here’s a sampling of reusable brands major retailers are offering, and how each of them approaches branding on a woven canvas.