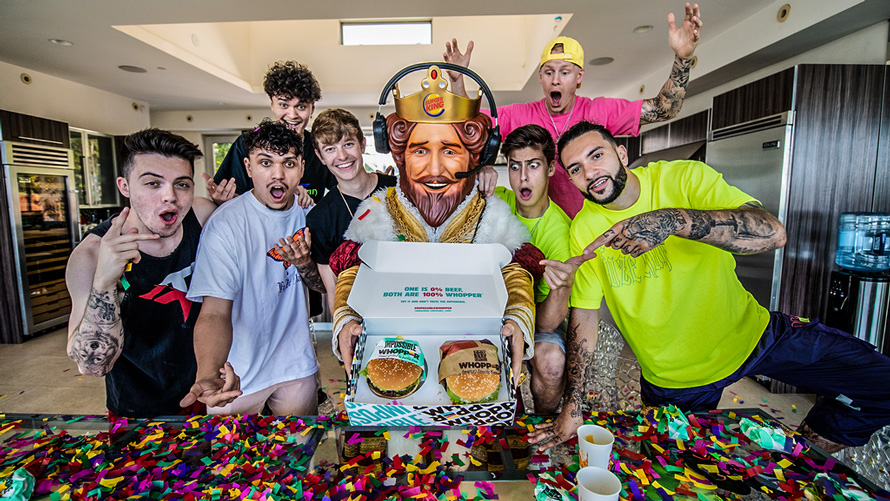 Burger King teamed up with FaZe Clan to promote its Impossible Whopper. - Credit by Scout Sports and Entertainment

Gaming is surging as people stay at home during the pandemic, but marketers face distinct challenges of activating in an environment that’s unlike traditional media.

The IAB concluded its weeklong virtual NewFronts presentation today with a series of discussions on the rise of gaming and esports, and how marketers are approaching the space.

“Whether it’s converting your investments that might be in traditional sports or using this as an excuse just to have that conversation with your executives, use this as an opportunity to maybe get that test campaign or … try something new because it is center mind and it’s very popular right now,” said Gabe Gordon, co-founder and managing partner of Reach Agency.

At the height of pandemic lockdown, Nielsen found that 82% of global consumers played video games and watched video game content.

Where do you activate?

Like most media these days, gaming is fragmented. Marketers can partner with individual influencers, buy on platforms like Twitch or go directly to gaming publishers.

Douglas Veney, influencer and esports marketing manager at Nestlé, said the company has invested heavily into influencers to drive upper-funnel engagement with fans.

“We can really take it from the influencer level and then build upon that approach to move into … more platform level things that are a little bit deeper down the funnel for that.”

Jill Baskin, CMO of the Hershey Company, said her team has been dabbling in gaming, but has found the influencer space to be overly crowded, making it hard to stand out.

Hershey’s biggest marketing concern is finding a coherent, cost-effective strategy when running an always-on campaign in the gaming space, since Baskin said she can find that same gaming audience on YouTube at a lower cost.

“It works quite well for something where we want to get a ton of publicity, like a new product launch,” she said. “Then we feel like the buzzworthy-ness of it, the additional spin we get is worth it, and we’re in-and-out in a short period of time. But for our sort of everyday candy advertising, we haven’t figured that out yet.”

“That holistic, three-pronged activation allowed us to spread awareness digitally, but also have that face-to-face interaction with fans and really give them something back, which really allowed us to have a very successful campaign,” said Amantia.

While gaming and esports reach massive audiences and are often watched in TV-like environments, advertisers can’t simply bring their 15 second pre-roll ads into the gaming world and expect the same results.

“The major mistake that people make is to take the assumptions about other forms of media and try to take it into the world of gaming,” said David Messinger, CMO of Activision Blizzard.

Nestlé’s Veney said taking a long-term approach when marketing to gaming audiences is important, since consumers there are much more willing to call out brands for being inauthentic. Marketers can’t swing for the fences immediately, he said.

“You have to take your time, approach things properly and build out to those big bets,” said Veney.

“Someone who comes in and starts today may feel like they’re behind, but they’re really at the beginning of what the future is going to be,” said Messinger.