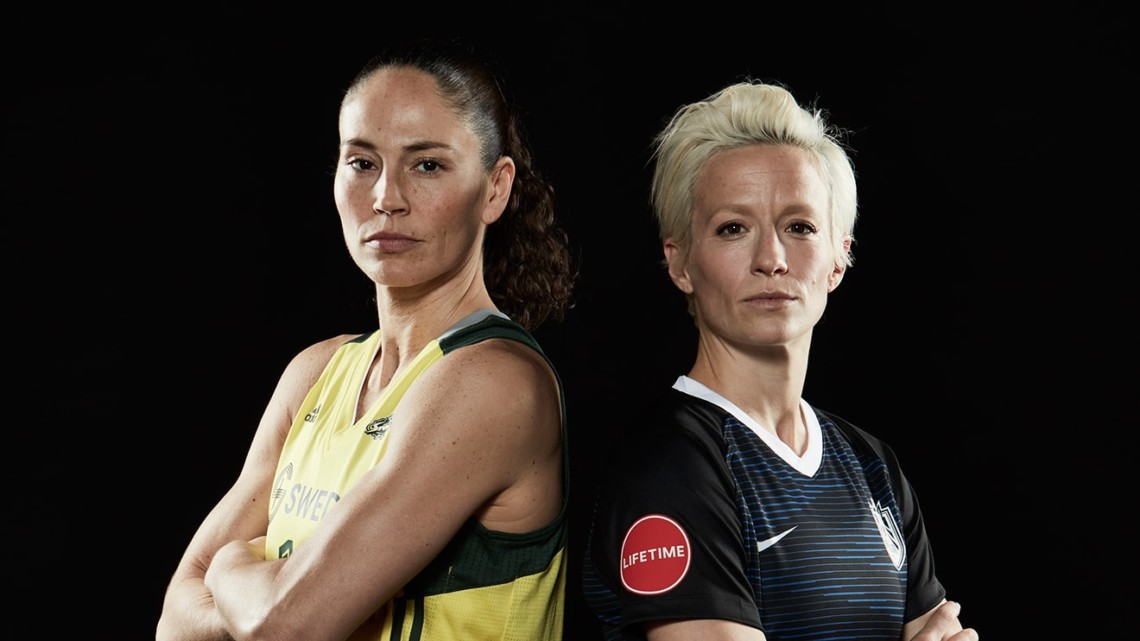 Reading the list of accomplishments of Sue Bird and Megan Rapinoe, on the basketball court and soccer field, is almost dizzying.

So while it’s easy to tab Bird and Rapinoe as a Seattle “power couple,” the two very down-to-earth elite athletes have a chuckle at the label.

“We just happen to be athletes who are dating,” adds Bird.

The couple made their relationship public in the summer of 2017. For the more private Bird, it was the first time she publicly shared that she was gay, though her family and friends knew shortly after she became the first pick in the 2002 WNBA draft. Rapinoe came out after her freshman year at Portland and was, as she puts it, “unapologetic about who I was. I thought, ‘Well, yeah, people are gay, and this is normal.’” 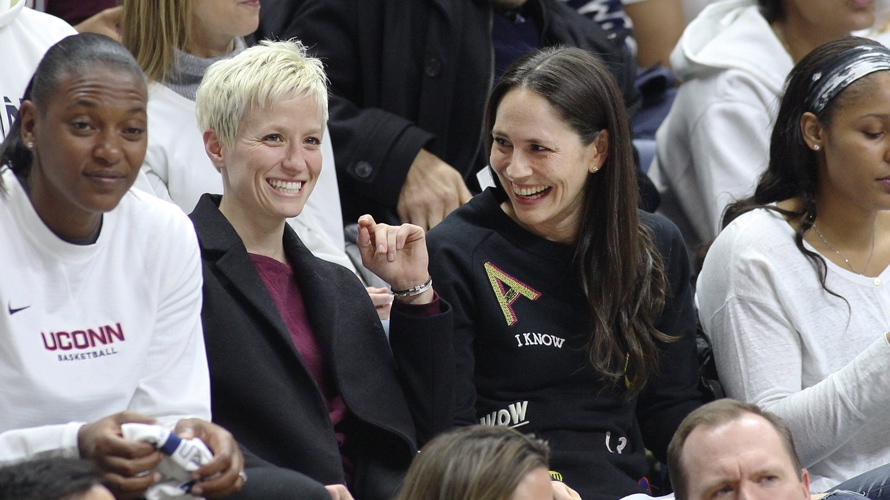 The duo plays well off each other. Talking to Adweek, Bird says that Rapinoe has a “lightness about her,” especially her sense of humor, even in the most serious of moments. Rapinoe notes that Bird is thoughtful and has the ability to see things clearly and not get too worked up, no matter the situation.

“We’re on opposite sides of the spectrum, but I think we pull each other a little bit towards the middle, which I think is healthy to have and a good balance,” says Bird.

While they might find their standing as an “it” couple funny, both are keenly aware that their status in broader society and on issues are important. Nowhere was this more evident than their appearance in ESPN’s annual Body Issue last June. Bird and Rapinoe were the first openly gay couple to appear on the cover and in the magazine—and as Rapinoe sees it, the most important aspect of the shoot was visibility.

“You want to catch people’s attention and make it this groundbreaking thing—and I think it was,” she says. “At the same time, you want it to become very normal.”

“Ten years from now, we’ll still be talked about as the first gay couple that ESPN had in The Body Issue,” adds Bird. “You might not realize, in the moment, the impact that something like that can have. Every now and then, when you talk to people and hear the reactions, maybe we helped somebody. But, really, with anything, it’s always about breaking down that first barrier and then have it be the norm—and I think you want that in any walk of life.”

Indeed, Rapinoe has been at the forefront of taking bold stances and is never afraid to raise her voice. She began kneeling for the national anthem to speak out against racism and support Colin Kaepernick in 2016. In 2015, Rapinoe was part of a group of soccer players who filed a federal complaint to fight for equal pay, which they eventually won, getting a 30 percent bump in pay and better bonuses. She has long been involved in LGBTQ activism. And Rapinoe’s largesse goes well beyond American borders, donating part of her salary to Common Goal, a soccer-centered charity founded by Manchester United player Juan Mata. 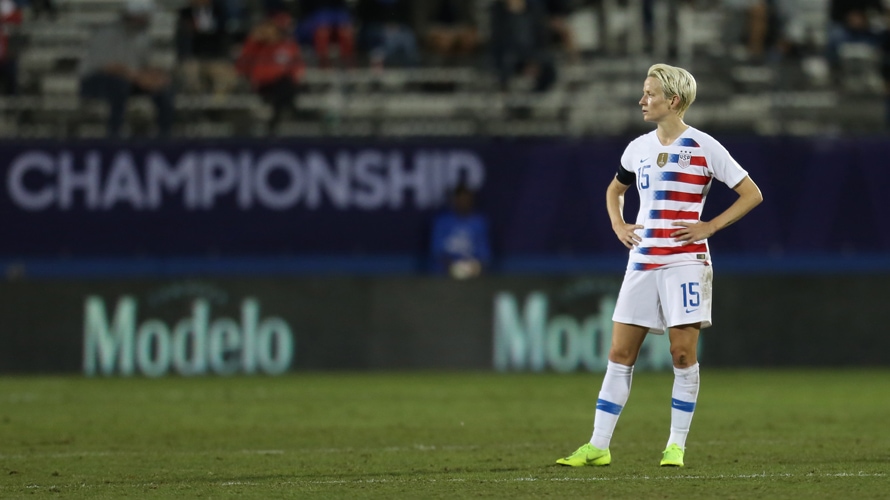 And somehow, between playing soccer and her charitable work, she manages to run a fashion business and soccer clinics with her twin sister, Rachel.

It’s a massive list but one that she likely won’t pare down anytime soon, telling The Los Angeles Times: “I have this incredible platform. I’ve been very lucky to be on one of the most recognizable teams and to have this huge following. To not use that, to not give back, that’s selfish. And I don’t feel right about that.”

For her part, Bird is more low-key about where she spends her time on issues and found her own values aligned closely with an organization called Z Girls, which is dedicated to empowering girls to be more confident.

“I started working with Z Girls three years ago, and it really spoke to me because it was tough for me growing up,” she says. “I can only imagine how hard it is today and this is a way to connect to young girls and give them the confidence to be themselves and to have a voice in whatever it means to them.”

Where the roads converge for both Bird and Rapinoe is with Athlete Ally, an organization that works to stop homophobia in sports. Both are ambassadors and appreciate how the gay and straight sports communities come together for a common goal.

“It’s a perfect organization for us because it’s a good way to engage everyone and give them the opportunity to be involved in a meaningful way,” says Rapinoe.

There’s no question that the couple finds Seattle a perfect fit. Yet, for Bird, a Long Island, NY native, it wasn’t initially a smooth transition. After being drafted by the Storm, Bird had the typical preconceived ideas about the city: that it rained a lot, and it was far from home.

“I thought, ‘what am I getting myself into?’,” she says. “But looking back on it, I couldn’t have asked for a better situation. The city suits me well.”

“I thought, ‘what am I getting myself into?’,” she says. “But looking back on it, I couldn’t have asked for a better situation. The city suits me well.”
Sue Bird, Seattle Storm
@zanger doug.zanger@adweek.com Doug Zanger is a senior editor, agencies at Adweek, focusing on creativity and agencies.