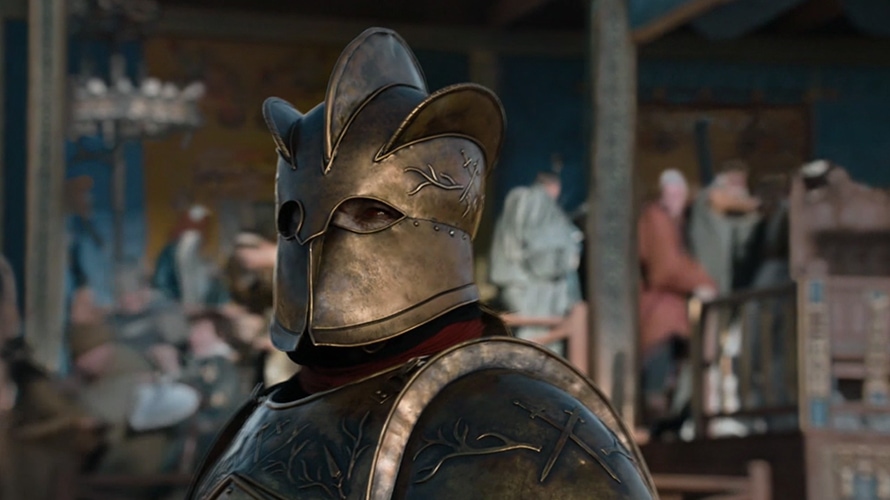 What helped the agencies pull this thing off was that one world (Bud Light's realm) was inspired by the other.
Bud Light/Game of Thrones
Share
By Katie Richards
|
February 4, 2019
Share

HBO wanted its 2019 Super Bowl ad for Game of Thrones to deliver storytelling that felt as dramatic and epic as the show itself. With Game of Thrones approaching its final season (premiering April 14) the brand wanted to air something that could truly shock a group of fans who, at this point, are pretty damn hard to surprise. And boy, did HBO deliver.

In just 60 seconds, HBO once again publicly executed an iconic character, during the second quarter of the Big Game. Don’t worry though, it’s not another one of your favorite Game of Thrones characters, but rather one from a Bud Light marketing campaign—the Bud Knight.

If you’re not familiar with the Bud Knight, he lives in a medieval marketing kingdom created by the people at Bud Light and creative agency Wieden + Kennedy New York. The campaign in which this knight stars, made famous for its “Dilly Dilly” tagline, kicked off in August 2017 with a spot called “Banquet.” Sine then, the brand has continued to dive deeper into this realm in all of its most recent marketing efforts.

So how did a knight from the medieval realm of Bud Light end up meeting a violent death at the hands of Game of Thrones’ Gregor “The Mountain” Clegane?

It started in May of last year. HBO approached Droga5 to work on the “#ForTheThrone” campaign—a $20 million marketing effort that will continue to roll out in the form of social stunts, experiential activations and social promotions over the coming months. That work would also include a Super Bowl execution for 2019. The two talked over concepts for a few months, figuring out how HBO could truly honor all of the Game of Thrones characters who have lost their lives and done just about anything for the throne. From the very beginning, the creative execution was pretty obvious to both parties.

Bud Light’s Bud Knight was going to die and the marketing team at Bud Light had absolutely no idea.

“We began developing a campaign around a simple idea that for seven seasons, characters have battled and sacrificed for the throne,” explained Zach Enterlin, evp, program marketing at HBO. That got the team thinking, “What would fans and even brands do for the throne?”

That led HBO and Droga5 to Bud Light and an idea that, in just one 60-second ad, would publicly execute an iconic Bud Light character, one that the brand has found so much success with in the past year.

It may seem puzzling at first, but really the collaboration makes complete sense. “There was a clear connection, given that Bud Light was inspired by Game of Thrones for the creation of the Dilly Dilly world. Plus, in their own right, Bud Light is a really iconic Super Bowl advertiser,” said Enterlin. “Bud Light jumped at the opportunity.”

“We’re huge fans of Game of Thrones, so when HBO brought the idea to us, we jumped at the opportunity to collaborate with them to create something unexpected and epic for Super Bowl LIII,” added Alissa Heinerscheid, senior director, Bud Light.

What came next wasn’t exactly an easy task. Two brands had to work with their two respective ad agencies (who, mind you, are highly sought after, competitive shops) to create possibly one of the most shocking Super Bowl ads, with one of the biggest twists the game has seen in quite some time. Plus, the creative integrity of both brands needed to be preserved in the process.

“I think we all very much understood the exciting opportunity we had,” explained Jono Paull, creative director at Droga5. “To do it right we had to think of the spot in two halves.”