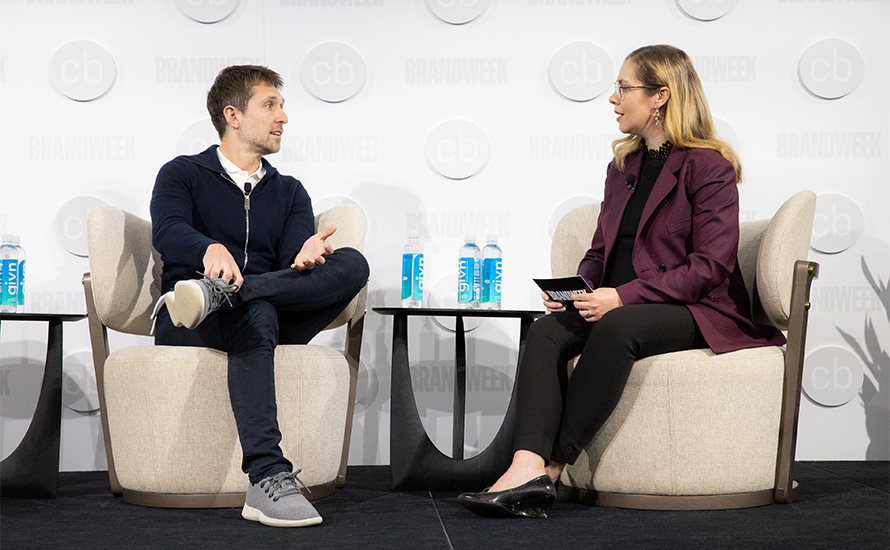 The world in which direct-to-consumer brands used investment money to acquire customers on the cheap through digital channels is long gone.

But that doesn’t mean the DTC world is necessarily in a bubble, argued Ben Lerer, managing partner at Lerer Hippeau, and CEO of Group Nine Media, on stage at Adweek’s Challenger Brands Summit at Convene NYC on Liberty Street in New York. As one of the earliest investors in Warby Parker back in 2011, Lerer Hippeau’s solidified itself as an important and guiding voice in the DTC industry. In conversation with Stephanie Paterik, executive editor of Adweek, Lerer spoke about his initial decision to start investing in DTC brands and what DTC brands need to do to stand out in today’s world.

Why DTC Brands Were a Good Bet

Lerer, who was the original co-founder and CEO of Thrillist, said he originally started investing in companies thanks to his dad, Ken Lerer, who co-founded Huffington Post and was once chairman of BuzzFeed. One of the first companies he invested in was Warby Parker, and now, 10 years later, Lerer Hippeau’s invested in more than 300 companies. Part of what worked for the investment fund, explained Lerer, is the brand association.

“We started investing in some of these folks, [and] it just so happened we got lucky,” Lerer said. “We were able to ride the momentum of some early portfolio companies in our first fund that ended up becoming big consumer breakouts.”

But now, as the market for DTC brands has become incredibly saturated and with digital channels no longer selling ads at cheap rates, it’s not as easy to write “small, gut-driven checks,” said Lerer.

Lerer said the market’s changed now, both because there’s so much competition among DTC brands in a single category and incumbents “have woken up” and are ramping up their efforts to go after consumers.

Part of the correction that’s happening in the market right now, with brands like Brandless shutting down and Casper’s lackluster IPO, is due to democratization of arbitrages that once existed on social media channels, said Lerer. There was a gold rush of venture capitalists investing in these brands because it was easy to acquire customers on platforms like Facebook, and once companies hit peak customer acquisition levels, it became hard for the brands to pivot and find other sources to attract new consumers.

“The market is not actually limitless,” Lerer said. “Companies who built single marketing channels on social media hit a wall. The more reliant you were on that single channel, the harder hit you were when the music stopped.”

And, Lerer said, DTC didn’t mean that consumers were no longer also buying items in-person or from shops with many brands. Now, a DTC brand requires more of a “thoughtful” process of what makes it stand out and why the company needs to exist.

Another key aspect Lerer focuses on when choosing to invest in a brand is the founder and the initial team.

“One of the learnings [after] doing this for 10 years [is that] very rarely does the company not have to pivot,” Lerer said. “The person is important, the team is important, because they’re the ones who are going to have to bob and weave and be flexible.”

To close out his chat, Lerer shared his most important advice: “Planning for a billion-dollar exit is not a strategy.”