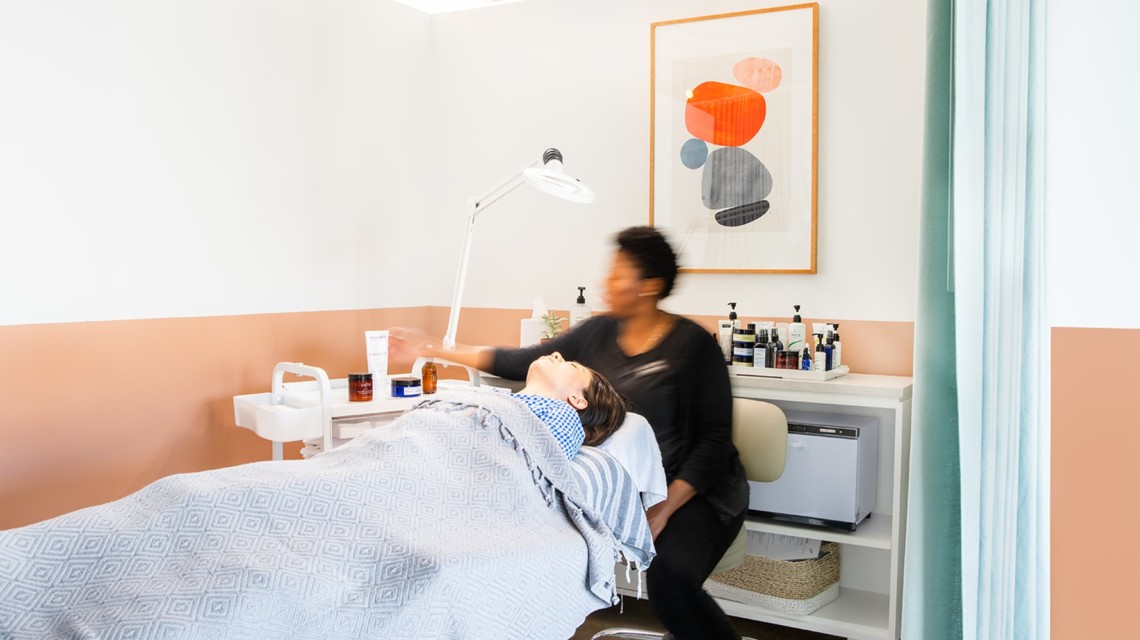 These challengers are showing that a relaxing spa day doesn't need to be a financial strain. - Credit by Heyday

A trip to the spa is many things—relaxing and rejuvenating, but also expensive and time-consuming. A number of new skincare concepts want to remedy this.

Over the past half-decade, disruptors like Glowbar, Heyday and Skin Laundry have all opened their doors, first in New York and later expanding to cities like Los Angeles, Miami and Phoenix. These places offer a faster, more affordable facial alternative, and with these shorter times come lower price tags than those usually associated with facials, which can run well over $100 at a spa.

The concept, which marries the wellness obsession with consumer demand for speed and efficiency, is all about turning the idea of what a facial is on its head, according to Adam Ross, CEO of Heyday.

“When a lot of people hear the word ‘spa,’ it connotes beauty, pampering and indulgence,” he said. “For us, it was really important to reposition a facial, take it out of the spa and change the environment with which it’s delivered because we don’t view it as beauty; we view it as self-care.”

Skincare has been a beneficiary of the increasing popularity around self-care. Glowbar co-founder and CEO Rachel Liverman said that people are more willing than ever to make time for skincare. The global skincare market, currently worth $141.3 billion, is expected to climb to $180.3 billion by 2024 and is increasingly serving a younger customer base, according to Statista.

“The consumer is finally understanding that skincare is part of their wellness routine,” said Liverman. 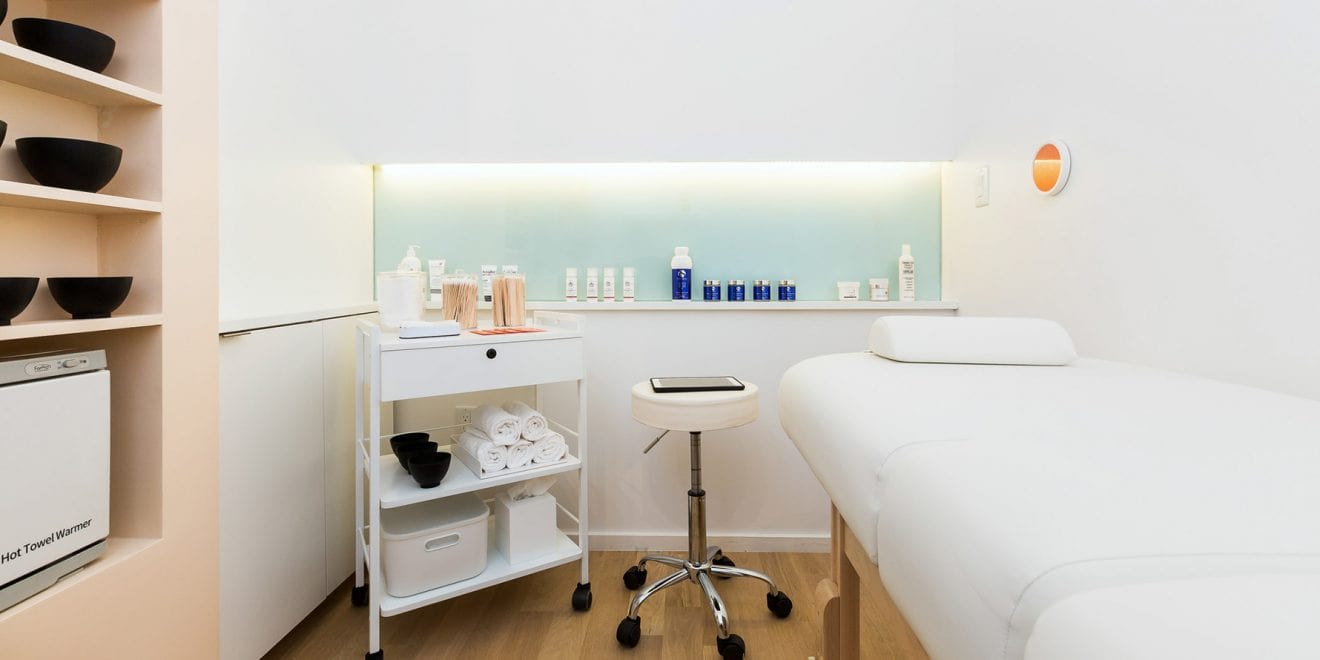 Glowbar opened in June of this year and only offers 30-minute facials. Co-founder Rachel Liverman brings a multigenerational knowledge of skincare to her operation; her grandmother opened the first esthetics school in the U.S., a business her mother owns today.
Photo by Kelsey Ann Rose
At the same time, these brands offer a solution for those who don’t want to dedicate hours to a spa visit—namely, younger customers.

“This is a different generation that’s not willing to spend two hours at a spa,” said Larissa Jensen, beauty industry analyst at the NPD Group.

The treatments are streamlined, too. Instead of offering a multitude of different options, Heyday simply asks visitors to choose how long they want their treatment to last (all of Glowbar’s are 30 minutes), and the estheticians change approaches based on customer preference.

“We want to simplify the menu, and we’re going to personalize the treatment based on your skin type and conditions,” Ross said.

These operations are also masters at branding. The visuals are a key element of reminding consumers that just because these alternatives are faster than what they’re used to, it doesn’t mean they’ll be sacrificing the atmosphere and effective treatment.

“It’s about that experience and wanting to have that beautiful environment to decompress,” said Jensen. “Branding yourself and putting yourself in a position where you have it out there that you are a place to relax and that you are visually showing your luxury is important.” 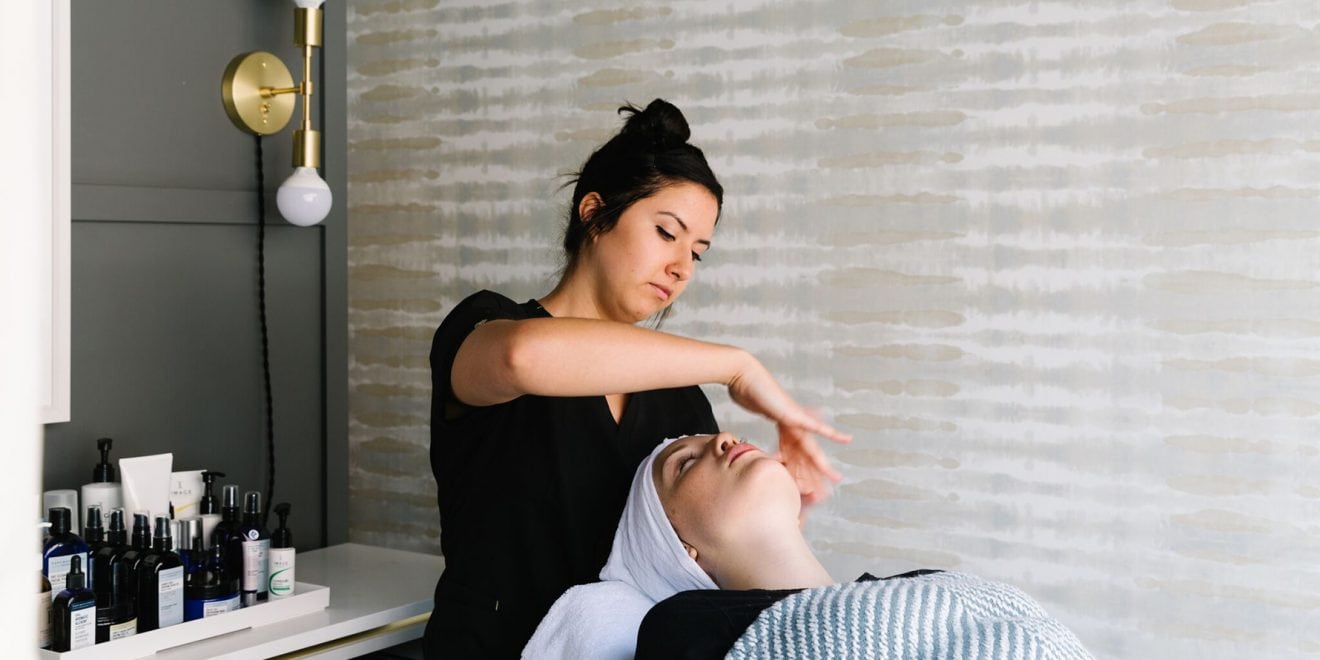 First opened in 2015, the firm operates eight locations in New York and Los Angeles, and has raised $8 million in Series A funding as of November 2018. It offers 30-, 50- and 75-minute facials, which cost $65, $95 and $140, respectively.
Heyday
This starts with their physical spaces. Heyday’s shops are done up in marble wallpaper with gold accents while Glowbar’s Tribeca location is sleek, with bright white walls and pops of color from the products themselves. Instead of subdued spa tunes, popular music plays so the resulting atmosphere delivers the same soothing feeling you’d expect and resembles a cool boutique rather than a medical office.

“[We wanted] to make it feel very casual in the right way,” said Michael Pollak, chief brand officer of Heyday. “I think that gets people to come in no matter what their expertise or experience is when it comes to engaging in skincare at a deeper level.”

The marketing materials matter, too. Glowbar’s branding revolves around the color red, from the walls of its shops to its Instagram feed. Liverman said that the color is reflective of the brand’s “bold, modern approach to skincare,” and that it has helped to differentiate Glowbar from competitors because red is often avoided due to its association with inflammation or acne.

“People shy away from that color, whereas at Glowbar, we’ve embraced it,” she said. “In response, people are trusting us in an interesting way. They see kind of how different we look, and they’re like, ‘Oh, they mean business.'”

This Santa Monica, Calif., storefront has been around since 2013 and is known for specializing in laser facials that can be as short as 15 minutes. Plus, a customer's first treatment is always free.
Skin Laundry/PRNewswire
Ultimately, what these places offer is a chance to experience that luxury for consumers who may not have been able to before, whether that was due to time or budget constraints.

As Liverman said, “There’s no reason why someone can’t fit a 30-minute treatment into their life.” 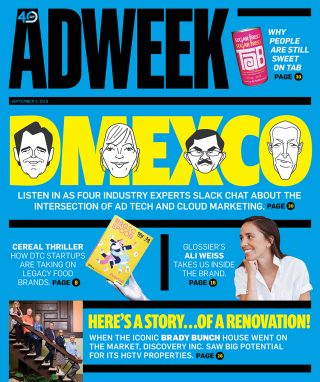 Click for more from this issue
This story first appeared in the Sept. 2, 2019, issue of Adweek magazine. Click here to subscribe.
@dianapearl_ diana.pearl@adweek.com Diana is the deputy brands editor at Adweek and managing editor of Brandweek.