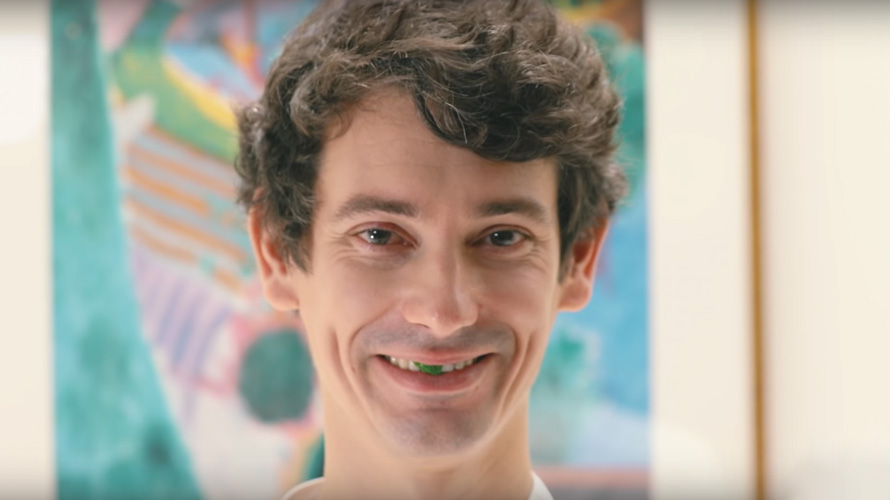 Is it organic? Check. Zero-waste? Check. Tied to a subscription model? Check.

Noice, a new toothpaste brand scheduled to debut in the U.S. this June, ticks all the familiar boxes of a modern CPG startup aiming to upend its predecessors.

After collecting over $40,000 from a successful Kickstarter campaign earlier this January, Noice is currently pre-selling its products on Indiegogo. A starter pack, which consists of one reusable bottle of toothpaste and two refill pods in biodegradable packaging, is listed at $17 (shipping is free). The purchase is meant to cover two brushes per day for three months.

Evidence suggests the toothpaste category is doing well. In 2019, U.S. retail sales of toothpaste amounted to $2.97 billion, up 3.7% from the previous year, according to numbers from Nielsen. In January, Colgate-Palmolive announced plans to purchase oral care brand Hello Products—a less-than-decade old company that offers toothpaste, mouth rinse and floss, along with subscription boxes—for an undisclosed sum.

How has Noice made it this far in the process, and what have been its biggest hurdles? Co-founder Clement Hochart shared what he’s learned about building a CPG brand.

Get the word out

First, Hochart suggested making a video that both explains the product’s benefits and establishes the brand’s voice. In Hochart’s case, he took a self-deprecating, humorous route, playing a “cheesy French guy” who thinks he’s smoother than he is. (Hochart is French.) He also gets naked in it to stress that Noice has “nothing to hide.”

“If you create a brand that makes sense for people, and if people recognize themselves in the brand, then people are much more interested in talking about it with their friends,” Hochart said.

Hochart ran the spot as an ad on YouTube, and said about 20% of Noice’s Kickstarter contributors came from that effort. Uploaded to YouTube in November 2019, the nearly two-minute-long video has received over 57,000 views.

Hochart also mailed toothpaste samples to 100 influencers around the globe, and said 80 of them posted about it. Among the 80, he paid five to mention Noice.

What’s your favorite zero waste toothpaste option? I found Noice last month and they’ve quickly shot to the top of my list! @noicecare is the first gel toothpaste sold in a zero waste format, a glass pump bottle with compostable pod refills. They’re currently only available on Kickstarter (their campaign ends in 30 hours) so I wanted to share! I love the convenience of the pump bottle, it reminds me of the aquafresh pump toothpaste from my childhood, but way better! Even Nick likes it and that’s saying something because he’s usually very skeptical of my zero waste product recs ???? Noice is vegan, organic, and committed to offsetting 100% of their carbon footprint from shipping. It’s such a cool concept, especially for people who aren’t huge fans of other zero waste tooth paste options like tooth tabs! *To be transparent, this product was gifted to me, but I’m sharing because I’m really into it 🙂

Additional outreach efforts included contacting multiple media outlets, such as plant-forward publication The Beet, and Facebook groups, such as Living Consciously Crew. Ultimately, he targeted communities he thought would be receptive to natural, zero-waste products. At no point in the process did Hochart hire a PR firm or rely on outside help.

Commit to your vision

Although it takes longer and is more likely to induce headaches, Hochart emphasized that for his particular toothpaste brand it was crucial to keep everything as sustainable and organic as possible.

“When you want to start a zero-waste brand, you always have very high expectations,” Hochart said.

He also noted in terms of securing raw materials and ingredients, “the worst stuff is the easiest to get.” Working with a manufacturer in Thailand and sources across Southeast Asia and some European countries, Hochart said he spent a lot of time arguing with his partners. He had to repeatedly ask them to search for more options when they kept returning with packaging and formula components that didn’t quite meet his standards. Sometimes, he said, his partners and suppliers felt more like obstacles than allies. He had to fight against established ways of doing things to achieve his vision for the brand.

Hochart said this aspect of the process took a great deal of energy and patience. Along the way, he had a lot of reasons to capitulate on one detail or another, but knew that too much compromise would leave him with a brand he didn’t want to build. So he did his best to resist.

“The hard part is maintaining your position even when you’re not sure you should,” Hochart said.

Get the right feel

“I had a good idea of the taste I wanted to reach, so it took quite a lot of samples to reach the taste I was happy about,” said Hochart, who has a background working as a wine sommelier.

Minor tweaks included, Hochart said he went through somewhere between 40-60 versions of his toothpaste over the course of 1.5 years until they got the taste just right.

The trick was to find the right thickness and consistency. Something not too solid, but not too liquid that it slides off the brush. He also wanted a gentle, neutral taste that would linger without being a “bomb inside your mouth, destroying your taste buds.” The difficulty was that altering the consistency would often alter the taste, and vice versa.

One special achievement Hochart seems particularly proud of: Noice toothpaste doesn’t ruin a perfectly good glass of orange juice if you want to drink one directly after brushing.