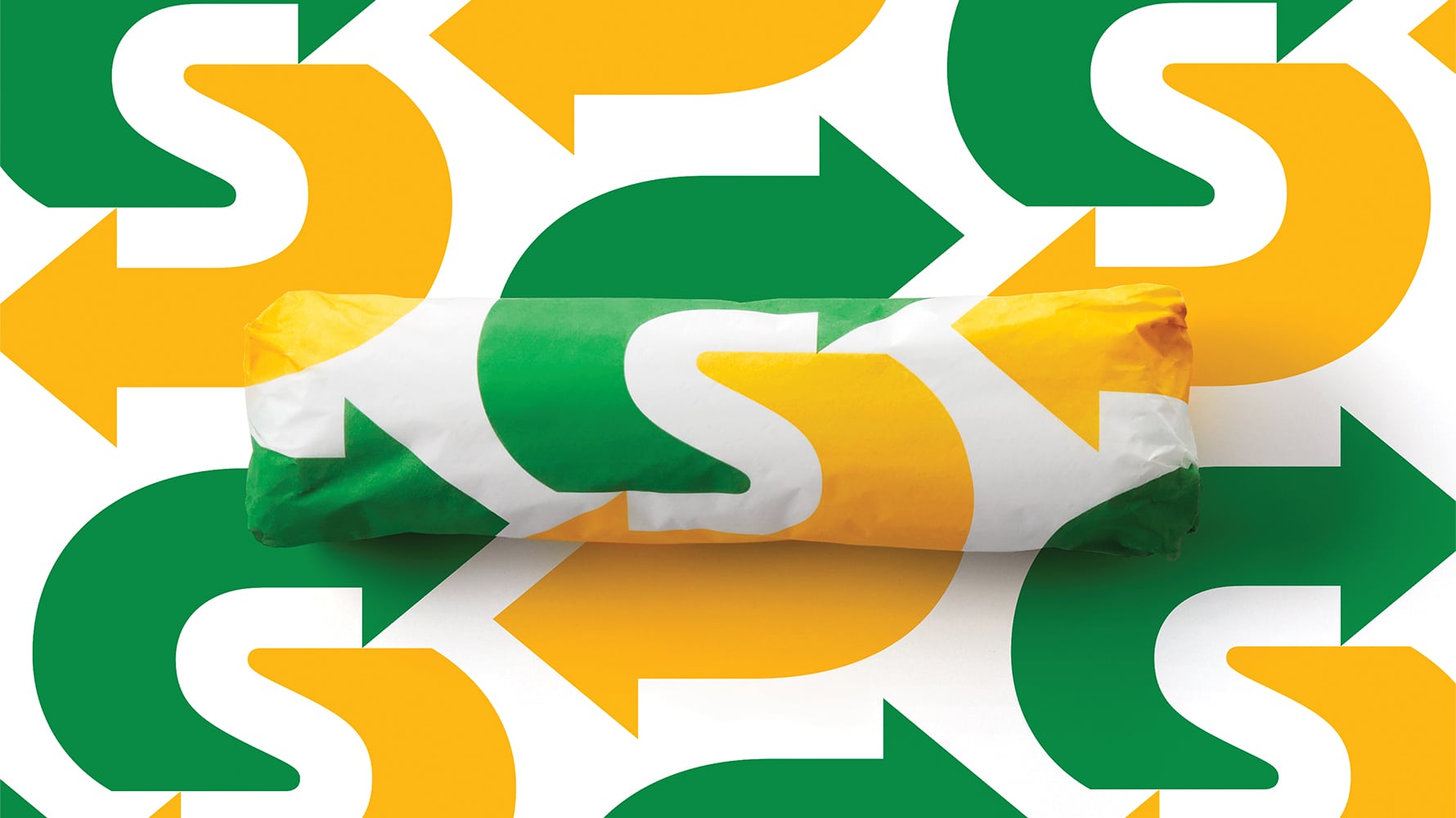 To say that Subway’s marketing department has been a hot mess in recent years is an understatement.

Since 2015, the same year the chain’s former spokesperson Jared Fogle landed himself in prison for child pornography and sex with minors, Subway has dealt with a revolving door of both creative agencies and marketers. Like many established brands, the 54-year-old sub purveyor is trying to find relevance in the face of changing consumer tastes.

Despite the struggles, one bright spot for Subway came two years ago in the form of a massive, much-needed overhaul of its visual identity. After years of disjointed and outdated imagery, Subway made the choice to invest in its brand via updated packaging, in-store imagery and a revamped logo.

The revamp was led by Publicis design firm Turner Duckworth, which was tapped by former chief marketing officer Joe Tripodi, who retired from Subway last year. Tripodi had worked with Turner Duckworth on Coca-Cola’s rebrand about a decade ago while serving as the drink giant’s CMO.

“[Tripodi] realized that the brand was in a situation where it desperately needed a design overhaul,” said Andy Baron, creative director at Turner Duckworth.

First, Subway wanted Turner Duckworth to focus on creating an in-store experience that would resonate with consumers. Second, Subway was struggling to carve out a niche. The company sits between fast-food giants and healthier, more expensive options, so part of the brief involved differentiating the brand to prevent it from languishing in the murky middle.

An assessment of Subway’s existing visual identity found that it lacked cohesion, which made many of the brand’s elements feel disparate. Turner Duckworth sought to change this by taking Subway back to its roots and streamlining its overall look. This involved playing up its iconic green and yellow coloring as well as its signature arrows.

“If you close your eyes, those are the things you think of when you think of Subway,” Baron said, explaining that the firm wanted to “unlock the potential” of these symbols instead of concocting something brand new.

Armin Vit, co-founder of graphic design firm UnderConsideration (which did not work on the Subway rebrand), said the new logo was “executed within the trends and normalcy of today’s logos” that typically are marked by their straightforwardness and sans-serif typefaces.

The redesign also involved using the chain’s well-known arrows to drive home the fact that Subway has long prided itself on customization, a brand attribute that Baron said the company “invented” and wanted to get more credit for. Instead of just appearing on the logo, the arrows now literally pointed to different ways that customers can order their subs.

Marie Han Silloway, Subway’s vp of global brand management and acting creative advertising leader in the U.S., said the chain’s new visual identity was inspired by what they serve. “The bright, bold colors are representative of the food served in our restaurants—from green inspired by peppers, to the red of tomatoes—as well as fresh veggie displays in the remodeled locations,” she said.

While Baron said he can’t speak from a business perspective, he believes that the new visual identity, which began its global rollout in 2017, has been successful so far.

“One of the things that gets a lot of feedback, in particular, is the cup,” he said. “Just by virtue of the way it’s designed, you can see it a mile away. It’s become this iconic piece of design.”

Turner Duckworth
A few years back, Baron said he and the team had the opportunity to show off the redesign to thousands of franchisees at a company event, where it got a “surprisingly positive response” from those in attendance.

From a business perspective, it appears as though the new look is working. According to QSR magazine, remodeled Subway stores experienced an 11% increase in gross profit, while traffic lifted more than 8%, when compared to ones that hadn’t updated yet, a sampling found.

However, the redesign is more divisive within the design community. Vit called the new logo “stiff and clunky,” adding that it’s “simply another rendition of what the Subway logo has always been,” with a 2019 twist. “The new logo is fine, but it’s not timeless,” Vit said. “It will feel dated in five to 10 years because it’s operating within today’s standards.” 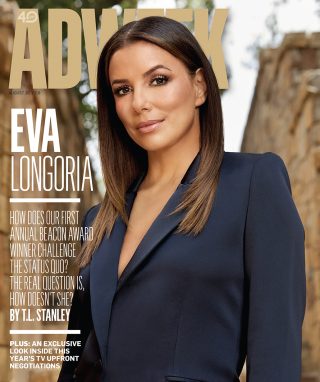 Click for more from this issue
This story first appeared in the Aug. 26, 2019, issue of Adweek magazine. Click here to subscribe.
@Minda_Smiley minda.smiley@adweek.com Minda Smiley is an agencies reporter at Adweek.