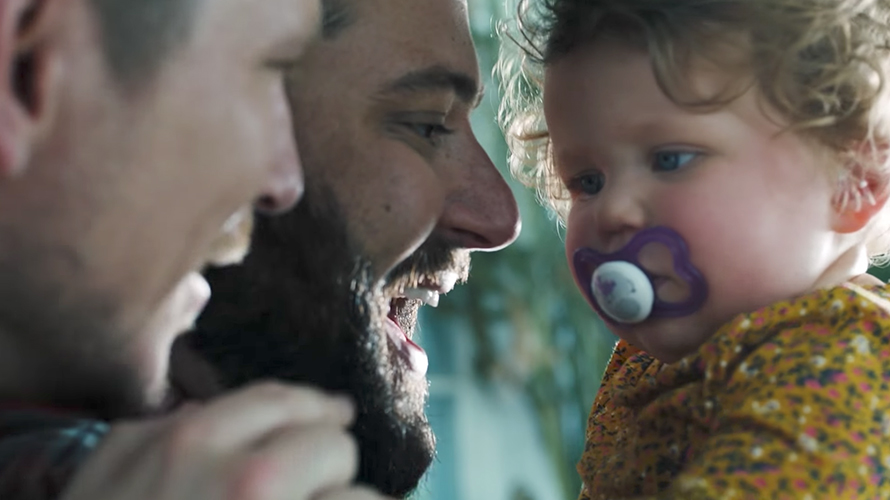 A new spot from HP encourages LGBTQ talent to join the team. - Credit by HP

HP has long been committed to making the company as diverse and inclusive as possible. The team recently discovered a Harvard Business Review study which stated that one-third of LGBTQ employees hide their personal lives in the workplace. One in 10 LGBTQ employees have even left a workplace because it was unwelcoming.

With that in mind, HP decided to focus its next digitally-driven campaign on LGBTQ employees, as part of its larger commitment to diversity and inclusion.

Earlier in the year, the company launched the Reinvent Mindsets series. Its goal was to open the HP workplace up to all different types of people–women, LGBTQ and other minorities. “We went out at the beginning of the year to create a platform, a recruitment platform if you will, to attract people of underrepresented minorities,” Antonio Lucio, HP CMO, said.

HP just launched “Proud Portraits” as a call to action for existing LGBTQ employees to feel welcome in the workplace, to share who they are and for new, potential talent to apply.

“The primary takeaway from this is that HP is hiring, and talent is our only criteria. We want to remove those biases that exist within the marketplace,” Lesley Slaton Brown, HP chief diversity officer, said.

HP partnered with nonprofit Out in Tech on this most recent portion of the campaign. Out in Tech aims to support LGBTQ talent in the tech community by providing resources and connections to help further their careers.

“Because HP wants that environment, where people can come as they are and really feel that sense of belonging, we want that to happen for youth at an earlier age as well,” Brown added. “Much like the investment we made in STEM, and starting very early in exciting, incentivizing and motivating underrepresented groups to get interested in STEM, we are partnering with Out in Tech to do the same.”

“Proud Portraits” is part of an ongoing effort from HP in the diversity and inclusion space. Late last year the company called on all of its agency partners to develop a plan, detailing how each agency would increase the number of women and people of color working for them. This September, HP released the results from each agency–and the company included its own results in the 2016 Sustainability Report.