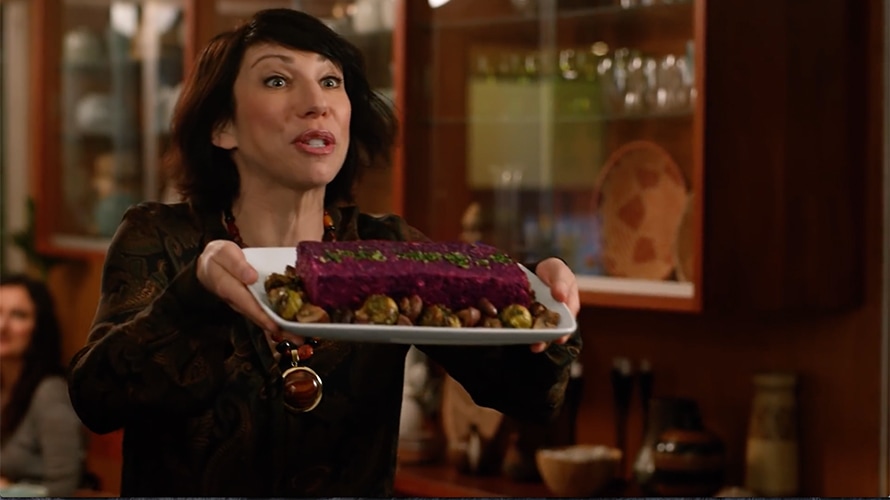 For any vegan fan watching the Super Bowl, there was one ad that didn’t sit right.

It was fairly innocuous, as Bateman, posing as an elevator attendant, took passengers down to different scenarios, each one worse than the last. However, one “bad” floor was a vegan dinner party, in which someone made “beet-loaf.” Vegan fans on Twitter were not happy with the ad and voiced their opinions—including Peta.

ICYMI: The trend of 2019 is taking the elevator UP to vegan dinner parties (and an Earth, heart, & animal-friendly lifestyle). Instead of buying a car from people with outdated ideas, we suggest a vegan Smartcar by Mercedes. Great mileage & acceleration, turns on a dime.

The less than subtle vegan shaming in the Hyundai Super Bowl ad? Wow.

It’s gotten so bad that Hyundai is responding to customers on its Twitter account and stating that they don’t necessarily hate vegan food.

We actually love vegan food and are glad it's going more mainstream. pic.twitter.com/pZJqRfmhXY

Nothing wrong with being vegan. That guy just doesn't like beetloaf. We're really lucky to have you in the Hyundai family.

Barney Goldberg, executive creative director at Innocean, the agency behind the ad, said in an earlier interview that he thought people would react “positively.”