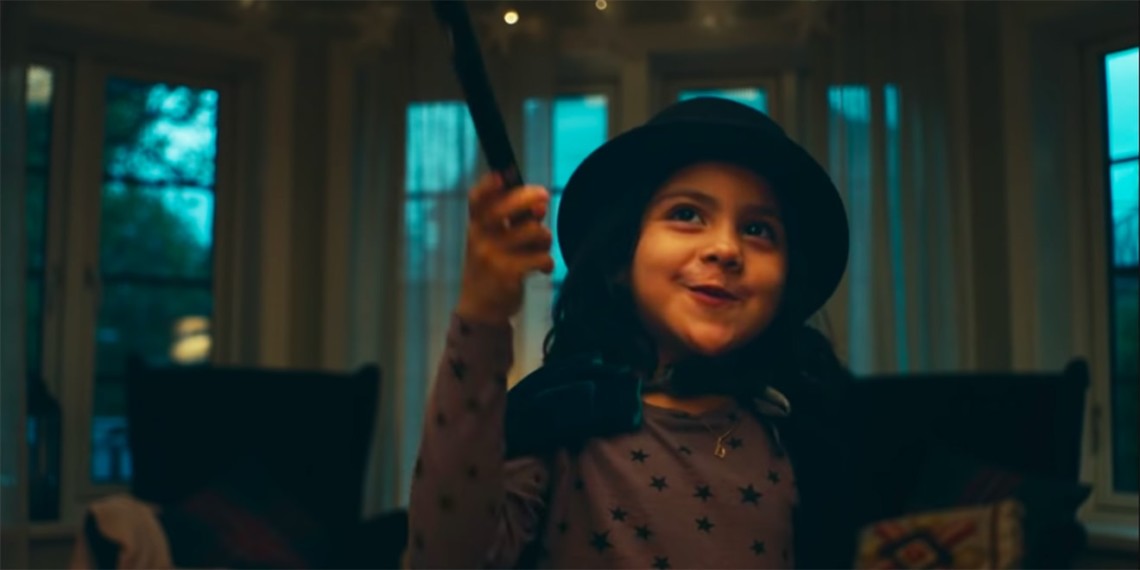 In one of two Ikea ads featuring aspiring magicians, a young girl prepares to bring down the house. Åkestam Holst

Well this is odd.

Ikea has launched two different holiday ads in two different countries starring two different precocious young magicians in very similar situations, but the connection is apparently just a coincidence. Luckily, both are quite good, and even if the more conspiratorially minded among us think there might be some creative cribbing going on here, it would certainly be a victimless crime.

From the retailer’s home nation of Sweden, agency Åkestam Holst brings us “Little Magic,” in which a young girl in a top hat and cape attempts to impress her gathered family at the dinner table with feats of illusion. At first, they’re supportive and politely ignore some of her more obvious tells.

But then things get truly dramatic.

Meanwhile, in Canada, agency Rethink spins a holiday tale with a similar setup—a young magician attempting to impress relatives at the dinner table. But this time, things end a bit more merrily.

The Canadian spot is from the same agency that recently created a sequel to Ikea’s 16-year-old, much celebrated ad “Lamp,” once again bringing a happy ending to a seemingly bleak scenario.

It’s not unknown for brands to roll out similar creative as part of a global campaign involving multiple agencies, but apparently this one was truly just a coincidence, according to leaders who worked on both ads.

For Ikea Canada, “Magic Man” and its theme of creating new life for older furniture, is a continuation of the recycling message seen in “Lamp 2.”

“This holiday season we set out to further strengthen our Beautiful Possibilities brand platform,” Ikea Canada CMO Lauren MacDonald tells Adweek. “Magic Man continues our ‘Sustainability and Circularity’ narrative that we unveiled in the fall with ‘Lamp 2.’ While ‘Lamp 2’ told a circular story about giving a product a second life, Magic Man tells a circular story about prolonging a product’s life by reimagining its purpose and customizing it as a meaningful gift.”

The “Magic Man” ad aimed to bring the topic of re-use into the one place you’d least expect it: a holiday shopping ad, where you’d normally find an inescapable out-with-the-old consumerist mentality.

“There is no question that the holiday season can be the most wasteful time of the year,” MacDonald says. “The holidays create the conditions to tell a different story about gift giving that defies the cultural norm that a good gift must be new or expensive. This sweet story of a boy and his grandfather demonstrates that a thoughtful gift can truly bring about holiday magic, even if it’s not new or expensive.”

As for the similarity, teams on both ads said the spots were created completely independently (from different briefs too) and that they were surprised to see the ads share a creative premise.

“It’s just one of those coincidental occasions when things come out at the same time reminding you of each other,” says Jesper Holst, co-founder of Åkestam Holst. “Magic in its own little way.”