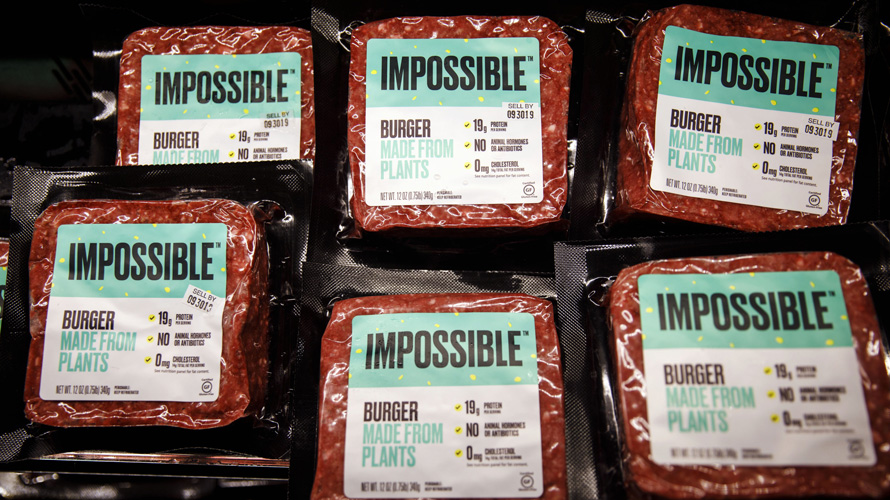 Impossible Foods said today that its flagship product, the plant-based meat alternative, the Impossible Burger, will be available in 777 additional markets across California, Nevada and the greater Chicago area this week.

While the food-tech company had planned an aggressive retail expansion in 2020, Impossible said it fast-tracked the schedule after widespread shelter-in-place orders due to COVID-19 sparked an increased demand among home chefs and retailers.

“If food consumption patterns change, we have to take advantage of our agility and resourcefulness to be able to go where food consumers are going,” said Impossible Foods CEO and founder, Pat Brown. In that respect, he said, this launch is timely, adding that there will be more to come later in the year.

And while coronavirus-related safety precautions will make the kinds of in-store signage and marketing materials difficult alongside this announcement, Impossible communications director Rachel Konrad said they’ve always relied heavily on word-of-mouth to spread awareness of their products. “With everybody staying at home, that’s happening on social more and more,” she added.

The company is also adding new recipe content on its website to support and inspire home chefs, and recipe how-to videos on social, with more to come in the next few weeks, said Konrad. Starting this weekend, Impossible will be hosting a live event on IGTV with its head chef, J. Michael Melton.

Following an FDA rule change last week, Impossible’s restaurant partners have been free to sell the wholesale products directly to consumers with minimal labeling changes. Around 70 restaurants, including Austin, Texas-based Hopdoddy, have taken advantage of that change, offering the uncooked Impossible Burger meat product as a “pantry” item to consumers for at-home cooking and consumption.

The buzzworthy meat alternative debuted at dozens of major fast-food joints, restaurants and even Disney theme parks over the last year as Impossible and competitor Beyond Meat fought for dominance in the market for meat substitutes that taste more like real meat than a traditional soy or veggie burger.

The special ingredient in the products is heme, a protein that makes the “meat” seem to actually bleed, just like the real thing. While both Impossible and Beyond Meat have built hype for the cause thanks to celebrity endorsements, support from environmental causes and a good amount of old-fashioned curiosity from consumers, some have noted that during the frantic, early days of the pandemic, it was the meat alternatives that tended to still be on the shelves. According to Impossible, however, that news was largely fueled by memes and hasn’t been reflected in sales numbers.

Impossible debuted the Impossible Whopper at Burger King last year, and this year the fast-food chain launched a new breakfast sandwich—the Croissan’wich—featuring the company’s fake meat. The pork alternative product in the Croissan’wich, and featured in several other fast-food products, was introduced at CES 2020 in Las Vegas earlier this year. Impossible also partners with hundreds of small businesses around the world, with availability in more than 15,000 restaurants in the U.S., Hong Kong, Singapore and Macao.

So far, Impossible Foods president Dennis Woodside said the pandemic hasn’t had any effect on the company’s plans for international expansion, teasing news about an upcoming launch in the Canadian market.

The new retail expansion will amount to a more than 500% increase in the company’s retail footprint, and more than 1,000 grocery stores nationwide. Participating grocery stores are all owned by Albertson’s, and include Safeway, Wegman’s, Jewel-Osco, Pavilion and Vons stores.