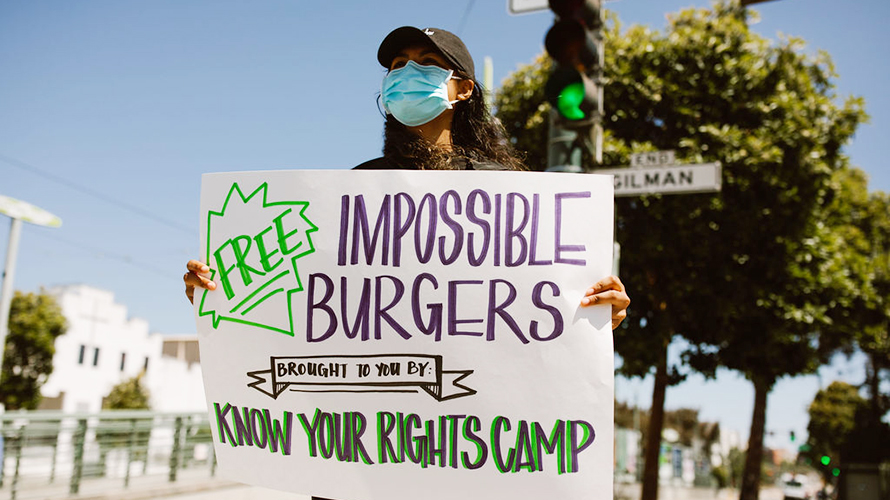 Impossible Foods has partnered with activist-athlete Colin Kaepernick for a multi-city program that will feed residents in underserved communities.

Through the former NFL quarterback’s nonprofit group, Know Your Rights Camp, the brand will hand out packages with its plant-based products to local families and serve cooked meatless burgers via on-site food trucks in San Francisco, New York, Los Angeles and other cities through the end of the year.

The relationship has been in the works for several months, with Impossible execs calling it “weighty” and far-reaching in its size and scope, giving the brand a way to address food insecurity and social justice at the same time.

“There’s a stigma around food insecurity that shouldn’t be there,” said Jessica Appelgren, vp of communications for Silicon Valley-based Impossible. “It’s the new normal of how a lot of people are living right now, and it’s disproportionately impacting communities of color.”

The problem already existed, but the onslaught of the coronavirus has accelerated the need, she said. By the end of April, more than one in five households in the U.S. and two in five households with children under 12 were food insecure, according to the Brookings Institute.

The partnership, announced Thursday in San Francisco, comes on the heels of a first-look development deal between Kaepernick and Disney and another high-profile TV project with director and producer Ava DuVernay. Meanwhile, Kaepernick’s group and Robert F. Kennedy Human Rights have each committed $1 million for bail funds for those arrested during recent protests.

Know Your Rights Camp, Kaepernick’s education, empowerment, mass-mobilization and leadership movement, began in 2016 and eventually fanned out from its first gathering in Oakland to Miami, Chicago, New Orleans and Baltimore, among other spots.

Organizers have had to pivot from those crowd-gathering in-person events because of the public health crisis, but they’re continuing their grassroots efforts. 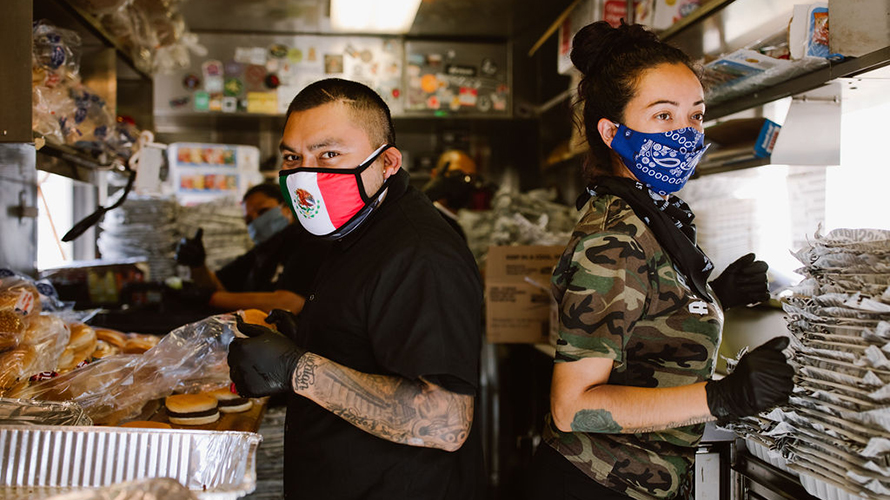 Inside the food truck at Thursday's Know Your Rights Camp event.
Impossible
The link with Impossible means that they can try to chip away at “the disparities that currently exist for families, while we further grow awareness and acknowledge that maintaining good health and nutrition should not be selective for some but should be experienced by all,” said Patricia Robinson, Know Your Rights Camp’s director of community outreach. The match is also a logical one since Kaepernick, a well-known vegan, often touts the benefits of a plant-based diet.

Impossible, one of the major players in the faux-meat category, has pledged to donate at least 1 million meals this year, with 100,000 pounds of its products already going to food banks and more than 750,000 front-line medical workers, first responders and others since the start of the pandemic. 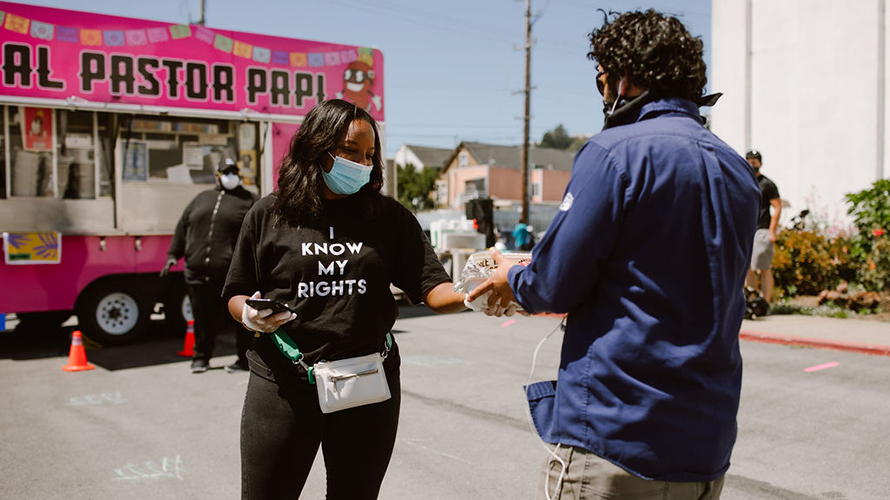 Impossible
The company has centered most of its activism in the past around its sustainability and better-for-the-planet messages, but execs said the relationship with Kaepernick’s group and programs that aim to fight against police brutality and increase voter registration show that they’ll lean more into the political going forward.