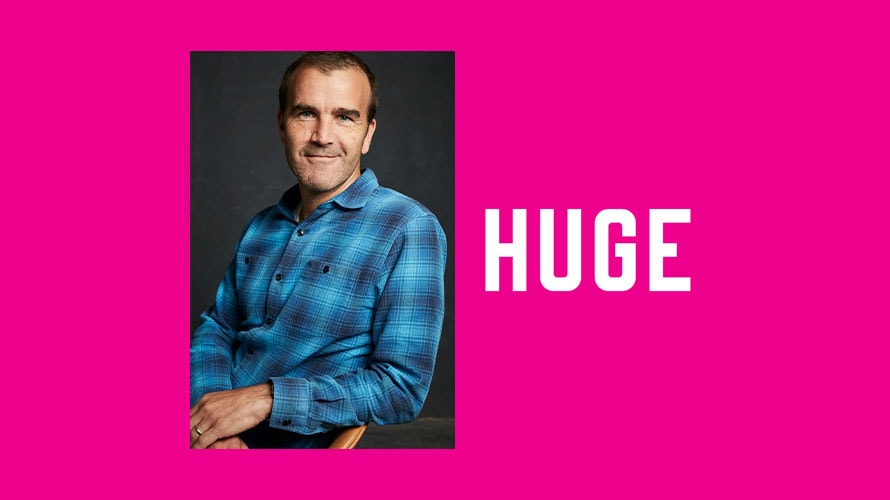 Digital design agency Huge has named Pete Stein as its new global chief executive officer. Stein will be based in the IPG network’s Brooklyn headquarters and oversee a team of more than 1,400 across 13 global offices.

Stein succeeds Michael Koziol, who was promoted from international president to CEO last March following the departure of agency founder Aaron Shapiro. According to a statement from Huge, Koziol is leaving to “focus on private equity ventures in media and entertainment, retail and ecommerce.”

"It's much easier to drive change and move toward the future by being part of a digitally native company, because they don't have the legacy ways of doing things."
Pete Stein, global CEO, Huge
“I’ve always been an admirer of the [Huge] brand,” Stein told Adweek, citing its “legacy of innovation and pushing the bounds of what’s possible.” He continued, “As I thought about the idea of coming back into agency land, I wanted to go to a place that was rooted in embracing change and viewed that change in an optimistic way.”

Stein spent more than 11 years in leadership roles at Publicis Groupe’s Razorfish, which is now part of Publicis Sapient, moving from svp to president and then CEO before leaving in 2014. He later became general manager of Fullscreen, a global network specializing in branded and social content that was founded by YouTube veteran George Strompolos and acquired by AT&T’s Otter Media in 2018.

“Pete has been a champion of digital technology since its emergence,” said IPG chairman and CEO Michael Roth. “Clients recognize his ability to deliver transformative business ideas, and to create and manage teams that can execute on those ideas.” Roth described Stein as “a strong collaborator who builds cultures defined by inclusion, teamwork and growth.”

“We couldn’t be more excited to bring him to our company, supported by the talented management team at Huge, including COO/CFO Raj Singhal who has been with IPG and Huge for the last 15 years,” he said.

Stein said, “It’s much easier to drive change and move toward the future by being part of a digitally native company, because they don’t have the legacy ways of doing things.” The first 60 to 90 days in his new job will involve visiting leadership in other offices around the world during which time he will “just listen and learn as much as possible.”

“It’s been an amazing honor and experience to work at Huge alongside the best talent in the business and most ambitious clients in the world,” Koziol said in a statement. “I’m proud of what we’ve accomplished and look forward to watching the company continue to thrive.”

Huge declined to elaborate on Koziol’s statement. The former CEO did not respond to a message seeking comment this afternoon.

President Holly Mason also recently left Huge after spending more than five years with the organization and co-leading its Brooklyn and Chicago offices. A spokesperson declined to comment on Mason’s departure.

This year, Huge has won several pieces of new business, including lead creative duties for Brooks Running and Realtor.com.