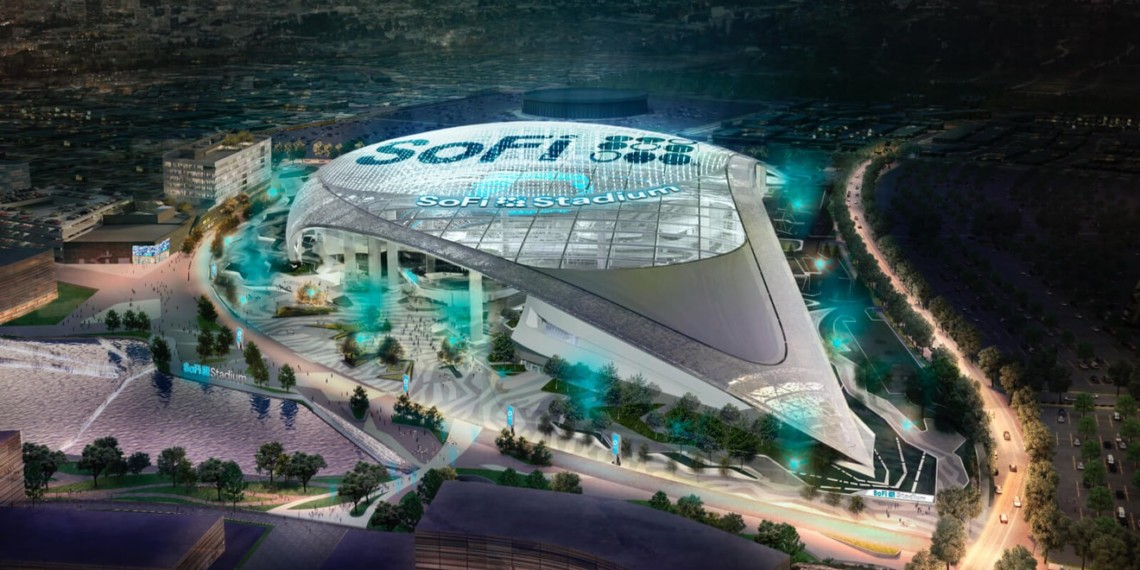 SoFi Stadium will open next September for the 2020-21 season. - Credit by SoFi

At some point between the nachos, the second round of beer and the fourth order of chicken wings, football fans will hear about SoFi. Soon, some will even call SoFi Stadium home.

While brands continue to shell out millions on traditional, linear advertising, SoFi, a financial startup that provides student and personal loans, will pay only a fraction of that, and yet it’ll reach the same audience.

At just 8 years old, SoFi is making the same type of investment legacy brands like Mercedes-Benz and Levi’s make after a century of business: stamping its name on a sports stadium. 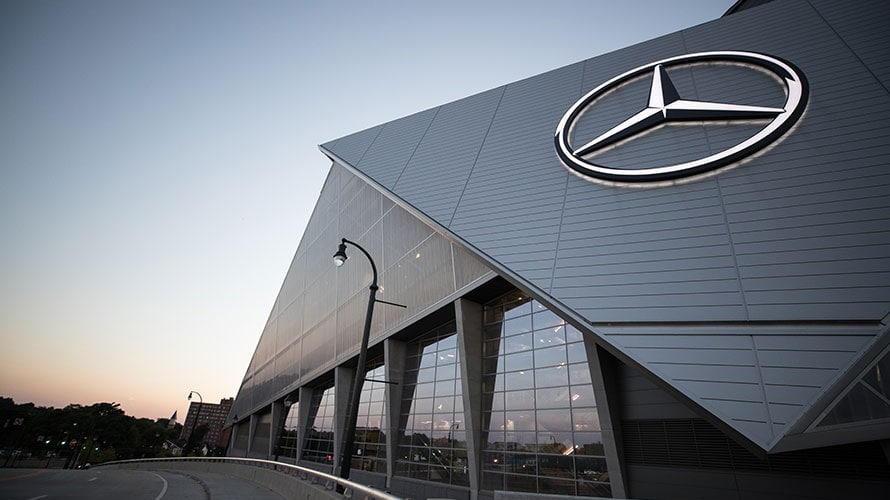 Mercedes-Benz bought the naming rights to the Atlanta Falcons' stadium for a reported $324 million on a 27-year deal.
Mercedes-Benz

For a reported $400 million over 20 years, SoFi was awarded the naming rights to the Los Angeles stadium that will soon be home to the Rams and Chargers, two teams that relocated to L.A. within the past three years. The stadium is set to open in 2020. Even though the deal is expected to be the largest in NFL history, when compared to traditional advertising costs, naming rights are both more efficient and more effective.

According to sports marketing experts, there are only two reasons a brand would consider naming rights: They’re either already established and want to keep it that way or they want to make a splash.  SoFi hopes the move will make it a household name.

“It’s a creative way to get your legacy out where there is going to be buzz,” said Joe Favorito, a sports marketing professor at Columbia University. “You’re looking at the most advanced, high-tech stadium in the No. 2 market in the world.”

The partnership guarantees that SoFi will be associated with the 2022 Super Bowl, the 2023 College Football Playoff and the opening and closing ceremonies of the 2028 Olympics, all of which will take place at SoFi Stadium. It also doesn’t hurt that the stadium is only three and a half miles from LAX, guaranteeing SoFi free additional advertising from every flight in and out of the city.

The stadium, the most expensive ever built at $5 billion, was privately funded by Ram’s owner Stan Kroenke and his organization, including $1.6 billion of personal equity. The NFL also extended its standard loan of $200 million per team.

The stadium is part of a new 298-acre entertainment complex, more than three times the size of Disneyland, formally called the L.A. Stadium and Entertainment District at Hollywood Park, which includes a casino, a hotel and a performance venue. Taylor Swift is set to be the first artist to perform at the stadium.

It was an easy decision for SoFi CEO Anthony Noto, who played linebacker at West Point and previously served as the CFO of the NFL from 2008 to 2010. Noto also was Twitter’s CFO and helped broker a broadcasting deal in 2016 between the social media platform and the NFL, which led to Twitter streaming 10 Thursday night NFL games. (The league jumped to Amazon the next season.)

“We’re going to be associated instantly with by far the largest aggregator of audiences in one event—the NFL,” Noto told Adweek. “We’ll instantly have the credibility of being partners with the largest media sports brand in the U.S.”

Noto also pointed to the importance of brand trust, especially in the finance industry. “It takes years and years for financial institutions to build the trust and awareness that the top 10 banks in the country have,” he said. “People need to believe that we will be around for centuries, not years.”

With the deal, SoFi has bought top-of-mind brand awareness, at least among the 15 million fans who tune in on average to NFL games every Sunday.

“Twenty years ago, you’d buy TV ads on Thursday night during Desperate Housewives. … Those days are gone,” Noto said. “Live sports and live entertainment are really the only places you can reach really large, unduplicated audiences consistently. We’re basically trading out the money we’d spend across all the platforms into one sponsorship.”

"People need to believe that we will be around for centuries, not years."
Anthony Noto, CEO, SoFi
@RyanBarwick ryan.barwick@adweek.com Ryan is a brand reporter covering travel, mobility and sports marketing.