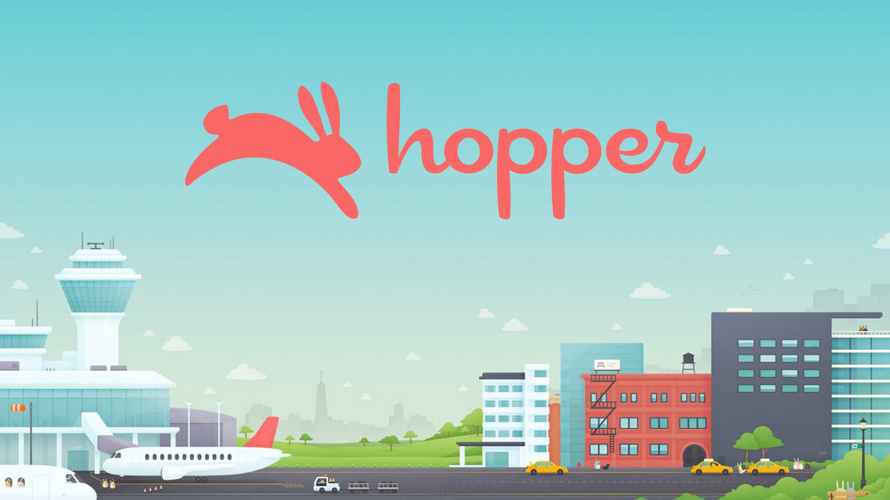 This is the third year that Hopper has promoted the Tuesday after Thanksgiving as Travel Deal Tuesday. - Credit by Hopper

The rule of thumb for budget-conscious travelers looking for a deal is to book their flights on a Tuesday. But is that still good advice?

The roots of this rule can be traced to a more analog era, when airlines would refresh their ticket prices on Tuesdays. Now, the price of a ticket can change by the hour due to an endless array of algorithms and equations used by travel agencies and airlines.

But Hopper, a travel app that uses artificial intelligence to track flight fares and alert users to discounts, thinks there’s still a kernel of truth buried in the advice—specifically, on the Tuesday after Black Friday. This year marked the travel app’s third annual Travel Deal Tuesday, with the travel site claiming it sent users 50% more deals than any other Tuesday of the year.

Airline experts, however, say that while airlines might run deals on that day, price monitoring is more complicated.

“[Some companies] use data the way a drunk person uses a lampost: for support, not illumination,” said Scott Keyes, founder of the newsletter Scott’s Cheap Flights Keyes. “You can retrospectively look back and say this one day was the cheapest, but that doesn’t hold any predictive power for what’s going to happen next year.”

Travel Deal Tuesday came from Hopper’s data team, which was putting together a campaign for Black Friday back in 2015 when it noticed that the best deals were being offered on the Tuesday after Thanksgiving—not Black Friday or Cyber Monday.

The reason? Consumers are already in a spending mindset, this year to the tune of almost $7.4 billion online alone.

“Throughout the long weekend, consumers are spending and airlines are aware of this,” said Haley Berg, an economist on Hopper’s data team. “It’s a really low-demand period because most people have already booked their trips for the holidays,” and aren’t yet thinking about future travel.

So airlines started stepping in with deals to put them top of mind, Berg explained. “We’re looking for a price that beats every other price in the market, 90% of the time,” she said. “We saw a massive spike in bookings on Travel Deal Tuesday compared to the rest of the weekend.”

On this year’s Travel Deal Tuesday, Hopper said it sent about 2 million Buy Now notifications urging consumers to purchase a flight, which is between 30% and 50% more than any other week. Hopper couldn’t share how many notifications converted into bookings, but that its Buy Now notifications drive 90% of bookings. (Hopper gets a cut of all fares booked in the app, though it declined to specify how much.)

But just because airlines and hotels offer promotions over the long Thanksgiving weekend, plus Cyber Monday and Tuesday, doesn’t necessarily make these days the best time to buy.

“I’m a little skeptical that it would work for airlines the same way it does for retail, where there’s a make-or-break season during the holidays,” said transportation analyst Scott Kaplan. “Airlines have gotten good enough at selling directly [to consumers].”

Despite Hopper’s deals data, its competitors haven’t seen a noticeable change in bookings.

“Black Friday seems to be a time when [everyone] things they’re going to get a deal on everything,” said Melanie Tabet, director of communication at FlightHub, an online travel agency that operates in the U.S. as JustFly. “Consumers seem to be less responsive to the concept of Travel Tuesday.”

While Hopper might help travelers score a cheaper flight, there’s no way to guarantee that price couldn’t continue to drop, or that it’s the cheapest.

Beyond supply and demand—more people wanting to travel over the holidays, for example, leading to pricier tickets—there are hundreds of variables taken into consideration when airlines decide the cost of their flights: the price of jet fuel, competition on a route, capacity, class, timing and the geopolitical situation of an inbound destination can all make a difference.

Often an algorithm, nudged with a little human input, decides the final price, according to Keyes, which monitors fare prices and sends the best deals to a list of more than 1.5 million subscribers.

“Nobody should hold off on booking a flight in the hopes that a deal is going to pop up on Travel Tuesday,” Keyes advises. “The cheapest fares we see are offered quietly; it’s unadvertised. Those are the cheapest by far.”

Online travel agency CheapOair held a similar shopping holiday to Travel Deals Tuesday for the second year in a row, dubbing Aug. 23 National Cheap Flight Day. Using similar language to Hopper, CheapOair said that according to its internal data, “airfare will be at its lowest for a four-week period beginning the third week of August and lasting through mid-September.”

That claim, according to Keyes, “is fundamentally flawed. Cheap flights can pop up anytime.”

While CheapOair declined to provide numbers about the campaign’s effect on bookings, a spokesperson told Adweek that the campaign was done “in the spirit of sharing with consumers this data point that said Aug. 23 was indeed the best day to book.”

“Could [the date] change? Yes. Will my data support it next year? I believe it will, but I do not know for a fact,” the CheapOair spokesperson said.

It’s also worth noting that the business model of Keyes’ newsletter is predicated on sales and price drops being random.

“There is no single day of the year that every single route, every departure, every itinerary is going to be on sale,” said Berg of Hopper. “You can get a good deal any time of the year. These [sale] days are so travelers are informed and have the right information to take advantage of prices. The average traveler can’t be an expert on prices. … That doesn’t mean it’s the only day to get a deal.”