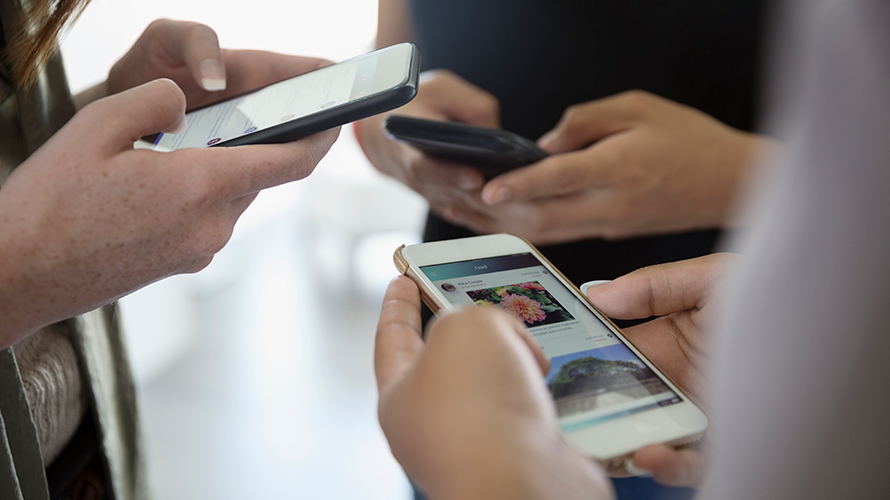 In recent years, more people use smartphones than televisions. - Credit by Getty Images

Why should brands care about mobile advertising?

The eyeballs are already there on mobile—specifically mobile video. eMarketer projects that one in four members of the global population will use a mobile device to watch video monthly, which represents an 11.9 percent increase from last year. In their “Unreachables” study, Hearts and Science points out that, according to Nielsen, smartphone use overtook TV use among millennials in 2016. Despite this migration to mobile, according to H&S’s own numbers, 47 percent of millennials and Gen X viewers are still not captured by measurement platforms.

Global trends point toward a continued increase in mobile spend. One notable example is China, where, incidentally, GM sells more cars than in the U.S. Digital video spend in China is already projected by eMarketer to make up more than half of TV spend this year and to exceed it by 2021. Digital ad spend slants heavily toward mobile there—approximately 80/20 in favor of mobile over the next few years and increasing, which should make it a key concern for U.S.-based global brands.

However, there are new changes afoot in 2018 that promise to breathe new life into brand advertising in mobile.

Why will brand advertising in mobile increase in 2018?

First and foremost is the advent of third-party measurement. The in-app advertising space (as opposed to mobile web) continues to dominate mobile ad spend yet has been unmeasurable by the companies that brands have historically used to ensure brand safety and a lack of fraud. After initially starting down the unfeasible path of requiring apps to integrate measurement code from multiple vendors, the industry is now coalescing around a much more scalable approach—the adoption of a single codebase that will enable measurement by all companies that choose to support it.

This Open Measurement software development kit, or SDK, a standard integration package on the app side, has already garnered support from the digital measurement mainstays, such as DoubleVerify, IAS and Moat, as well as their stalwart counterparts on the traditional advertising side, such as Comscore and Nielsen. Support will not materialize overnight due to the slow-to-update nature of the app ecosystem, but we can expect to see the first supporters in-market in Q2 of this year with (hopefully!) the rest of the industry not far behind.

Second, although the app-download portion of ad spend is still large enough to support numerous companies, there are signs of a slowdown as users become less enamored with seeking out and installing new apps on a regular basis. A report by Adobe last year showed a 38 percent decrease in app install growth from December 2014 to December 2016. This means mobile inventory providers are motivated to make whatever changes are necessary in order to attract and satisfy brand advertisers.

Smartphone use overtook TV use among millennials in 2016.
Third, a new generation of direct-to-consumer brands is blurring the lines between brand and performance advertising. Internet-based service companies like Airbnb, Lyft and even Facebook live and die on the install and retention rates of their apps and are experimenting with more brand advertising as part of the media mix required to drive installs.

This is not to say the battle for making mobile a friendly environment for brand advertisers has already been won. A number of challenges remain, apart from the widespread adoption of brand-friendly measurement capabilities.

The ecosystem continues to be too siloed and complicated for most brands and even agencies to navigate with confidence. Mobile-specific possibilities, including formats that drive additional viewer engagement and leverage location and other interesting mobile data points, are available only as proprietary solutions from individual media entities rather than available at scale across the entire industry. Brands and creative agencies that treat mobile as something other than an offshoot of their television campaigns are still making headlines.

So, what should agencies and advertisers be doing to prepare for a world in which much, if not most, of their audience reach and engagement relies on delivering to mobile? Advertisers and agencies need to push all their digital ad-tech partners toward standardized measurement, data and creative across the whole mobile ecosystem.

Mobile inventory is a long way from supporting the same level of standardization as desktop inventory; being able to run the same creative everywhere, leverage the same data and receive the same measurement on mobile inventory will be a necessary step to increase the efficiency and effectiveness of digital advertising overall.

@mtumi Michael Tuminello is vp of solutions and partnerships at Innovid.