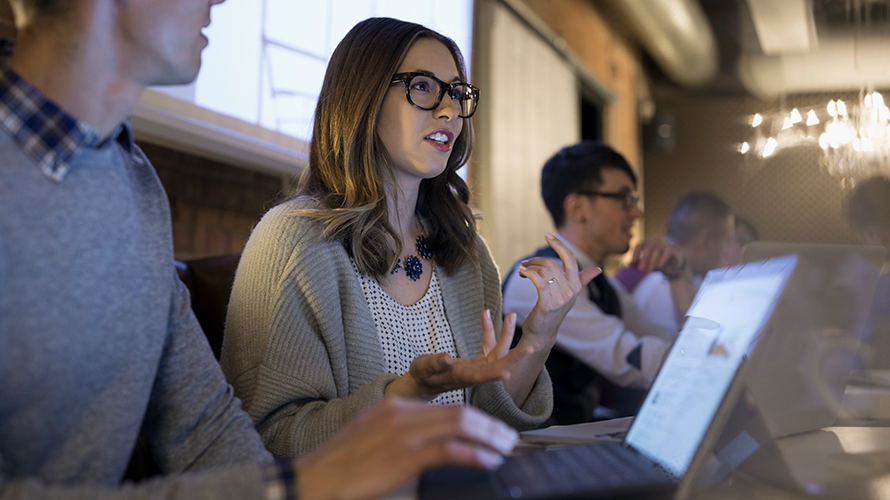 Consumers aren't machines, and they need a label that represents them better than "user." Getty Images

Our industry is addicted to jargon. APIs, programmatic, DMPs, DSPs, PMPs, backfill—all of this technical language is fine when we’re talking about machines, but it overlooks the most important part of the ad tech equation: people. Although we talk the talk about ad personalization and people-based marketing, widely adopted industry terms like “users” feel anything but personal.

For too long, we’ve been treating people the way we treat machines. As an industry, we adopted the word “user” to describe consumers. Yet the term is dehumanizing and not the most flattering of visuals to paint when describing the all-important consumer. “User” originated from the product development side of technology as a catchall and is, accordingly, nondescript and nonhuman. But our persistent use of the word and other jargon is symptomatic of a larger problem: too often, marketing is lazy. It’s perhaps not surprising that customers only placed 18 percent of companies in the excellent or good categories for consumer-centricity, while 76 percent of companies in the same study placed themselves in the top two categories.

Lazy marketing has also contributed to people’s distaste for ads. Ad blockers are taking off, growing to over 600 million devices globally, representing approximately 100 million Americans. And those who can afford it are going entirely ad-free. Sixty-four percent of U.S. homes now have services like Netflix, Hulu or Amazon Prime Video, an increase from 47 percent in 2014. Google is also testing subscription services—the Google Contributor pass allows consumers to surf many websites ad-free. Our industry is at an inflection point, and for advertising to be relevant and effective, we must lose the “user” mentality and treat people with respect. Part of this means calling people what they are: consumers, customers, audiences, people.

Our industry is at an inflection point, and for advertising to be relevant and effective, we must lose the “user” mentality and treat people with respect.

The good news is that the industry is already making some headway. Square’s CEO Jack Dorsey asked his company to drop the term “user,” as did Mark Zuckerberg at Facebook. Employees at Microsoft are also publicly calling for the word “users” to be eliminated from the company’s vocabulary.

Another term to get a makeover is “gamer.” In an April 2018 Mobile Marketing Association webinar, presenting companies and the association replaced the term with Mocas, representing people who casually play mobile games.

Speaking about this group respectfully and in a non-derogatory way is not only polite, it’s also good for business. Many brands avoid advertising in games because of the negative connotations associated with gamers. By rebranding the space as Moca, the MMA is helping its members gain access to a broad and diverse audience in a brand-safe environment as part of its mobile games working group.

With a new term, brand advertisers may be able to get past their antiquated perception of mobile games and discover an environment where consumers report feeling happier, more relaxed, focused and less stressed compared to social platforms. In a nutshell, consumers may be more brand receptive in-game compared to in other apps, and a name change might lead brands to test the waters in a new space.

While eliminating words like “users” and “gamers” won’t be a magic elixir that cures all the ills of digital advertising, it’s a step in the right direction. Your audience is human. Consumers want relevant content and engaging brand experiences. Marketers must use technology wisely and thoughtfully (i.e., not creepily), and we must be equally mindful of our language. A genuine consumer-first approach to digital advertising in 2018 starts with adopting a new lexicon that respects the consumer. This will help restore the special brand/consumer bond and improve the industry for all parties.