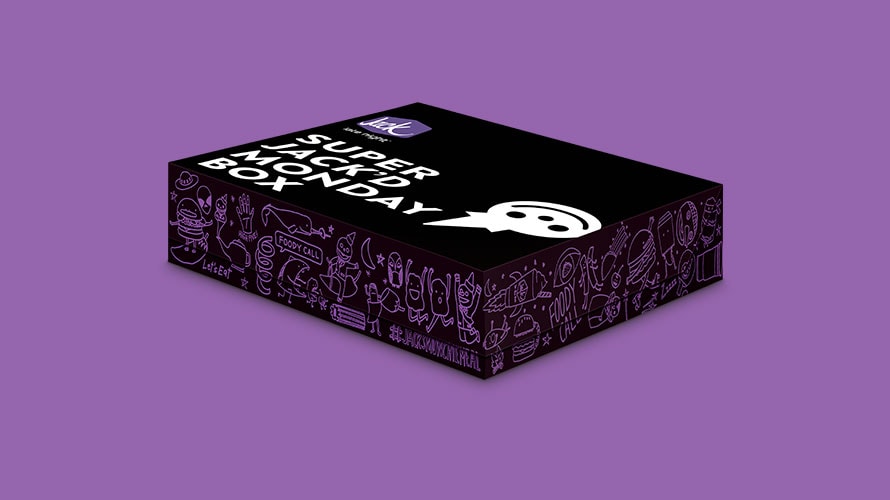 Jack in the Box is here to be your savior on Super Bowl Monday when you’re hungover and phone in a sick day (and many of you will do that). The brand found that 13.9 million employees called in sick after the Super Bowl last year (Fly Eagles, Fly!), which led to an estimated $3 billion in financial loss for companies the Monday after the game.

With that in mind the brand decided to create special Super Jack’d Monday boxes for sale for one day only. For just $6, football fans can score two signature Jack in the Box tacos, 10 chicken nuggets, one egg roll, a small order of seasoned curly fries and a small drink. The boxes will be available exclusively through DoorDash (and the first 100 are free with the code SUPERJACKD).

In the past, Jack in the Box has taken the traditional Super Bowl ad route, buying ads in the Big Game. Last year the brand had its signature mascot Jack Box partner up with Martha Stewart for a regional ad campaign. This year, the brand wanted to stand out in the quick service restaurant (QSR) space, so it did something different.

“Knowing that the QSR space is always highly focused on Super Bowl ads, it’s a really big moment of the year for our category, we knew that we wanted to address the audience differently this year,” explained Adrienne Horlick Ingoldt, vp, marketing communications for Jack in the Box, said. “We are taking a different approach, a social-first approach, to celebrate and help our fans through the day after Super Bowl. It’s what we are calling Super Jack’d Monday.”

Another big learning for Jack in Box from last year was that when those one in 10 Americans call out sick on Super Bowl Monday, people have, “a higher propensity to consumer digital and social media, particularly in the areas of gaming and binge watching,” added Ingoldt.

To promote the partnership with DoorDash, Jack in the Box is creating a big social and digital-driven campaign in partnership with eight key influencers (both micro and macro influencers). Short videos (that will go out on social channels) tell fans to, “celebrate hard” and, “recover harder” by ordering a Super Jack’d Box.

Added Ingoldt: “We are the brand that has been a disruptor and challenger. This is just another example that Jack’s witty, daring and unconventional nature separates Jack from other brands in the QSR market.”