Jack Rogers, the Sandal Jacqueline Kennedy Made Famous, Is Stepping Things Up

An ambitious relaunch for a preppy Palm Beach brand 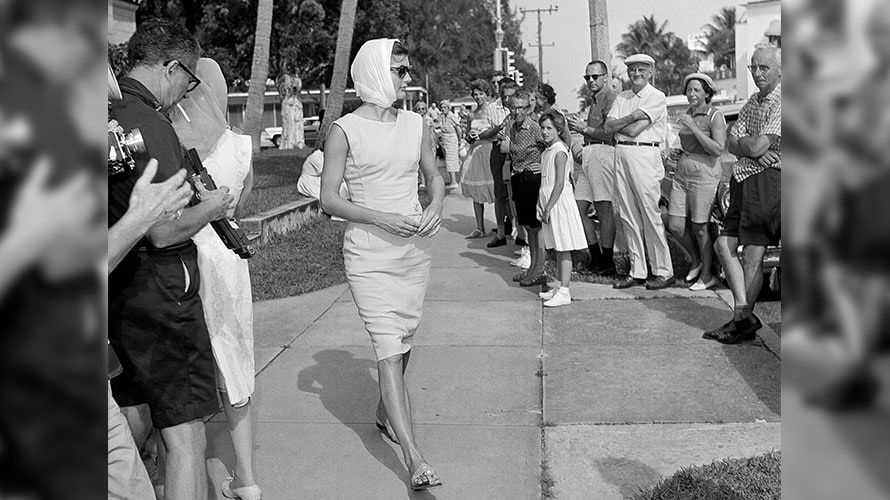 Growing up in Hawaii, Lydia Park Luis saw many a brand of sandals and open-toed shoes. But she’s still surprised over the one she didn’t see: Jack Rogers, the tony sandals with the signature whip stitch and rondelle accent. Every Palm Beach doyenne, every Princeton girl, has a pair of Jacks in her closet—but Park Luis had to come to the mainland before seeing a pair herself.

“I was thinking, ‘Why did I not know of this brand?’” Park Luis said.

The reason was simple enough. Despite being a fashion tradition for nearly 60 years, Jack Rogers sandals were a decidedly eastern-establishment tradition. Fortunately for Park Luis, her rapid rise through the fashion world (as international sales director at Coach, evp at Tory Burch and chief commercial officer at Rag & Bone) meant that Jack Rogers footwear was within her reach. 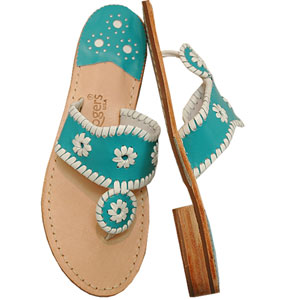 Now, they’re also within her influence. Park Luis became Jack Rogers’ CEO last April. She’s currently preparing an ambitious relaunch of the brand that never quite made it to Hawaii, but should have. Jack Rogers is “well entrenched in the East Coast,” Park Luis said, but “there’s so much  opportunity to grow this brand all the way west—and internationally. It has an amazing product, [but] it’s been sitting on the shelf. Not a lot of excitement to bring it forward.”

Park Luis’ efforts to introduce a bit of excitement began emerging a couple of weeks ago with the debut of a new website, brand logo and packaging accents. Designers have created a range of colorful motifs and patterns that will appear both in orders (the tissue inside the shoe boxes) and on adhesive stickers that fans can put on their laptops, school notebooks or any other surface. 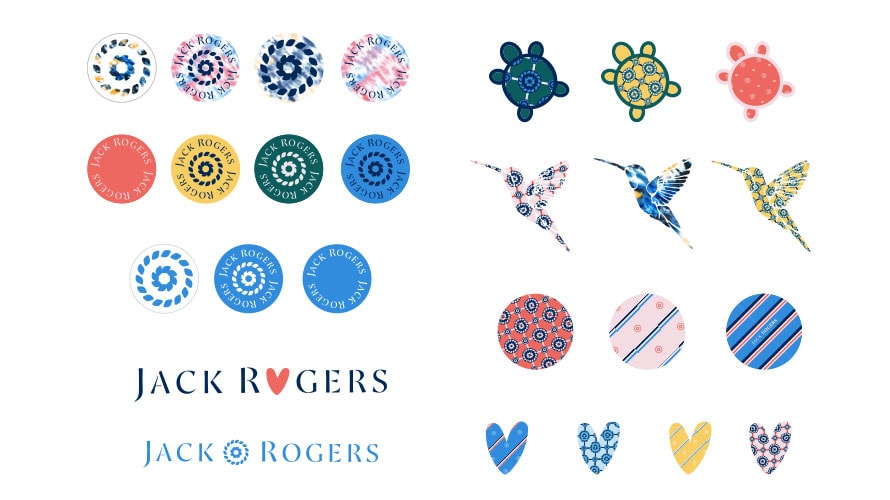 The previous Jack Rogers logo was recognizable for its hand-signed look—a simple cursive that sometimes sat inside an oval. By contrast, the new badge is bolder and more evocative of the brand’s polish and heritage, starting with fonts reminiscent of the lettering on prep school crests. Many of the individual letters feature arms and stems that don’t meet up, a stylistic nod to the gaps left by whip stitching. It’s a signature element of the sandals—and one made famous by the first lady of postwar fashion.

The original logo (top) and the new version

In 1960, when women were clomping around in vinyl flats and square-heeled Mary Janes, Jacqueline Kennedy returned from Capri with a pair of flat leather “Navajo” sandals. The colorful shoes stood out for their thick, loop-over stitching and oversized rondelles on top. They instantly completed the kind of casual summer elegance—sandals, shift dress, headscarf—that was a Kennedy trademark. When the first lady slipped into those sandals and strode into Good Friday mass at St. Edward’s Church in Palm Beach, she wrote another page of fashion history.

If Mrs. Kennedy had erred at all, though, it was perhaps in failing to buy enough shoes to last her through the social season. As the oft-told story goes, she bought her sandals to a cobbler in Palm Beach and asked him to knock off a few more pairs. He did, and the Jack Rogers brand was born. 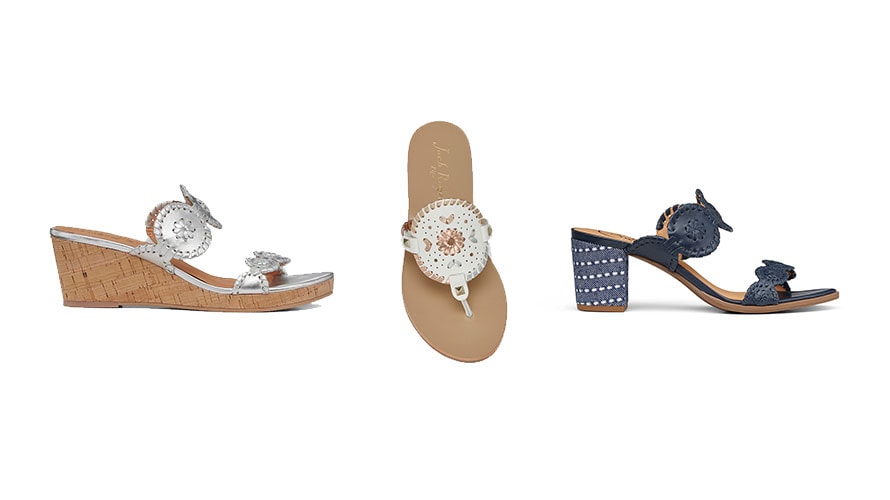 But Park Luis is determined that the expanding Jack Rogers brand doesn’t end with sandals. The coming spring collection will see espadrilles added in what she calls “dressy heel heights.” She’ll also add jellies and flip-flops. “We’re not just a sandal company,” she says.

And while Jack Rogers fans have long been able to customize their Jacks, Park Luis brought that element to the forefront. The redesigned website has a “Made to Order” button that ushers shoppers through an simple, step-by-step process by which they can monogram their shoes—or even build a pair completely from scratch. The feature, Park Luis hopes, will not just encourage shoppers to customize their Jacks, but lead to more special-occasion orders that will see pairs or groups of people wearing matching ones: sorority sisters, mothers and daughters, bridal parties and so on.