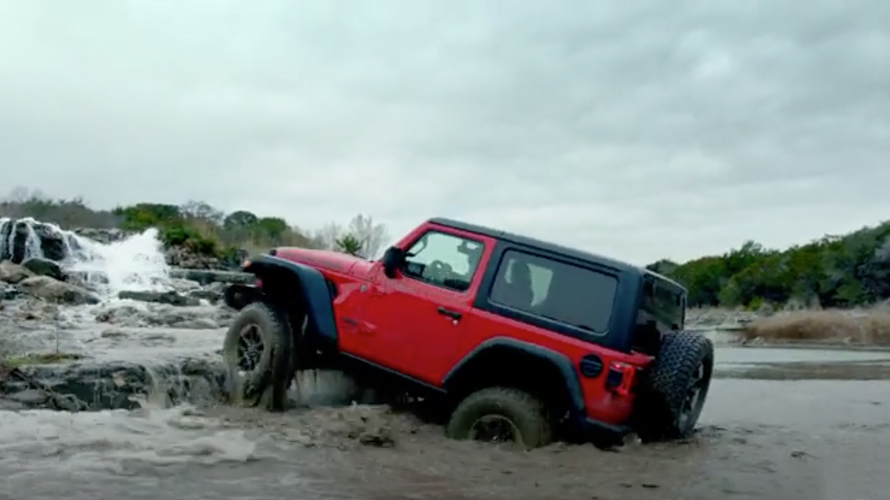 Jeep will not reveal any details prior to the game. Jeep

But, unlike many of its peers, Jeep is bucking the years-long trend of early releases by not revealing any details prior to the game, including when the spot will air.

“Viewers will have to watch closely to see the commercial,” the brand said in a statement.

Entertainment Weekly reported Jeep may recreate a scene from the 1993’s Groundhog Day with Bill Murray, but a Jeep spokesperson said the brand “won’t comment on any speculation.”

This follows a series of hits and misses for Jeep in recent Super Bowls. FCA, whose automotive brands also include Alfa Romeo, Dodge and Ram, opted for a tangential play last year with seven online videos, including a spot for Ram featuring actor Jeremy Renner and an ad for Jeep with the band One Direction.

One of the brand’s most effective Big Game ads arguably came in 2016 when it aired a 60-second spot, “Portraits,” which stitched together images of people from around the world who helped shape the brand as it celebrated its 75th anniversary.

Cameos included actor Steve McQueen who owned a custom-built Jeep, actress Marilyn Monroe who traveled by Jeep as she entertained U.S. troops stationed in Korea, musician B.B. King with a cover of the Duke Ellington song “Jeep’s Blues” and golfer Bobby Jones who reported for active duty during World War II in a Jeep.

Adweek’s favorite Super Bowl ad of 2016 “[gave] viewers something thoughtful and beautiful—with inspiring craft—[and made] a lasting impression at the circus of advertising’s biggest night.” It also went on to win a Super Clio, which awards the best ad from the Super Bowl.

In 2018, FCA had five in-game spots, including three for Jeep: “Jeep Jurassic” where actor Jeff Goldblum relived the chase scene from the 1993 movie Jurassic Park with a 2018 Jeep Wrangler, “Anti-Manifesto” which poked fun of car ads with inspirational imagery and empty promises and “The Road” that showcased the 2019 Jeep Cherokee on the proverbial road less traveled.

FCA’s two other ads that year were for Ram. The first, “Icelandic Vikings,” was a tribute to the Minnesota Vikings, which came close to a home-field Super Bowl appearance that year. The second, “Built to Serve,” was more controversial as it commemorated a speech Dr. Martin Luther King Jr. delivered exactly 50 years ago to the day. The brand received backlash for it. The King Center, established in 1968 by Coretta Scott King as a memorial to Dr. King, said it did not approve “the use of MLK’s words or imagery for use in merchandise, entertainment … or advertisement.” Many Twitter users agreed the ad was disrespectful.

Three years prior, Jeep’s 2015 Super Bowl spot “Beautiful Lands” showcased the U.S. landscape to promote the Jeep Renegade. It was also criticized for ripping off an ad from outdoor gear brand The North Face.