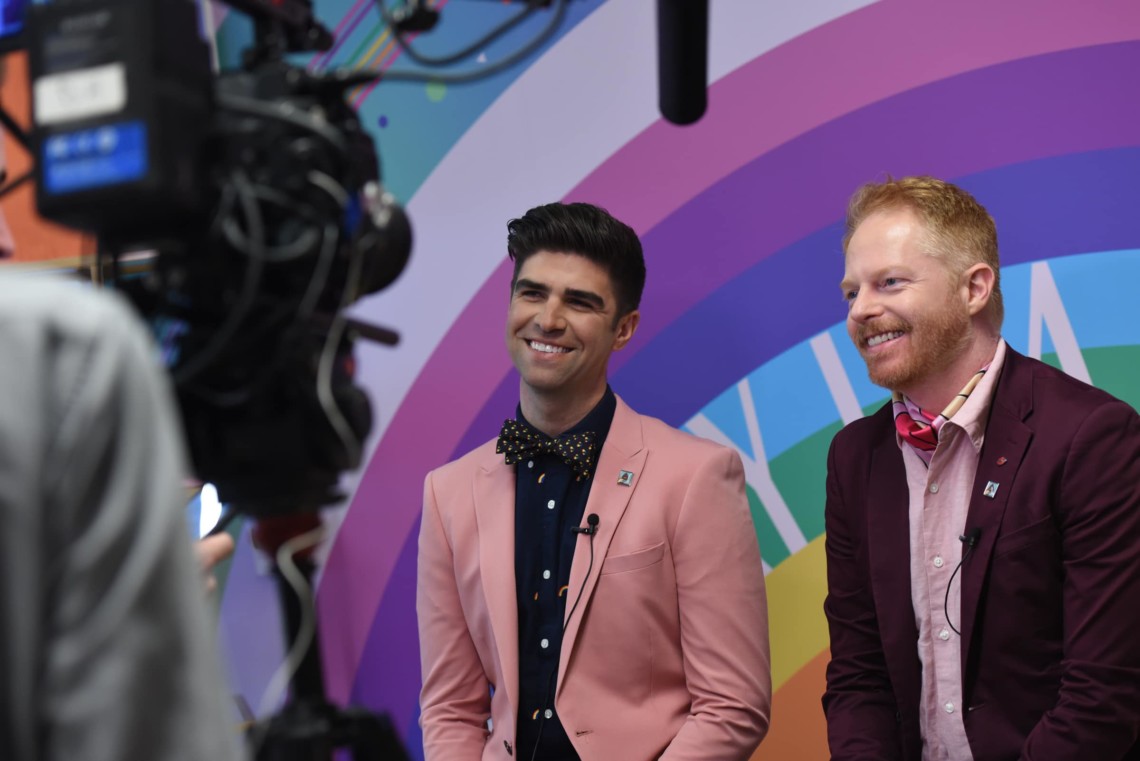 Jesse Tyler Ferguson and his husband Justin Mikita are raising funds for the ACLU LGBT Project via the "Give A Shit For Good" campaign.

After making a cameo appearance in Taylor Swift’s new music video, Jesse Tyler Ferguson is using his influence to raise money for LGBTQ+ rights by asking people to “give a shit for good.”

Via his company, Tie The Knot, which donates proceeds from its neckwear and other products to organizations fighting for LGBTQ+ equality worldwide, the Modern Family star is asking people who “give a shit” about the cause to pledge in the form of poop emojis, each of which represents $1 donation.

Those who visit the campaign’s dedicated website (or search for the campaign on Facebook Messenger) can choose how many shits they want to give before making a final payment. All proceeds go to the ACLU LGBT Project.

With help from The Martin Agency, Ferguson has created a campaign video and assets to promote the initiative. According to the agency, the campaign, which will run “in front of conservative-leaning and democrat-leaning outlets,” marks Tie The Knot’s first media-buy program.

The effort was created in response to the current administration’s various attacks on the LGBTQ+ community, like President Trump’s ban on transgender people serving in the military and the U.S. Department of Education’s decision to no longer investigate civil rights complaints from transgender students banned from using bathrooms that align with their gender identities.

“The LGBTQ+ community is constantly under attack by this administration,” said Ferguson in a statement. “Each of us has a responsibility to advocate for our fellow Americans. I hope this light-hearted campaign allows you to do just that with the potential to make a big impact.”

This isn’t the first time that The Martin Agency and Tie The Knot have teamed up. In 2015, the two helped LGBTQ+ couples send wedding invitations to Supreme Court justices ahead of their landmark decision on marriage equality.

“LGBTQ+ rights are human rights. We were thrilled to cast a wider net with the same level of intention and heart of our first campaign together,” said The Martin Agency’s creative director Jonathan Richman in a statement. “We just wanted to make it easy for people to show they care—and maybe even get a tad competitive with that caring.”