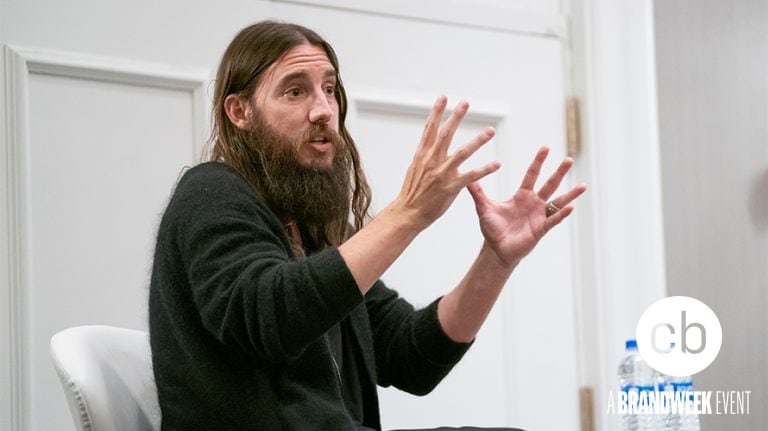 Developing brand loyalty is important—and perhaps nowhere more so than within a company itself.

During last week’s Brandweek: Challenger Brands event in New York, leaders from career advancement platform Jopwell and pizza chain &pizza spoke about the power of building up a workforce that’s passionate about your brand. Michael Lastoria, co-founder, CEO and creative director of &pizza, is something of an expert on the subject: 20 percent of &pizza’s employees love the brand so much, they have a tattoo of its logo.

“They feel like they’re part of a movement, and that’s extraordinarily powerful,” explained Lastoria.

Lastoria said these values include a positive, fair working environment, and he’s worked to build this sort of mindset not only at &pizza, but in businesses across the country. He’s teamed up with Senators Bernie Sanders and Chuck Schumer and now-Speaker of the House Nancy Pelosi to push for a higher federal minimum wage, and tries to fight for any “social issue that impact the employees of the company.”

Porter Braswell—co-founder and CEO of Jopwell, a hiring firm that helps connect Black, Native American and Latinx people with employers—said a key for for a growing business is creating an atmosphere where employees feel like their company cares about the issues they care about themselves. “As a manager, if you want to retain talent, you have to figure out the settings in which your individuals can thrive,” he said.

A diverse employee makeup is one of those settings. And beyond the obvious benefits, it’s proven that a company which prioritizes diversity within its workforce is more likely to financially outperform a competitor that doesn’t, said Braswell. But it can’t just be a two- or three-year plan filled with buzzwords; it has to be a real commitment on the company’s part to making diversity a major part of its formula.

“Individuals in the organization need to be prepared to be the best diversity champions they can be,” he said. “It’s not a one-year or two-year goal. It’s something that’s going to be around for the rest of the history of that company. Take a longterm approach and ensure that your culture can move forward.”

This attitude isn’t just essential to retaining employees and cultivating a positive work culture, but also in differentiating a business to consumers. Lastoria said it’s become something of a competitive advantage for &pizza, particularly in the markets they operate, including Washington, D.C., New York, Miami and Boston.

“We operate in some of the toughest markets in the world. These are not easy markets to succeed in,” said Lastoria. “You have to really find an edge. We’ve created a brand that has a personality, so when people interact with it, [they] to want to support it.”

The same thing goes for getting the attention of those who want to invest in your business. He added: “Even in venture capital and private equity, there’s been a shift towards seeing the value in the longterm investment in brands that have founders that have a direction and are generally more purpose oriented.”