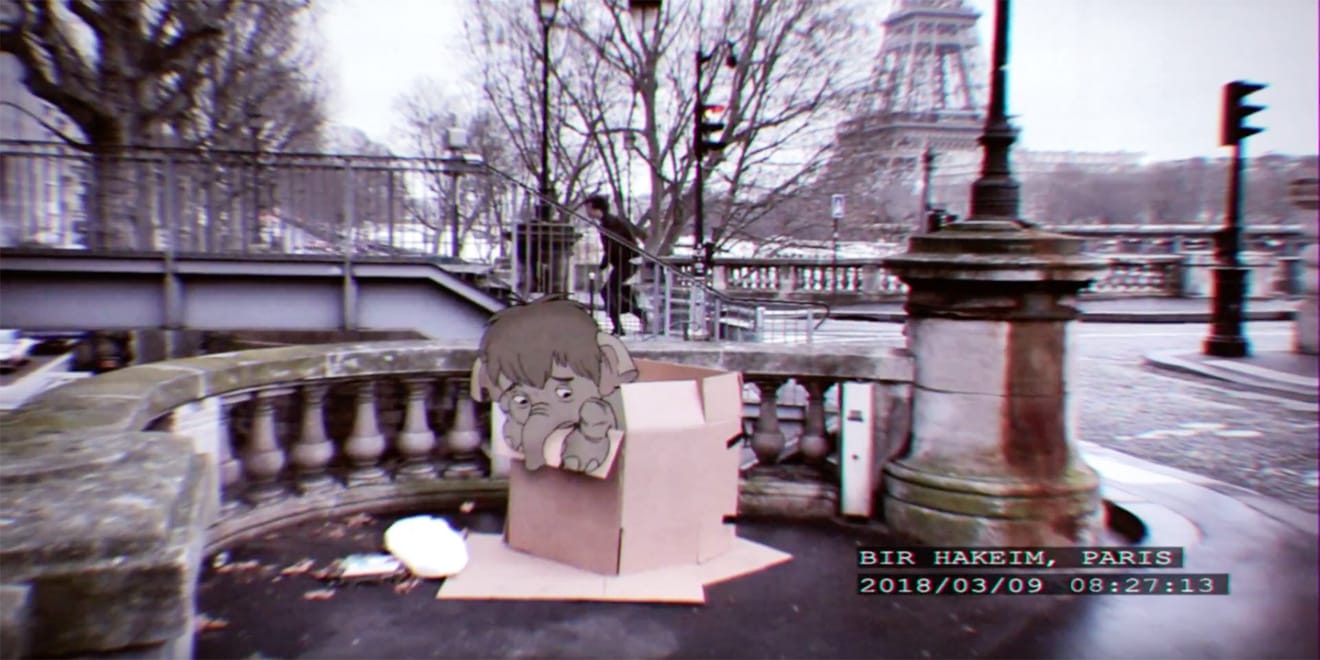 Hathi Jr., Baloo and more are left on the streets in this video about the destruction of wildlife habitats. - Credit by Sumatran Orangutan Society

The characters from Disney’s 1967 adaptation of The Jungle Book have, for generations, served as icons of the wildlife found beyond the reach of civilization. But that reach has gotten longer with each passing year, and now an advocacy group is using the movie’s characters to show how habitats are rapidly diminishing.

In “Concrete Jungle,” a 75-second spot from the Sumatran Orangutan Society, we see Baloo, Shere Khan and other Jungle Book characters living on the streets of cities around the world, having become refugees from their destroyed homelands.

Created by London creative agency Don’t Panic, the spot also features a haunting cover of “Bare Necessities” by British artist Benedict Benjamin, who turns Baloo’s upbeat anthem of simple living into a melancholy meditation on what it takes to eke by.

“By taking beloved Jungle Book characters and dropping them into urban landscapes, we hope to make everyone look twice,” says Joe Wade, managing director of Don’t Panic. “King Louie, Baloo and the rest of the gang are timeless figures for both adults and children. No one wants to see them in distress. We hope this universal quality is able to engage a wider audience around the issue of deforestation.

The video is a key part of the Sumatran Orangutan Society’s goal to raise $1.1 million for its current reforestation efforts, through which the group buys up deforested land and then attempts to cultivate it back into being a wildlife habitat.

Somewhat ironically, King Louie the orangutan is the one Jungle Book character who really shouldn’t have been in the story, given that the book and movie are set in India, while orangutans are native to Indonesia and Malaysia. (For the 2016 live-action reboot, Louie was changed to be the last surviving member of the extinct Gigantopithecus species.)

But this time around, the video is aimed at raising attention for Sumatra, where orangutans do indeed live—but are suffering extreme losses amid decades of deforestation, especially for the production of palm oil.

“We have a golden opportunity to secure a vital area of land on the edge of the Leuser Ecosystem,” says Helen Buckland, director of the Sumatran Orangutan Society. “Once reclaimed and restored, it will provide a home for thousands of species, including the iconic orangutans, elephants and tigers we all recognize from the campaign film, forever.”