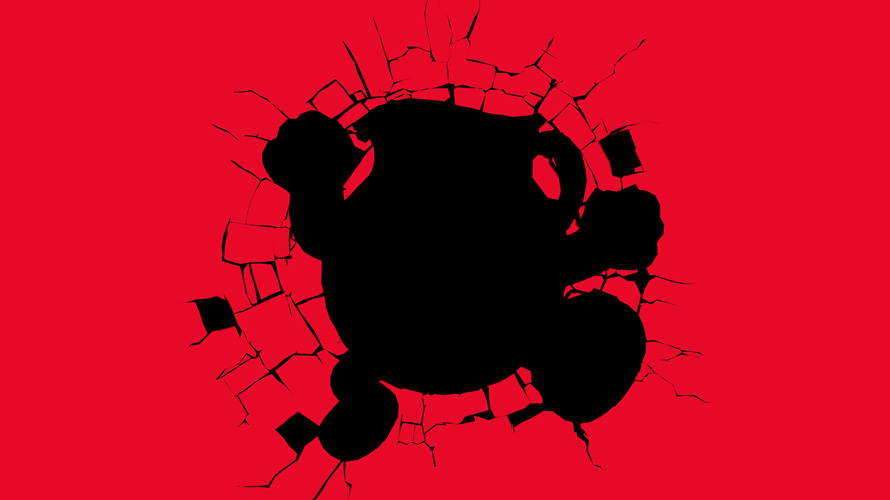 The anthropomorphic glass pitcher might have destroyed his last wall. Kool-Aid

A mere month after Mr. Peanut died, then rose again as Baby Nut, another potential disaster has struck the mascots of Kraft Heinz: The Kool-Aid Man has vanished.

It’s quite the feat, given his large stature and typically boisterous demeanor, but everything is quiet and all walls are structurally sound. Is he safe? Keeping cool? Hydrated? No one can say for sure.

His disappearance is tied to a campaign focused on a new mystery flavor. Kraft Heinz is encouraging concerned citizens to visit koolaidmystery.com and help locate the Kool-Aid Man, who’s ostensibly out traveling the world in search of that secret ingredient. “Find the Man to Find the Flavor!” the website proclaims.

????KOOL-AID MAN IS MISSING ????
Help us find the man to find out our new mystery flavor. Scan a package of our Mystery Jammers to guess where Kool-Aid Man is for a chance to win!

NO PURCHASE NECESSARY. Ends 4/3/20. To play and for Official Rules, visit https://t.co/E6nBegF9BL. pic.twitter.com/JQafxOTq7v

The campaign, which debuted earlier this morning, was created by VaynerMedia, the same agency behind Mr. Peanut’s demise and subsequent resurgence during this year’s Super Bowl.

Participants who join the search between now and April 3 will be eligible to win prizes, including a $10,000 vacation. Kool-Aid Mystery Jammers—ready-to-serve drink pouches that contain the unknown flavor—are on shelves nationwide for $1.99 per pack of 10 pouches. Kraft Heinz will reveal the secret flavor, along with Kool-Aid Man’s whereabouts, on April 6.

Last month, Kraft Heinz announced plans to reduce the number of creative and design agencies it works with by nearly half, from 36 to 19. The company also intends to raise its consumer-facing marketing budget by 30%, with a focus on its most popular brands.