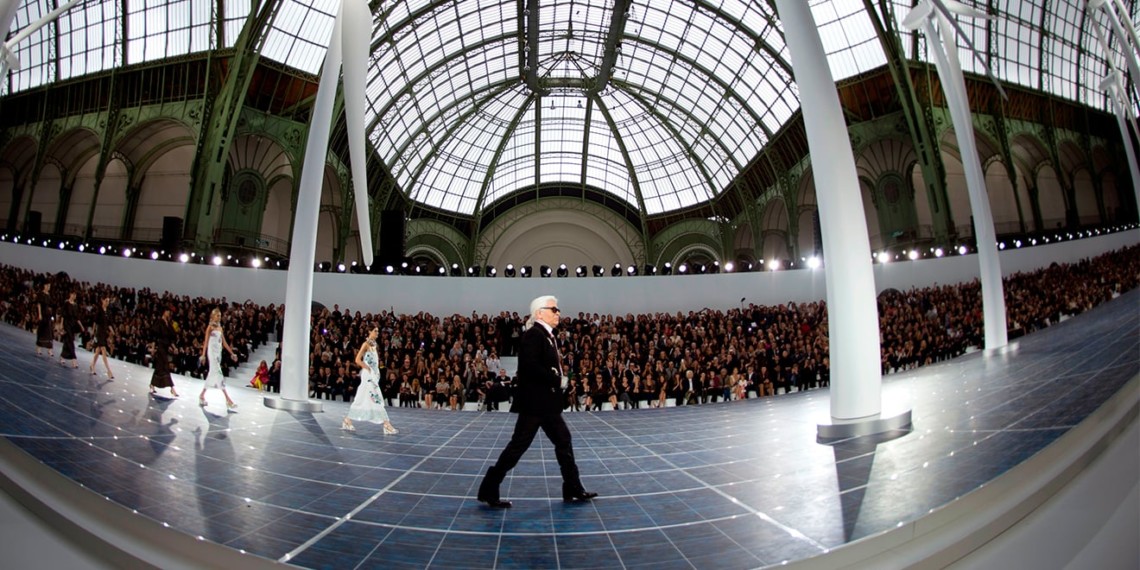 Thirty-six years is a long time in any job, let alone at the helm of a major fashion house—particularly one that doesn’t bear your name. But Karl Lagerfeld wasn’t your average designer.

But Lagerfeld’s impact extends much further than that. The late designer played an instrumental role in shaping the fashion industry at large today, proving that new designers can reinvigorate a heritage fashion house.

It’s his time at Chanel for which Lagerfeld is best remembered, as he breathed new life into the legendary brand. “He didn’t shape Chanel’s modern era. He was Chanel’s modern era,” Vanessa Friedman, chief fashion critic for The New York Times, told Adweek. “Everything we understand about Chanel really comes from Karl.”

Virginie Viard, most recently the director of Chanel’s fashion creation studio, will fill his shoes. It’s a symbolic choice, as Viard worked side by side with Lagerfeld for 30 years. Friedman said that going with her over, say, a bigger name like Hedi Slimane or Marc Jacobs (both of whom had been whispered as possible choices) is a “relatively safe choice” but also showcases an effort on Chanel’s part to keep Lagerfeld’s vision for the brand alive. (Lagerfeld’s replacement at Fendi has not yet been selected.)

But could Lagerfeld’s influence on Chanel ever truly be replaced? It’s hard to tell. Fashion writer Christina Binkley points to another designer—Alexander McQueen, who died in 2010—as possible foreshadowing for a post-Lagerfeld Chanel.

“The shows never had his level of intensity after [McQueen] was gone,” she said. “That that was really all him. But Sarah [Burton] has continued the brand very adequately. And fashion showgoers settled down and realized that they weren’t going to have that level of entertainment anymore, so I don’t think it’s hurt the brand.” 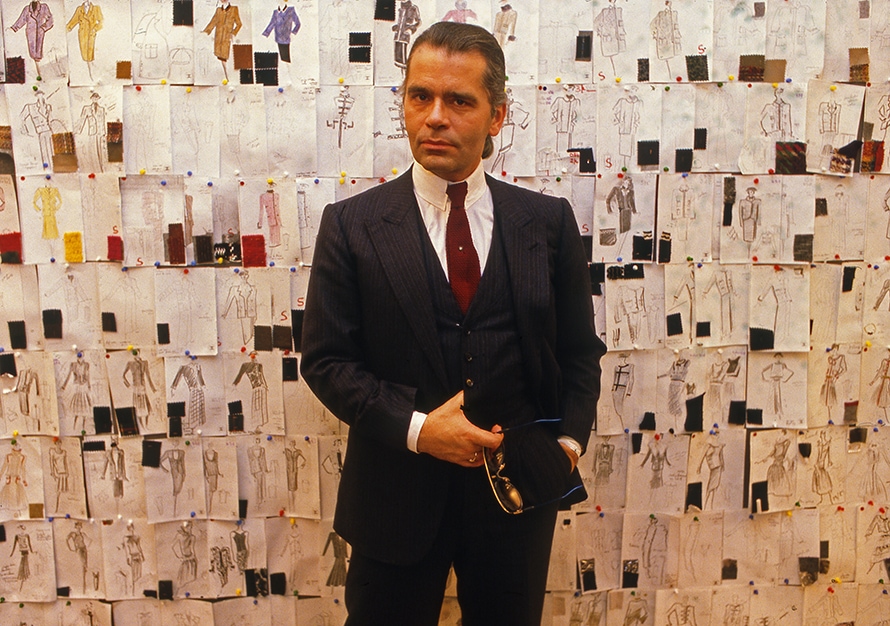 Karl Lagerfeld in 1984, the early years of his tenure at Chanel.
Getty Images

When Lagerfeld first took the reins at the storied fashion house in 1983, Chanel was in the midst of a major slump. Having experienced its high point in the ’20s and ’30s followed by a post-war resurgence (all at the hands of founder Gabrielle “Coco” Chanel, who died in 1971), by the ’80s, the public viewed the brand as tired—something out of a bygone era, primarily supported by perfume sales.

Today, Chanel is a powerhouse, and not just in name: The brand boasts $9.6 billion in annual sales, according to Bloomberg. And Chanel’s transformation from a stale and dowdy label past its prime to the pinnacle of fashion is all thanks to Lagerfeld.

Before Lagerfeld, designers did not become famous for, or synonymous with, brands that weren’t their own. Top-level designers were the faces and names of the labels they had founded themselves: Think Yves Saint Laurent, Ralph Lauren and, yes, Chanel. When those designers left the business, it often lost its luster, the magic that made it captivating to so many. Such was the case with Elsa Schiaparelli, Chanel’s rival between the first and second world wars; her namesake label ended up closing down in 1954 and wasn’t revived until very recently, in 2013. 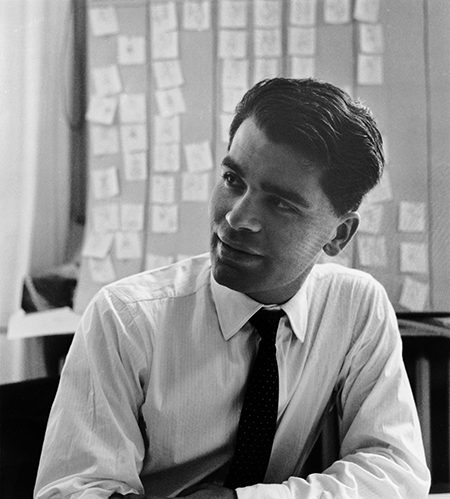 Karl Lagerfeld as a young designer in 1960.

Bucking what was then an industry standard, Lagerfeld’s best-known work doesn’t come from the brand that bears his name. (In fact, the Karl Lagerfeld label never really took off in a meaningful way.) Instead, he became famous for the work he did at another label, rising to be nearly as well-known as Chanel itself.

Several other fashion houses have tried to replicate that formula after losing their own founding designers.

“He came in to take over a brand that had been so dominated by its own founder,” said Milton Pedraza, CEO of Luxury Institute. “That created a whole era of now what we have now: designers taking over iconic brands, figuring out what the brand stewardship looks like and how creative are they going to get beyond the boundaries, essential elements and essence of each brand.”

Lagerfeld leaned on the best the brand had to offer, reviving designs and garments for which Chanel had been so well-known, even in its earliest days. But he put on his own unique twist to keep the designs fresh and exciting. In the statement announcing his death, Chanel commended Lagerfeld’s “reinvention” of “the brand’s codes created by Gabrielle Chanel: the Chanel jacket and suit, the little black dress, the precious tweeds, the two-tone shoes, the quilted handbags, the pearls and costume jewelry.” 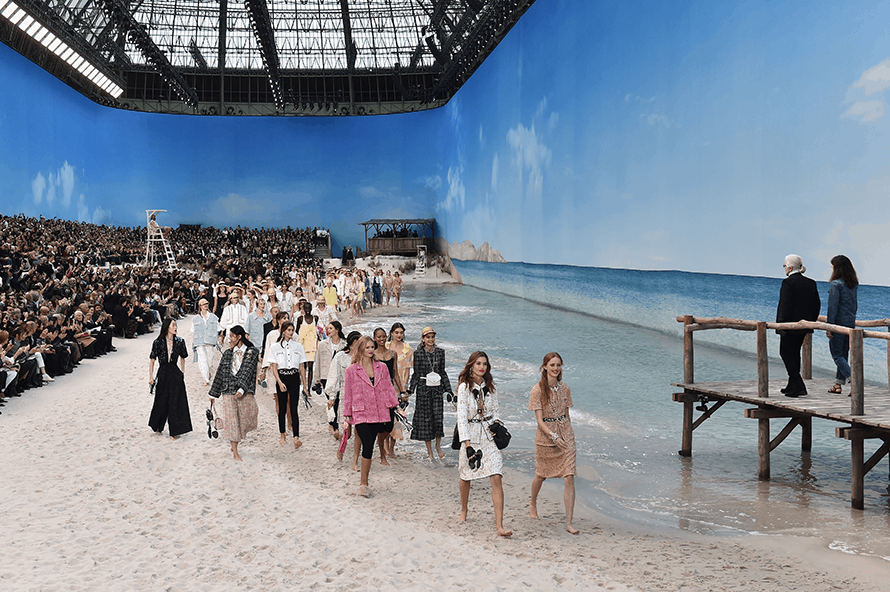 Lagerfeld and Viard watch the final walk at Paris Fashion Week in October 2018.

“He always respected the iconic elements of the brand, but then he would play with them,” said Pedraza. “That’s part of the genius. He was always respectful of the heritage of brands, and yet he could work around them, creating new ideas and new innovations.”

“[Coco] Chanel created a whole vernacular for her brand,” said Friedman. “That is incredibly helpful if you’re trying to reinvigorate the house. She had the camellia, she had the pearl, she had the bouclé, so she had all these symbols of Chanel that he could play with, and he really did play with them. Everyone could still recognize it as Chanel, but also see it as something else, more modern and more contemporary.”

Indeed, Lagerfeld saw himself as a steward of Coco Chanel’s brand, the captain who would sail her ship into the contemporary world. “My job is not to do what she did, but what she would have done,” he said. “The good thing about Chanel is it is an idea you can adapt to many things.”

Lagerfeld may have carried out the imagined dreams of another, but he was never in the founder’s shadow. The man has long been both a pop culture and fashion icon, famous for his icy-gray ponytail, thick black sunglasses, fingerless gloves and shirts with starched collars. His quirks were well-known, from his love of Diet Coke to owning 300 iPods, each filled with varying music. 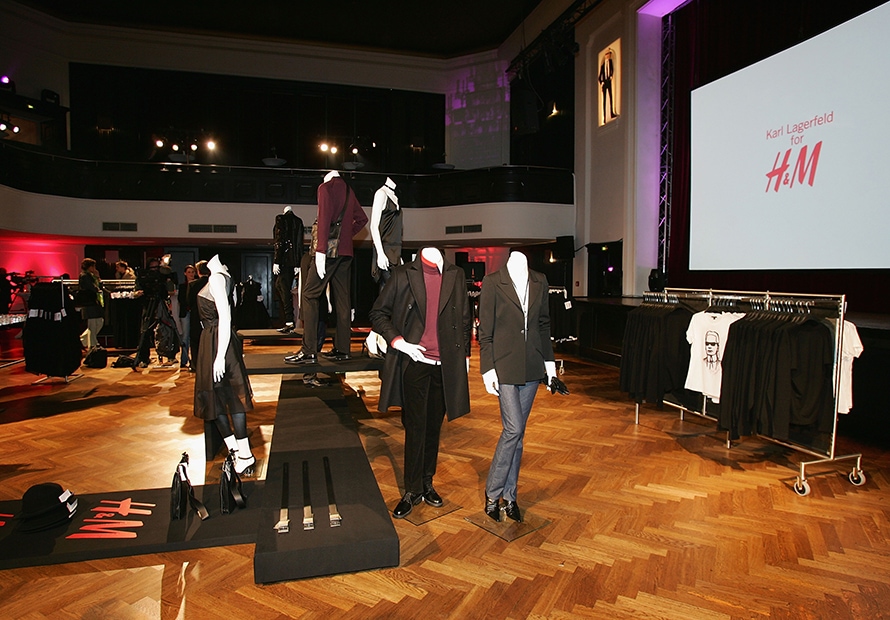 As the modern era unfolded, Lagerfeld only flourished. In 2004, he made his designs accessible to the masses through a collaboration between H&M and his namesake label, the first of its kind at the retailer. He extended his reach beyond fashion, from Barbie dolls to books (including The Karl Lagerfeld Diet, about his weight loss). Even his cat, Choupette, became known in her own right on Instagram and Twitter, securing sponsorship deals.

“Everyone knew exactly who Karl Lagerfeld was and what he stood for,” said Bob Phibbs, CEO of New York-based consultancy The Retail Doctor. “It was his biting personality that was as immediately recognizable as his trademark sunglasses.”

But Lagerfeld’s fame is not untarnished by controversy. Lagerfeld was never one to hold his tongue and has repeatedly made public statements about women’s weight (“No one wants to see curvy women” in fashion, he said in 2009). More recently, he came under fire for a 2017 remark about Muslim migrants in Germany. But Binkley said such comments barely dented his public perception, admitting that in fashion, much is forgiven or “shoved under the carpet.” The fact that Lagerfeld built his career in an era when such statements did not earn the same ire they do today likely played a part as well.

“Currently, (Daddy) Lagerfeld seems happiest in the company of his six-year-old, white-coated Birman cat, Choupette, a “divine,” pampered creature whom the designer wishes, he has said, he could marry.” - @vfvanities ???? Read the full @vanityfair article via #vfvanities bio link dahhhlings!

His public persona certainly had complications, but Lagerfeld’s legacy in fashion is undeniable. When remembering his career, what first comes to mind isn’t an outfit or an item—it’s the world he built. “He didn’t create a new silhouette that we’d never seen before,” said Friedman. “He created an attitude that was truly extraordinary, and that really formed the basis of the whole modern luxury industry.”

Lagerfeld’s ability to market to the masses has made Chanel the quintessence of the modern luxury brand, and its wares a status symbol. Just by virtue of price, Chanel isn’t for everyone, but it’s something everyone could desire. Binkley said Lagerfeld’s embracing of Chanel’s best-remembered pieces—”that little tweed suit, the handbag with the chain and the strip of leather in interwoven into it, the little quilted bag”—was the distilling of ultimate luxury into something anyone who recognized those iconic interlocking C’s could understand.

“Those ideas are incredibly simple, and they get turned out month after month after month until grandmother’s daughters and granddaughters are all carrying the same bag and loving it,” said Binkley. “That kind of consistency of concept is really easy to digest.” 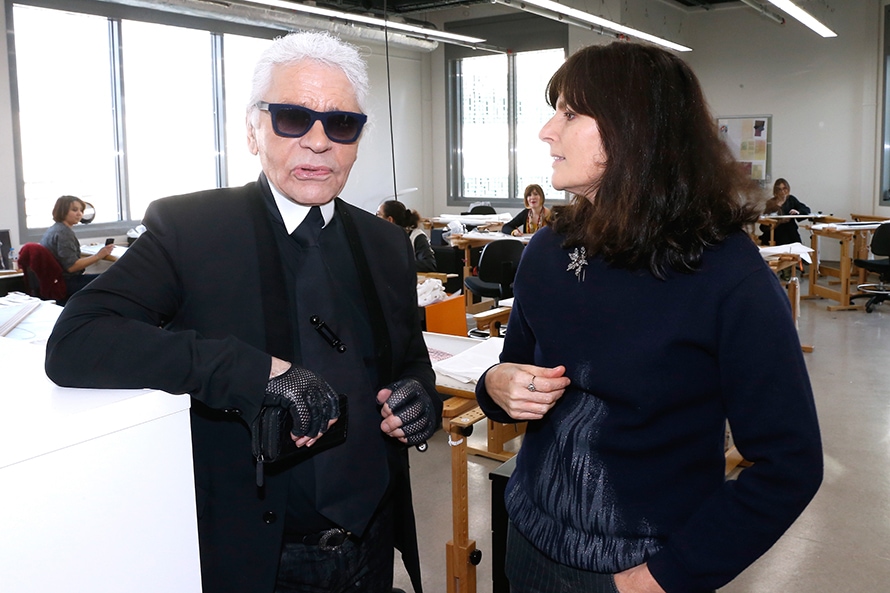 Karl Lagerfeld with his collaborative partner and successor, Virgine Viard.

Viard may be the right person to keep Chanel going now. But in the years to come, Friedman said the brand may try to capture a new form of that magic. Chanel has survived the loss of an iconic designer before, but it needed a visionary like Lagerfeld to usher in its next chapter. “At a certain point, they will need to have someone come in who may—like Karl did—rethink things a bit and update it yet again,” she said. “Redefine it for the next era.” 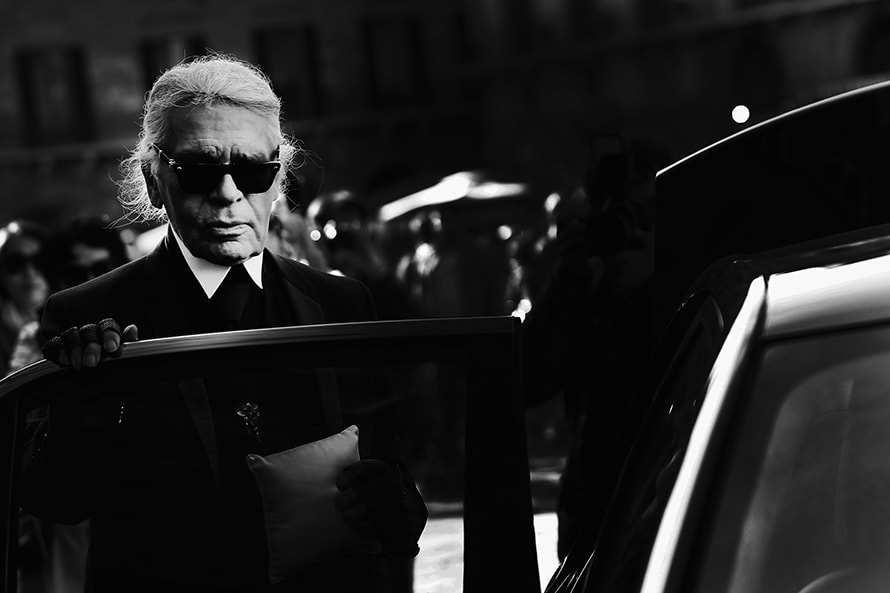