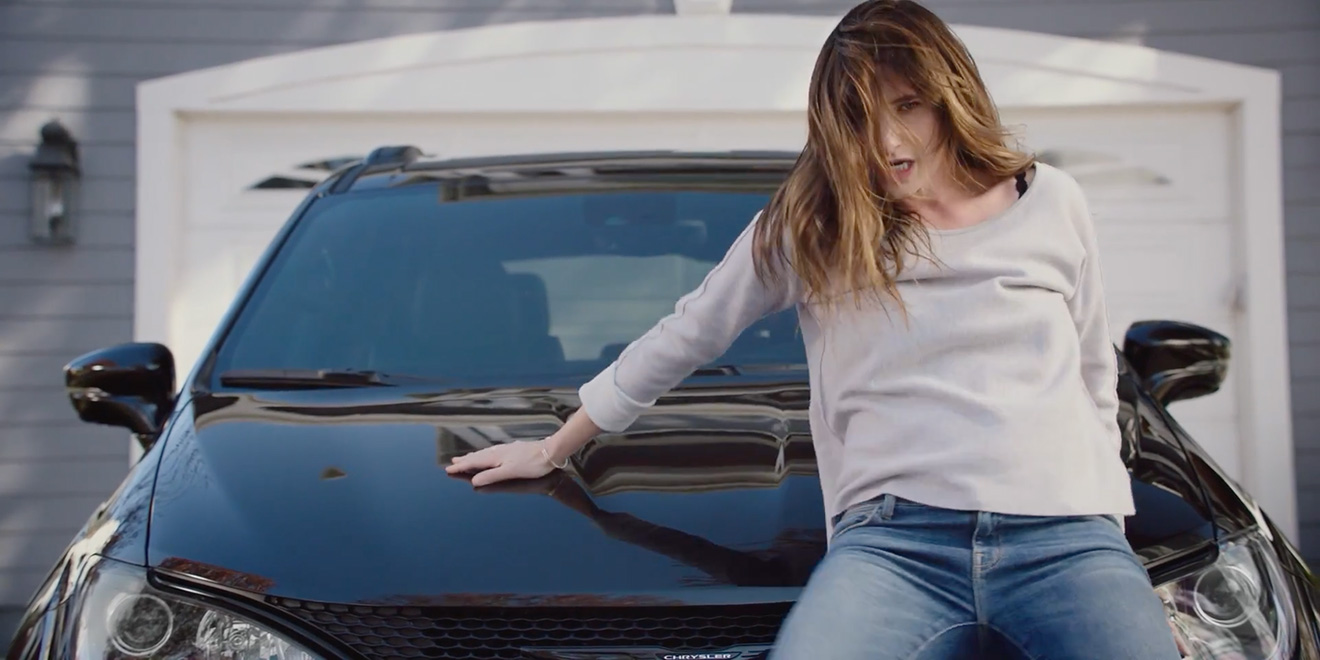 Kathryn Hahn turns in an impressively energetic performance as a fun-loving mom in Chrysler’s new campaign for its Pacifica minivan, featuring five spots in which Hahn doesn’t hold back in portraying her goofy side—much to the chagrin of her kids and friends.

The spots, created by Doner, advertise the Pacifica’s new S Appearance Package, featuring black accents both inside and out. The design gives the Pacifica a “new attitude,” according to the automaker—which is why we get Hahn’s over-the-top but still winning approach to embodying the mom who stays youthful partly by owning one of the less embarrassing minivans on the market.

Check out the five spots below, most of which are driven by music, as Hahn rocks out to a number of notable songs—Juvenile’s “Back That Thang Up,” Fergie’s “M.I.L.F. $,” Montell Jordan’s “This Is How We Do It,” Chamillionaire’s “Ridin'” and Scorpion’s “Rock You Like a Hurricane.”

The five videos will break across TV, digital and online starting today.

“This campaign spoke to me as both a mom who spends a lot of time with my kids while driving and as someone who still likes to turn up the volume after I’ve dropped them off at school,” Hahn, a mother of two, said in a statement.

“When we introduced the first Chrysler Pacifica marketing campaign (‘Dad Brand’) in 2016, we immediately challenged perceptions of minivan ownership,” said Olivier Francois, Chief Marketing Officer, FCA. “Now, with the introduction of the Chrysler Pacifica S Appearance Package, we’ve paired it with actress Kathryn Hahn, who shares her own musical playlist, one that is instantly recognizable and expresses the individuality of our minivan owners. These parents grew up customizing mixtapes, and now they can customize their minivan with the same style and attitude.”