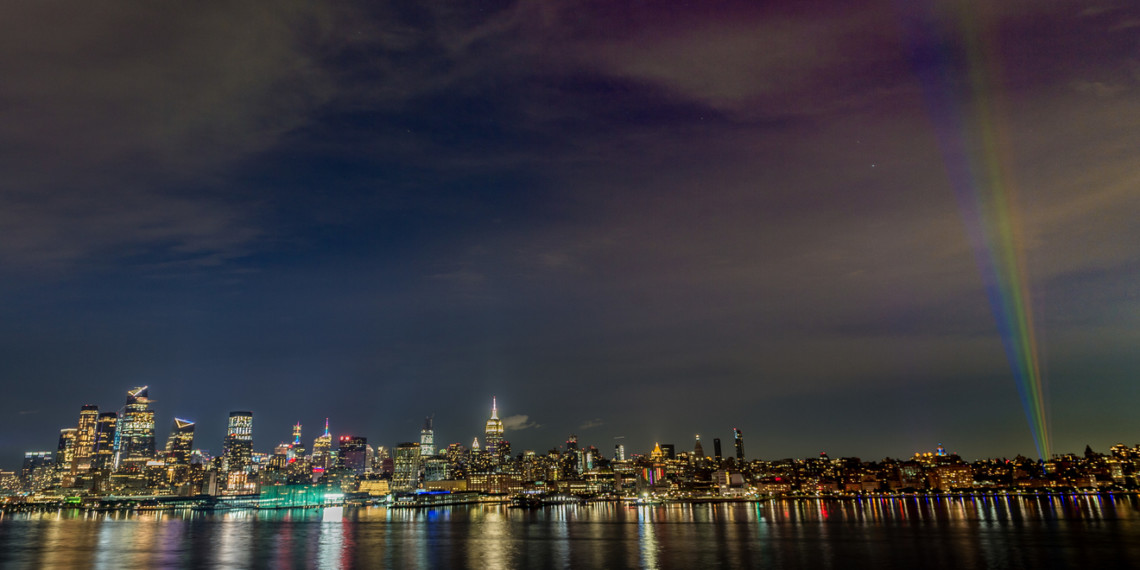 Global Pride events have gone virtual due to the Covid-19 pandemic, but Kind found a way to physically celebrate the 50th anniversary of New York’s first march.

The snack brand created a rainbow light tribute to join the city’s skyscrapers on June 27 through early this morning. The brand partnered with experiential marketing agency Bankrobber Projects to produce the installation in the West Village on the corner of Seventh Avenue and Christopher Street near the Stonewall Inn, the birthplace of the modern LGBTQ+ rights movement.

The installation was visible across Manhattan as well as from Brooklyn and New Jersey. For those living outside of the city, the brand livestreamed the installation on its website and YouTube channel.

“With our light tribute, we seek to keep the spirit of Pride Marches alive while inspiring future generations to continue demanding freedom, respect, and equality for all,” said Daniel Lubetzky, founder and executive chairman of Kind, in a statement. 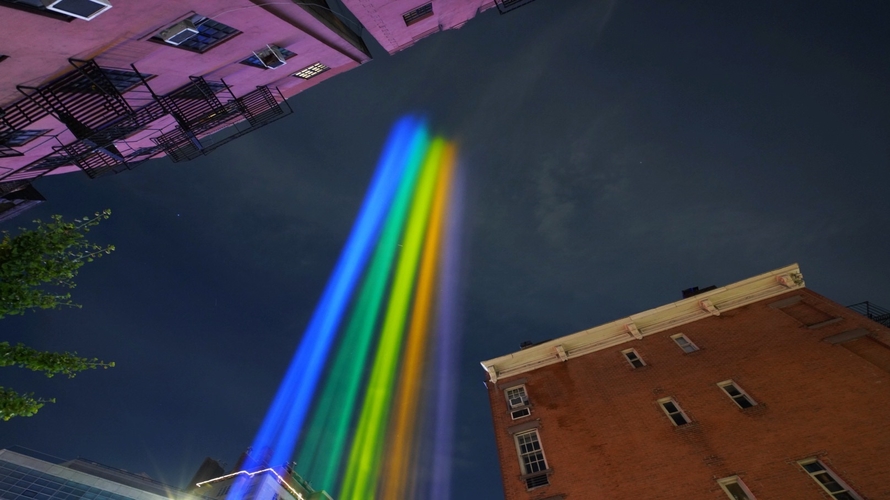 The brand teamed with Bankrobber Projects to install the lights near the Stonewall Inn.
Kind

The installation is an extension of Kind’s ongoing partnership with the Ali Forney Center, an organization that supports and protects homeless LGBTQ+ youth, especially youth of color. In conjunction with the tribute, Kind is donating 100% of net sales of its special-edition Pride Bar to the Ali Forney Center, with a maximum donation of $50,000.

“There has never been a more critical time for Americans to remember how Pride all began,” said Alexander Roque, president and executive Director of the Ali Forney Center, in a statement. “About 90% of the homeless LGBTQ+ youth we serve are adolescents of color. The rights our youth have today are because of people, who looked just like them, marched. We’re proud to partner with Kind and hope we can bring more awareness during this revolutionary time.” ­

The brand’s Pride efforts are part of the Kind Snack & Give Back Project, a multi-year program that aims to inspire kindness and empathy through partnerships with organizations including the Ali Forney Center and Hope For The Warriors.

In March, Kind also launched a gender equality campaign tied to Women’s History Month. The brand released a limited-edition Equality bar and created a direct-to-text bot that sent a petition to a user’s state officials asking them to pass the Equal Rights Amendment.