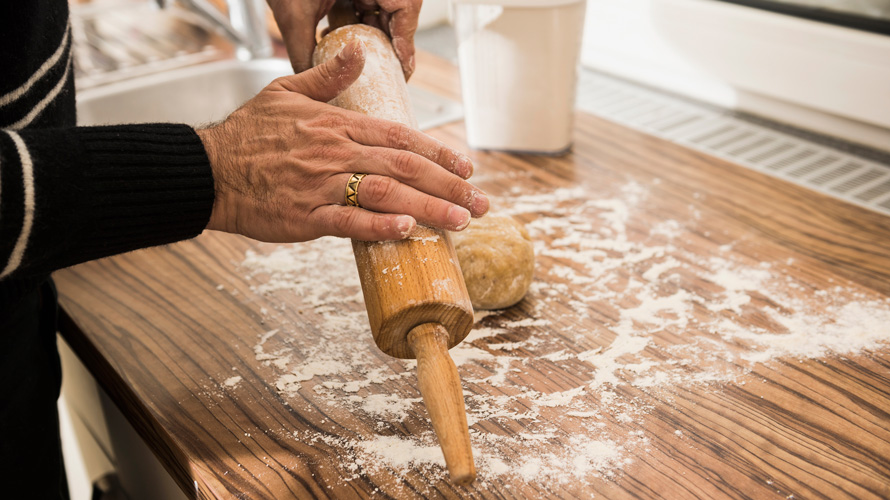 As people shelter in place during the pandemic, many are embracing their inner baker. - Credit by Getty Images

As people around the world look for ways to pass the time while confined to their homes, they’ve embraced their inner baker—as is apparent on social media.

Posts run the gamut, from breads to cookies and pies. And all that baking means it’s not just frozen pizza, toilet paper and hand sanitizer that are hot sellers during the pandemic—ingredients such as flour and yeast have become difficult to find.

Companies reaping the rewards of the baking frenzy include brands such as King Arthur Flour. The maker of the key ingredient said its online sales of all-purpose and bread flour in March were up more than 2,000% year-over-year.

As Karen Colberg, co-CEO of King Arthur Flour, said in an interview with Yahoo Finance, “From my perspective, baking is the new baseball, it’s become the national pastime.”

The spike in demand for flour is indicative of broader sales increases for producers of all sorts of baking ingredients such as yeast and sugar.

With the increase in demand—and more people seeking out the brand online—King Arthur has benefitted from an active embrace of a more digital strategy in recent years, with a focus on its direct-to-consumer channel.

The 230-year-old company teamed with software provider Acquia and digital agency Third and Grove to overhaul its online experience. That effort included adding a collection of original recipes online, baking how-tos, an online shop and live chat for novice bakers.

In particular, Acquia’s mandate was to build a content-heavy digital presence that would drive online purchases, while improving the usability and integration of the site, such as simplifying recipe pages to highlight key information.

Pageviews are up three times what they would normally be this time of year and setting new traffic records on a weekly basis, according to King Arthur, including nearly a million site visits last Sunday. Among the most popular topics is sourdough, with the starter recipe racking up about 1.3 million pageviews.

A King Arthur spokesperson noted that it recently contacted the software company to bolster its server capacity to handle the recent surge in traffic. The flour maker normally sees peak traffic in November, especially the day before Thanksgiving.

During the ongoing pandemic, King Arthur is also catering to an audience that’s baking more frequently by producing additional content. This includes The Isolation Show, available on Facebook, with tips such as how to make sourdough starter. Hosting it on the social platform also provides visitors the opportunity to chat with fellow bakers.