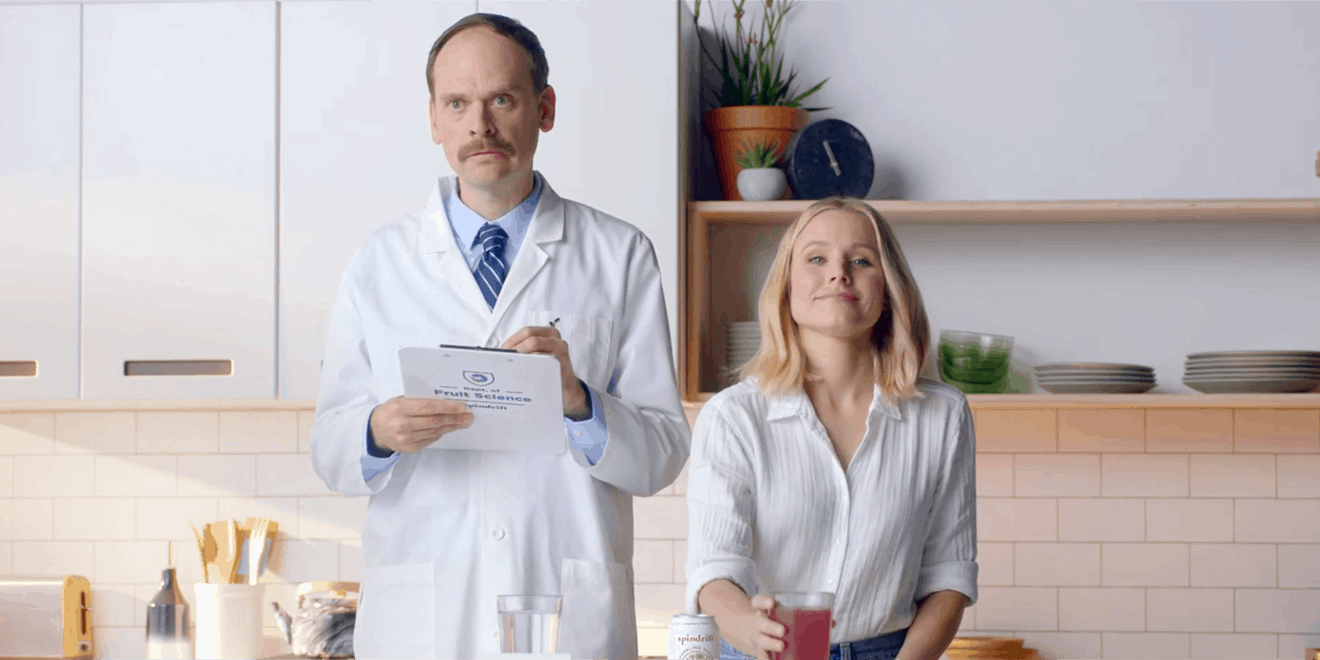 Spindrift is heading into summer with a multi-million-dollar campaign that it hopes will help the nine-year-old sparkling water brand stand out in what has become an increasingly crowded category.

Created by L.A. shop The Many (formerly Mistress), the effort continues a message that Spindrift began spreading last year as part of its first big advertising push, in which Kristen Bell touted the brand’s simplistic ingredient list (it’s squeezed fruit and sparkling water).

Now Bell, dubbed a “superfan” by the brand, is back this year for another go-round. This time, she employs a “show don’t tell” approach by pouring a can of raspberry lime Spindrift into a glass to prove that it, you know, actually has the color of said fruit in it and isn’t just a clear carbonated beverage with mysterious “natural flavors.” After all, she quips, there’s no such thing as a clear raspberry.

It’s a strategy that could serve as a differentiating factor for the brand as it continues to go up against a flurry of rivals in the space, some of which now include CBD. Considering brands like La Croix have recently come under fire for not being transparent about how exactly they flavor their products, messaging that very distinctly conveys Spindrift’s use of real fruit will likely go over well, at least among health-conscious types.

The campaign also includes a series of quirky 15-second ads that show an eclectic mix of people attempting to make their own version of Spindrift at home. In one, a bodybuilder makes a mess when he aggressively squeezes an entire grapefruit into a glass of sparkling water, the idea being that while the drink is technically simple enough to make in your own kitchen, it’s best to just leave it to the pros.

In addition to video, the effort includes print, social, audio, search, influencer, in-store and experiential sampling elements. The brand is running 15-second audio ads on Pandora and Spotify that feature Bell’s voice as well as a “fruit-themed” mixtape purportedly curated by the actress, including songs with fruit in the title or in the artist’s name.

Much like the spots, the print work makes it clear that Spindrift has nothing to hide when it comes to how its drinks get their flavor. 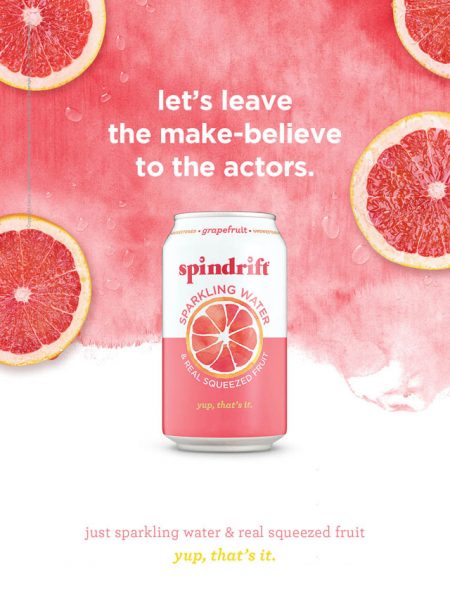 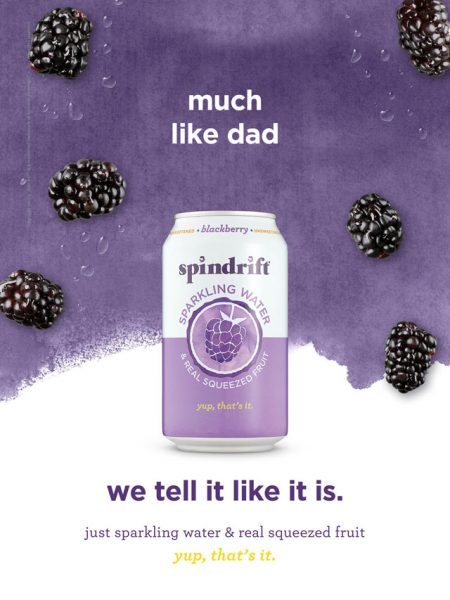 Caroline Kibler, svp of marketing at the company, said that the “tell it like it is” attitude of the campaign isn’t necessarily geared toward a particular age demographic or audience but rather fans of sparkling water who might be looking for an option that’s rooted in real ingredients instead of nebulous flavors or sweeteners.

“We are still relatively new on the scene even though we are growing extremely fast, so the aim of the campaign this year is really to hit home that point of difference,” she said. “We can trace every single ingredient that we use back to the family farms where we source our juices and purees. It’s really trying to reinforce what makes Spindrift unique and special and to get people rethinking their current options.”

Damien Eley, executive creative director and co-founder of The Many, said the creative strategy behind the campaign largely involves highlighting the authenticity of the product itself.

“There are so many factors in one’s life that are complicated or inauthentic. Even just navigating your own presence on social media is pushing up against a lot of that complexity and inauthenticity,” he said. “Reminding people that there’s just this simple, authentic thing that’s out there has been fun to do.”