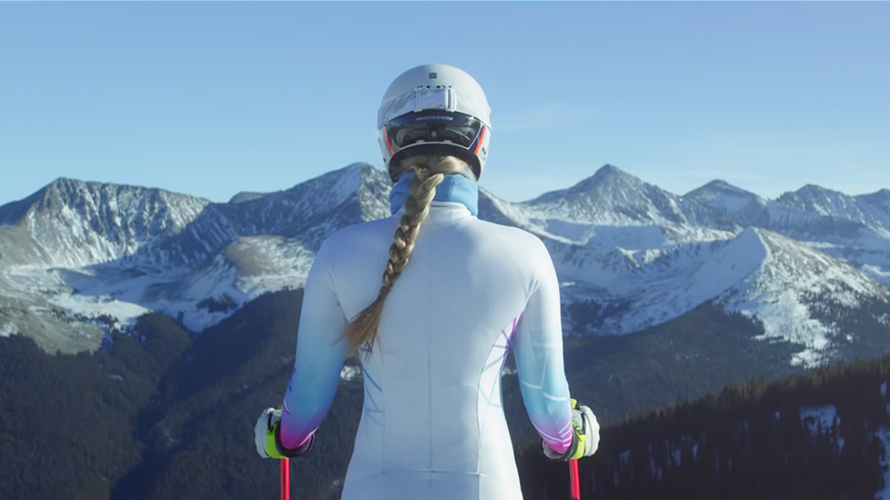 All week long, NBC Sports rolled out five 60-second spots that it will air during Super Bowl Sunday as part of its “Best of U.S.” campaign for the Winter Olympics, which start just four days later. Now, NBC Sports has announced that the promo with gold medalist skier Lindsey Vonn will be featured in the campaign’s sole in-game spot.

The spots—which are from Anomaly and directed by Paul Hunter—focus on five athletes favored to win a medal in Pyeongchang. Each athlete has a unique story and represents the core values of Team USA Olympians. They are “value stories told through the lens of an athlete’s history,” Jenny Storms, CMO, NBC Sports Group, said last month.

The in-game promo, which will air after the first halftime studio segment, is set to Alicia Keys’ “Girl On Fire” and chronicles Vonn’s skiing life and her resilience after several serious injuries. The halftime spot will be included in USA Today’s Ad Meter, which NBC Sports says is a first for a spot from a media company broadcasting that year’s game.

While NBC Sports has been touting the spots as “Super Bowl ads,” they’re actually promos, as the company did not pay for advertising space during the game. But the five spots would account for more than $20 million in monetizable inventory, including $10 million for Vonn’s in-game promo alone.

The other four “Best of U.S.” promos will air before and after the Big Game: One will run during pregame, one in “pre-kick” immediately before the game, one in postgame coverage and the remaining promo during the post-Super Bowl episode of This Is Us.

The spot for skier Mikaela Shiffrin focuses on determination and her “A.B.F.T.T.B.” mantra: Always Be Faster Than The Boys.

Snowboarder Chloe Kim’s promo centers on sacrifice and her dad, who quit his engineering job to help Kim realize her Olympic dreams.

And the spot for snowboarder Shaun White spotlights redemption following his fourth-place finish four years ago in the Sochi Games.

“They’re really powerful,” NBC Broadcasting and Sports chairman Mark Lazarus said last month. “We think they’ll stand up with the rest of the advertising that people have bought to stand out on Super Bowl Sunday and draw people to the Games.”

“We wanted to see how they would rank next to all the ads from the past few years, and they were superb,” Lovinger said. “Very good results.”