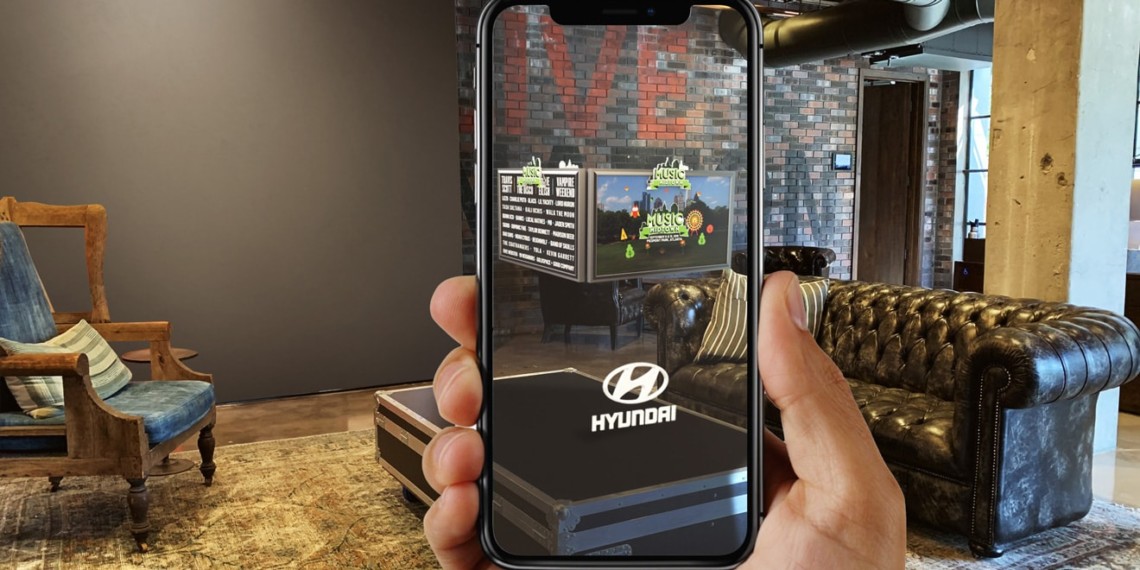 Live Nation wants to create a digital duet with its real-life concerts by adding a new suite of augmented reality tools for sponsors and music fans alike.

At the Cannes Lions International Festival of Creativity, the company today unveiled a number of new AR features that it hopes will be used by brand sponsors and festivalgoers to create new ways of reaching consumers and to provide new engagement during major festivals and at home.

Although the AR tools are on display in France this week, they’ll officially debut this fall at the Music Midtown festival in Atlanta, when Live Nation partners with Hyundai to promote the auto brand’s 2020 Sonata. That includes creating an “AR VIP Access” feature that lets people get a backstage—or other exclusive—view of a show not possible with general admission tickets. Another component sponsored by Hyundai includes an AR livestream so viewers can stream an AR version of a concert from any flat surface at home—complete with an AR version of the Sonata for people to virtually explore.

There are other uses of AR coming to future festivals. Live Nation is also building an AR photo app, inspired by the traditional photo booths that have become ubiquitous with any event. However, instead of making something that has to be moved in real life from place to place, the AR version creates a digital backdrop that can be branded or themed. Yet another lets fans point their camera at the stage in between bands for an AR intermission featuring animations and music.

According to Kevin Chernett, evp of global partnerships and content distribution at Live Nation, 66% of fans surveyed want ways to merge the digital and physical experiences at a music festival.

“What we realized is that, especially at our festivals, we have fans sitting there for 40 minutes waiting for the next band to take the stage,” he told Adweek.

According to the companies, the partnership with Hyundai has been in the works for more than a year. And while Hyundai has done some AR and virtual reality testing in the past, the rollout this fall will be the first attempt at using AR to reach a larger scale of potential customers.

Dean Evans, chief marketing officer for Hyundai Motor America, said using emerging tech is a way to associate the new car with innovation. He said the midsized sedan segment of the auto market over the past few years has been a “boat anchor.” However, the new model for the 2020 Sonata hopes to change that.

“If people say, ‘Wow, that’s a high-tech car with a high-tech experience,’ and they don’t buy, it’s (still) a brand move and I like that,” Evans told Adweek.