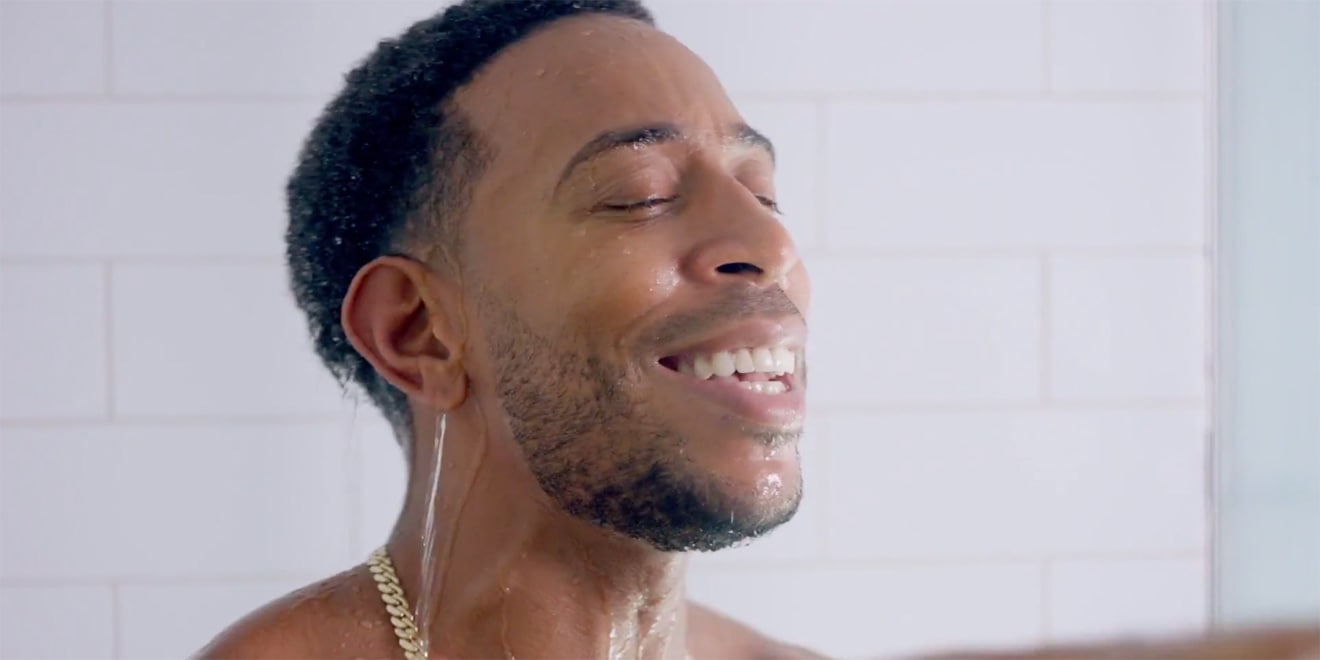 The platinum-selling Dirty South rapper, actor and entrepreneur appears in the spot below, lathering up and vocalizing in the shower.

His lyrics, however, aren’t the usual rapper’s delight. Instead, after reading best-selling children’s book “Chicka Chicka Boom Boom” aloud to his son, he’s got the title phrase stuck in his head:

Created by Harry’s in-house creative unit, the spot’s goal was to portray the product as a fun, frothy addition to guys’ daily shower routines. “So, we needed a way to show it, to demonstrate it, and capture the feeling that a Harry’s shower provides—and that’s how we landed on the idea of a shower worth singing about,” Lorna Peters, the brand’s marketing vice president, tells Adweek.

When it came time for casting, the team recalled a video of Ludacris rapping the text of a different children’s book—“Llama Llama Red Pajama”—and figured he’d make the perfect sudsy pitchman.

“We always try to be thoughtful as to how we portray men, and so the idea of showing Ludacris as a dad, and leaning in to that side of him, was really appealing to us,” says Peters.

The spot seeks to resonate in a relatable way with men—especially those who already use Harry’s shaving products—without trading in macho/sexy category tropes or sophomoric humor.

“And as for the song, we just love the ‘Chicka Chicka Boom Boom’ book and thought it would work really well for the creative idea,” she says. “It’s a book Ludacris reads to his daughters, so it felt really authentic for him.”

The artist served as a creative partner throughout.

“Ludacris brought along his own team to lay down a beat for the performance,” says Peters, “and he came to the edit to help us get the final cut and sound just right.”