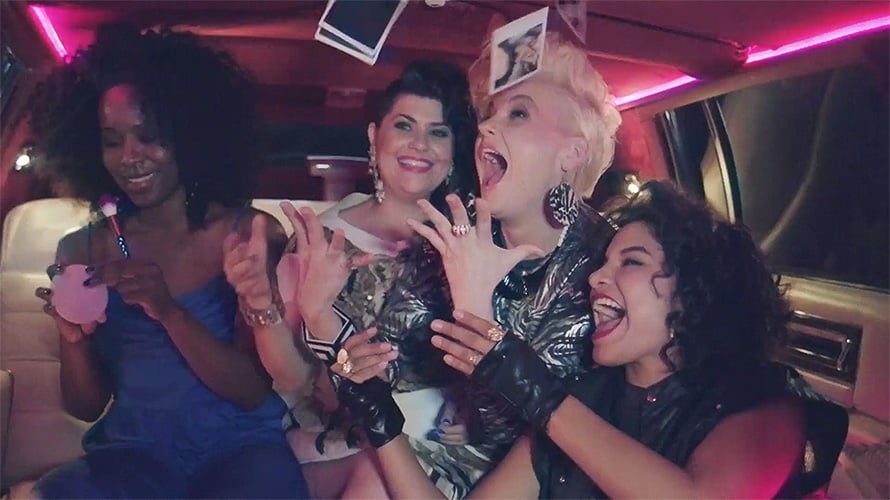 Ride around town in a stretch limo, courtesy of Lyft and Netflix. - Credit by Lyft

Get ready for a quick trip back to the 1980s, thanks to a partnership between Netflix’s Glow and Lyft.

Lyft users in Los Angeles and Las Vegas will have a chance to ride around town in Melanie “Melrose” Rosen’s stretch limo seen in Season 1 of the show about female wrestlers. Lyft released a short teaser of the experience, featuring a few cast members doing their best karaoke rendition of Bonnie Tyler’s “Holding Out For a Hero” to give riders an idea of what to expect if they’re lucky enough to score a ride.

The limo will be driving around L.A. on June 29 and in Las Vegas on June 30. If you can’t catch a ride in it but are in the L.A. area on the 29th, Glow and Netflix will be hosting a Season 2 kickoff party at Muscle Beach, where fans of the show can take exercise classes and catch up with some of the cast.

For those not in either of the cities, Lyft created an ’80s experience in the app, transforming traditional car icons into ’80s decals.

It isn’t the first time Lyft has teamed up with a Netflix show to deliver a unique rider experience. In October, the two companies teamed up to create “Stranger Mode” ahead of the new season of Stranger Things.

The stunt comes just in time for the debut of Season 2 of Glow on June 29.