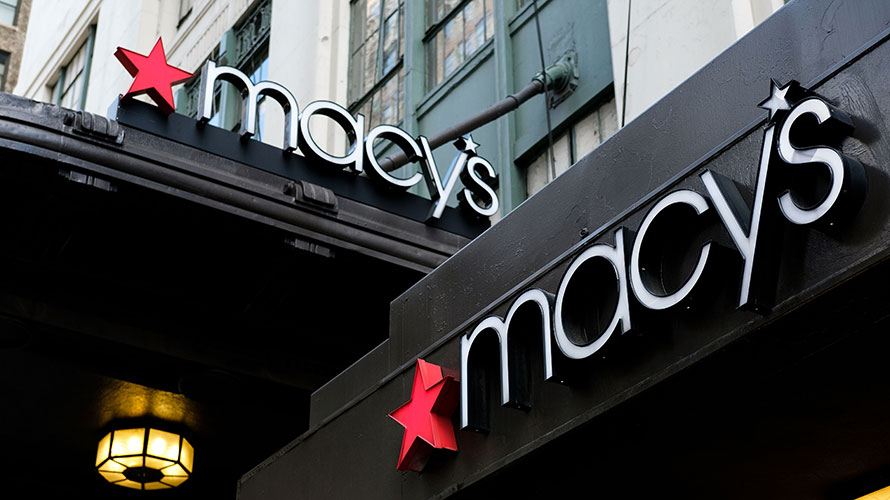 When it comes to influencer marketing, more and more brands are looking to established bloggers or Instagram superstars with six-figure follower counts to promote their brands. Macy’s, however, is taking a different approach. The retail giant is instead searching internally within its store and corporate employees to find its next influencer partnership.

This month, Macy’s is ramping up the Macy’s Style Crew, a brand ambassador program open only to Macy’s employees. After test-driving the program with limited applications, all store and corporate employees across the country are now invited to apply.

Members of the Style Crew act as Macy’s influencers, but with a deeper connection to the brand itself, said Cassandra Jones, svp of fashion and digital strategy for Macy’s. The chosen staffers will routinely share Macy’s-sponsored posts to their respective social media feeds, including short video clips made in partnership with both Macy’s and global creator network Tongal.

PRESS PLAY!▶️ dat new new a la #macysstylecrew ???? playing in the park is so much more fun in these bell sleeves & bell bottoms! ???? wearing RED which symbolizes the desire to experience the fullness of living ❤️ outfit available only at @macys, linked here & in my bio ???????? http://indi.com/p/97dhf/9dz7v ????: @calebvanvoorhis @tongalteam @indichallenge #indi_9dvzc

A hefty social following isn’t a prerequisite for admission to the Style Crew. Rather, Jones said, the platform is intended to help members “build their social voice,” adding that the company wants members “to bring the same zest and panache they exhibit in their everyday lives, both here at Macy’s and when they’re out and about.”

The brand calls the Style Crew a “social selling” initiative, and members will be financially rewarded if their content converts into sales for the brand. Those who are accepted will have access to a training series providing tips for growing their social media audience, as well as behind-the-scenes looks at Macy’s latest product offerings.

The growth of the Style Crew doesn’t mean that Macy’s—which recently named Spark Foundry and Digitas as its new media agencies—will be ignoring other influencers entirely. Jones called it “one mechanism to drive freshness and relevancy,” adding that it “will complement the many different marketing and social tactics used to engage with our customers.”

However, these internal influencers have something that those outside the company don’t: a real knowledge of and connection to the brand. (Plus, Macy’s already vetted and approved them when they were initially hired.)

“Macy’s employees are passionate about design and aesthetics,” said Jones. “It makes sense to engage and empower them to showcase what’s new and next to our customers.”

Though trainings may exist, the Style Crew program is all about individuality, according to the store. “We encourage you to spark your creative spirit and take initiative to understand how to best connect to your individual network, to service the customer in a new way,” reads an FAQ page about the program on the Macy’s website. In their videos, Style Crew ambassadors are encouraged to show off their personality and put their own unique touch on the video.

In one video, Jordan Gill (also known as @newyorkcitystylist), a Macy’s Style Crew member and associate buyer for the store, walks around New York in head-to-toe Macy’s items.

PRESS PLAY!▶️ dat new new a la #macysstylecrew ???? picking out fresh flowers for me is relaxing, satisfying & maybe the cheapest activity in NYC! ???????? this is my absolute FAVE outfit in this video series so far, @incinternationalconcepts killed it with this one ???????? obsessed with the 70s vibes & it still feels so fresh & new ✌???????? outfit available only at @macys, linked here & in my bio ???????? http://indi.com/p/97dhf/9dvpv ????: @calebvanvoorhis @tongalteam @indichallenge #indi_9dpcx

In another, fashion blogger Courtney Seamon, who works in product development for Macy’s, creates a Thanksgiving cocktail that she pours into a Moscow mule mug from Macy’s.

THAKSGIVING IS UPON US!! Which means only one thing... awkward conversations with your awkward relatives shoving your faces with food and watching football games you don't care anything about. So we got you all just the recipe to make it alllll worth it! Easy. Simple. Kinda strong. Moscow mule. Click link in bio for more! #macysstylecrew @indichallenge #indi_99tc7

This new influencer network is working: According to Glossy, one Style Crew member sold $15,000 worth of bags in a week. And as foot traffic in malls continues to dwindle, the Style Crew program gives consumers a reason to visit a Macy’s brick-and-mortar location.

“Customers [will] get to know Macy’s Style Crew members,” said Jones. “Some may work in their local store, and shoppers will come in and engage with them directly.”

Like most department stores in the ongoing retail apocalypse, Macy’s has suffered financially in recent years, shuttering several stores. However, the end of 2017 signaled a turnaround for the brand, with higher earnings per share than expected. The growth of the Style Crew program points to a renewed focus on e-commerce and digital sales while remaining true to the Macy’s vision.