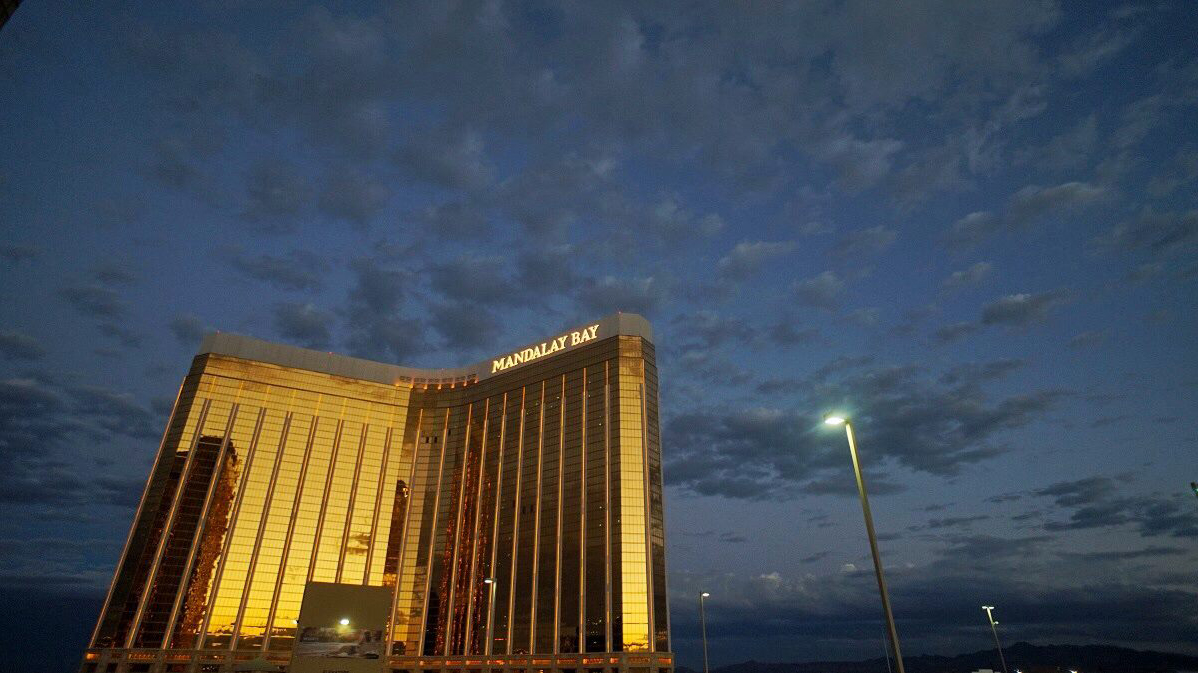 MGM Resorts International released its first corporate branding campaign two weeks before a gunman turned one of its resorts into a perch for the country’s deadliest mass shooting. The entertainment company shut down the campaign Sunday night as its employees worked to help the wounded, said Lilian Tomovich, MGM’s chief marketing and experience officer, at the ANA Masters of Marketing conference in Orlando, Fla., today.

The ill-timed campaign from McCann was called “Welcome to the Show” and featured a line that MGM had “one mission: blow the mind of all mankind.” You can watch the 60-second TV spot below.

https://www.youtube.com/watch?v=930JwVp3Qu4
Tomovich had clearly planned to unveil a success story at the conference, where CMOs of major companies like Walmart and P&G share their greatest challenges and triumphs in TED-style talks to thousands of marketers. But instead, she spoke of how her city and co-workers are reeling. The gunman fired shots from a window of the Mandalay Bay resort, which MGM owns.

“I wanted to take a moment to recognize the events of Sunday—the horrific, inexplicable events of Sunday night in Las Vegas,” Tomovich said. “When I was on a plane last night flying here, the first time in four days I had a chance to think, and I was wondering what I could say to this lovely audience here, and I guess my message is just one of deep, deep gratitude for all of the support that we have received not only from the community in Las Vegas, the city, the country and frankly the world.

“It’s been overwhelming and graciously accepted and is really what has been keeping many of us going through the dark, dark days that we’ve had. So I wanted to say thank you, and I wanted to let you know that I’m really here today not only representing MGM Resorts but Las Vegas and the strength of that community to move on.”

The CMO said her presentation, which included the TV spot, was prepared before Sunday’s events. “Please, if you could understand, some of the material that you will see in here reflects the campaign that we launched, unfortunately, about two weeks ago and then immediately shut it down on Sunday night,” she said. Tomovich did not say if the campaign will resume.

MGM spent 18 months crafting and implementing the initiative internally before debuting its integrated campaign to the public. The goal was to transform it from a hotel and casino business to a global entertainment brand, a move it saw as vital after the recession of 2008 nearly bankrupted the company.

The brand landed on the name “Welcome to the Show” and put a huge emphasis on training its 77,000 employees to think of themselves as showrunners, elevating the customer experience to stand out from competitors. The chairman and CMO gave speeches in ballrooms around the country to make sure all workers understood the new mission, and company made print ads that highlighted real workers with the tagline “this is my stage.”

Every employee received access to a hotline to resolve customer complaints on the spot, the ability to offer comps and the acronym SHOW as a customer service guide: Smile and greet, Hear their story, Own the experience, Wow the guest.

That training helped some employees through this week’s darkest moments, Tomovich said.

“I can tell you, I would have never known this a year ago, but with the tragedy that took place Sunday night, I can’t tell you how many people told me that this actually helped them get through it. Employees that were just completely at a loss and were [finding] guest who desperately needed help, they thought back to this springboard and said, ‘Let me smile, let me hear their story and let me help them,” she said. “This, in hindsight, was an incredibly powerful tool for us the past four days.”