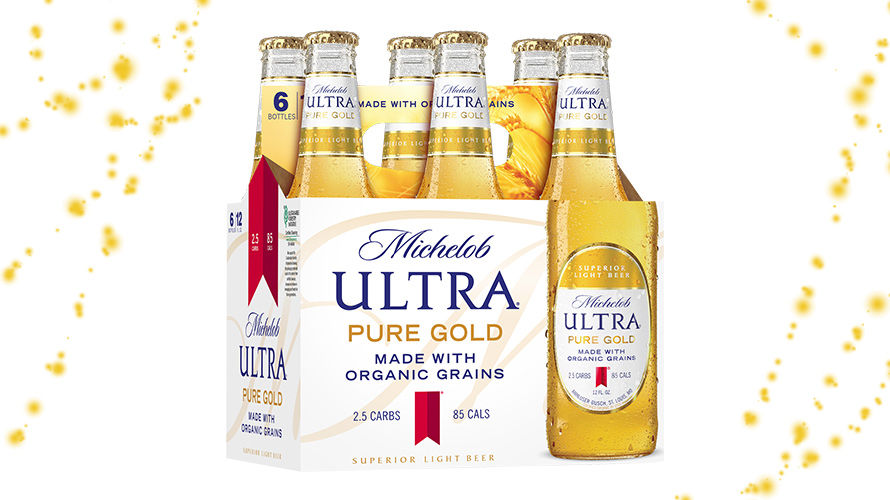 The Anheuser-Busch brand has unveiled a new premium brew, Michelob Ultra Pure Gold, which is made from organic grains. It is 85 calories and has 2.5 carbs, according to the company.

“Since the brand was founded in 2002, we’ve been committed to innovation,” said Azania Andrews, vice president, Michelob Ultra. “We were the first brand to align ourselves to the health and wellness space. As we look to the future we want to keep leading the way.”

Andrews continued: “Organic as a trend in food and beverage is something we’ve been watching and we felt like there was an opportunity for us there because currently there’s not a mainstream, big brewer producing a premium light beer that’s made with organic grains.”

The company, which has been working on Pure Gold for the last couple of months, got its brewery in Cartersville, Georgia certified as an organic brewery in order to produce the new product.

To promote it, the company is using a local and digital media campaign from digital shop Laundry Service. It has partnered with pro surfer Kelly Slater, who will serve as a brand ambassador. A television campaign from creative shop FCB is planned for the spring.

“As a professional athlete, I strive for balance in my life—something that Michelob Ultra stands for,” said Kelly Slater, in a statement. “Whether you’re a pro athlete or just someone looking for organic ingredients, it’s a choice that everyone can feel good about.”