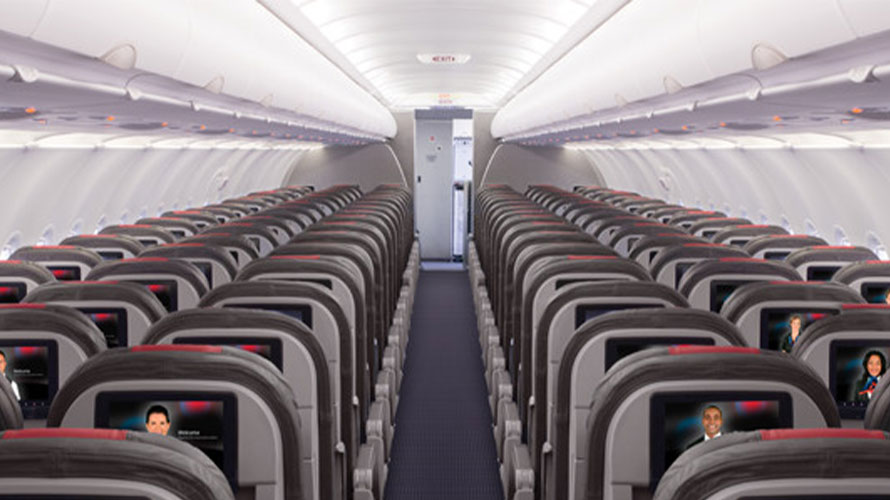 As Americans begin to travel again, airlines are adding routes to carry passengers. But a total recovery isn’t yet in sight.

Last weekend showed signs of progress, as the Transportation Security Administration logged the busiest weekend since mid-March with more than 1.8 million travelers passing through America’s airports.

But that number still represents a steep decline over last year, when more than 7.7 million travelers took to the skies. Additionally, those figures could fall right back down as Covid-19 cases are spiking again in Florida, Texas and California.

“We’re still closer to the bottom than the top, that’s indisputable,” said Seth Kaplan, an aviation expert.”It’s going in the right direction, but let’s see now what happens with these new outbreaks.”

Still, the airline industry is taking tentative steps toward recovery by reintroducing routes that had been put on hold at the height of the pandemic. This week, United Airlines announced that it would add nearly 25,000 flights in August, tripling the size of its schedule and flying roughly 40% of its fleet capacity when compared to August of 2019. The airline even sited the TSA traffic levels in the announcement.

“We’re taking the same data-driven, realistic approach to growing our schedule as we did in drawing it down at the start of the pandemic,” said Ankit Gupta, United’s vice president of Domestic Network Planning. “Demand is coming back slowly and we’re building in enough capacity to stay ahead of the number of people traveling. And we’re adding in flights to places we know customers want to travel to, like outdoor recreation destinations where social distancing is easier but doing so in a way that’s flexible and allows us to adjust should that demand change.”

American Airlines announced the addition of nearly 1,300 new daily flights in July, up to nearly 3,500 flights from 2,100 flights. Those numbers are still nowhere close to where the airline was at the same time last year—American was flying more than 6,700 flights last July. It is now flying roughly 55% of its domestic capacity.

“If you’re at a low capacity, offering a very small number of flights, you can defer a bunch of operating costs,” said Stephen Trent, a financial analyst who covers the airline industry. “But, as traffic flow starts to spool up, some of those costs come back. My guess is they’re doing the math. They’re trying to generate more cash.”

A week ago, JetBlue announced that it would add 30 new domestic routes—routes that it didn’t even fly pre-pandemic—to its schedule. The locations were selected based on where the airline believed leisure travel was returning, with flights between Newark Liberty International Airport in New Jersey and Austin, San Diego, Las Vegas and Dallas, Pittsburgh and Cleveland.

These new routes are a sign of JetBlue trying to gain market share in parts of the country it hasn’t traditionally operated in.

“Their bread and butter has been flying up and down the East Coast to the Caribbean and transcontinental flying between the coasts,” Kaplan said. “Anything they’ve tried into the middle of the country hasn’t really worked.”

“The airline will remain flexible, allowing market demand to determine how long a particular route continues to operate,”  the company said in a statement.

Conversely, Alaska Airlines pulled back on its schedule after seeing a lack of interest in certain routes.

Despite their new routes, both American and JetBlue declined to provide any ad spend figures or whether either airline would run any marketing—outside of lowering the price of tickets—to tell travelers about the changes. Airline marketing, has, in general, been put on pause during the pandemic. A spokesperson for United Airlines said that all of the airline’s ad spend was currently “on hold given the situation our company is in.”

Beyond schedule changes, airlines are also backtracking on policies put in place in the pandemic’s early days. American has stopped capping capacity on its planes, with every seat filled should a flight sell out. Since April, the airline had capped capacity at 85%.

United Airlines has never capped capacity. Meanwhile, Delta has capped its flights at 60% until Sept. 30, and has blocked out all middle seats. JetBlue won’t seat travelers next to someone they don’t know.

“There’s no question: People care and would prefer to be as far as they can from a stranger,” Kaplan said. “I would rather be 18 inches away from someone—the length of a middle seat—than nothing at all, but am I willing to pay enough of a premium that the math is working out for Delta?”

Although some of these policies may be expensive now, in the longer term, it’s an advantage Delta can afford over its competitors.

“Covid-19 rates are starting to spike again, especially in the Southern states. From a social investment perspective, I would say Delta’s looking pretty good in terms of its efforts to balance profitability with public health,” Trent said. “On the other end of the spectrum, if you had competitors in the Southern states getting rid of load structures [seats], and outbreaks get worse, that would put them in a bad light.”

Of course, no matter which airline they’re flying with, travelers will have to wear a mask, as the industry’s trade group Airlines for America made masks mandatory across the industry on June 15. A week later, Allegiant Airlines, which is not a member of A4A, followed suit.